The East Asian nation has now confirmed 10,661 cases of the virus, which has killed 234 people in South Korea throughout the global pandemic.

A further 8,042 patients have recovered and been released from quarantine, the Korea Centers for Disease Control and Prevention said, while 12,243 others were today undergoing testing for Covid-19.

‘We must not loosen our guard until the last confirmed patient is recovered,’ South Korea President Moon Jae-in said.

Women walk under an umbrella as they pass by a blossoming tree in Seoul, South Korea today

South Korea’s confirmed cases have fallen in recent weeks, after the nation recorded hundreds of new cases each day between February and March.

But despite this rapid downward trend, South Korean officials have warned about the possibility of a broader ‘quiet spread’ when people ease up on social distancing.

President Moon has also urged nationals to support the government in saving jobs and revitalising the economy. 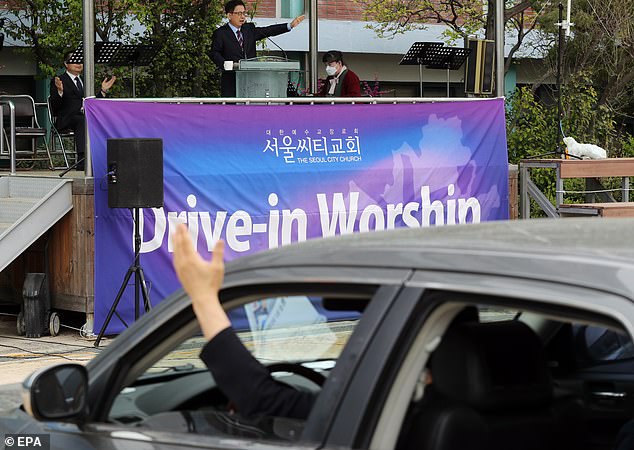 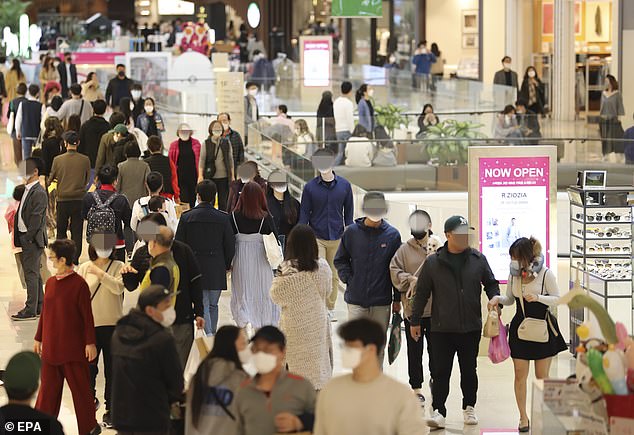 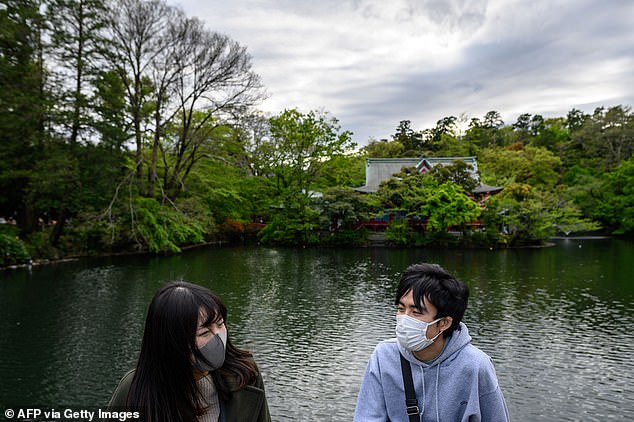 Japan’s infection total is, however, believed to be much higher as the nation has only just begun to expand its testing capabilities with additional centres in Tokyo and beyond.

Doctors across Japan will now be able to send suspected patients directly to these testing sites.

Japan’s Health Ministry has also received reports that some of the cloth face masks it has distributed to households are dirty. Reports from 80 municipalities claim the masks came with stains, dust and other contamination. 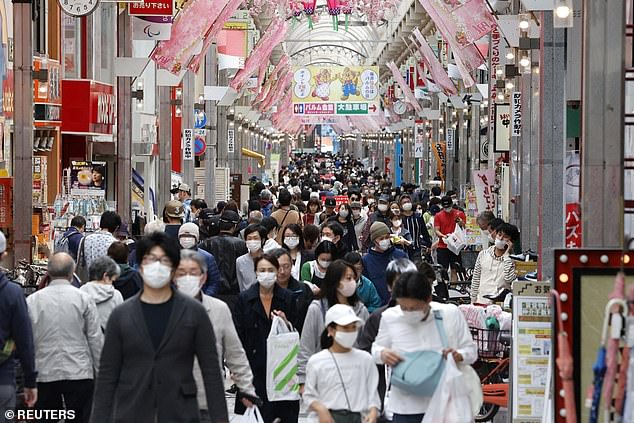 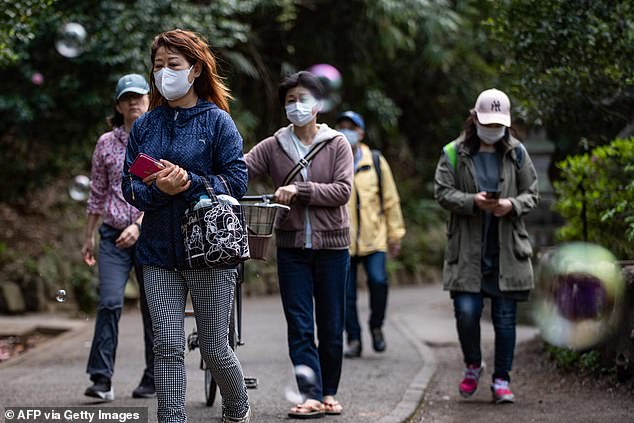 The nation’s total number of cases now stands at 11,073, with 174 deaths confirmed

The dirty masks were among half a million that the government started sending to pregnant women as a priority last week.

The Health Ministry urged mask makers to fix the contamination problem and municipal officials to visually inspect the masks before mailing them.