EXPRESS INFORMER > News & Politics > Sophia Loren says she DID cheat with her co-stars… at scrabble!

Sophia Loren says she DID cheat with her co-stars… at scrabble! Hollywood legend notched up impressive number of wins until Richard Burton rumbled her

Screen siren Sophia Loren has admitted she would frequently cheat on set – at Scrabble.

The Italian-born beauty said she notched up an impressive number of wins against her co-stars until one famous rival rumbled her.

‘I like to cheat because I have fun. It’s funny,’ the Oscar-winning Hollywood legend tells today’s Desert Island Discs.

‘I was cheating Richard Burton a lot and then when he found out he said, ‘I’m not going to play with you again.’ ‘

But Ms Loren says she drew the line at any other kind of cheating and turned down a marriage proposal from Cary Grant on the set of The Pride And The Passion because she was engaged to her late film producer husband Carlo Ponti.

‘When these kind of things happen, on a set, I think that I have always been very careful about it because a set is something, the world is something else,’ she said.

‘You don’t want to wake up and say ‘I have done something I should never have done.’ It’s terrible. No, no, I never went into that.’ 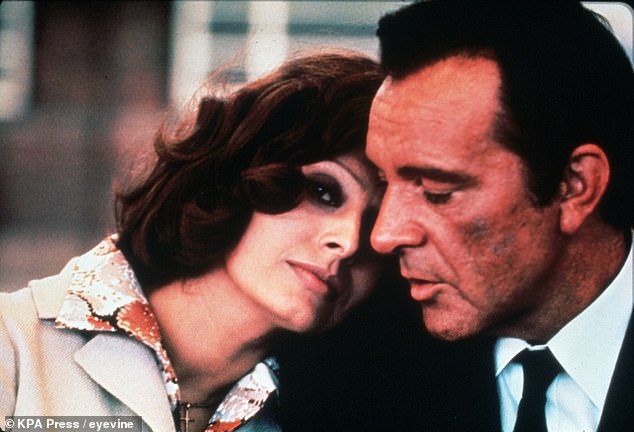 Ms Loren, 86, who was born in a Rome hospital ward for single mothers in 1934, speaks movingly about her upbringing in Pozzuoli, near Naples.

She met her late father Riccardo only two or three times. She chooses a recording of Lara Says Goodbye To Yuri from the film Doctor Zhivago, which was produced by her husband, who died in 2007.

‘He had great instinct and was a great artist. I miss him every day of my life,’ she says.

Desert Island Discs is on BBC Radio 4 today at 11am.