Devout Muslim footy star Sonny Bill Williams shares his delight after wife – who transformed his womanising ways – wears a traditional hijab: ‘One of the proudest moments of my life’

Sonny Bill Williams has basked in ‘one of the proudest moments of my life’ after his wife, Alana, decided to wear a hijab.

The former rugby star-turned-boxer, 37, turned his life around after converting to Islam having spent his younger days as a womaniser.

He met Alana Raffie at a retail shop in 2013 and the pair tied the knot just four weeks later after committing to a Muslim courtship and he has since admitted that she makes him strive ‘to be the best husband I could be’.

And on Wednesday, the former All Blacks superstar shared an image of Alana wearing a hijab – a traditional head covering worn by Muslim women – while surrounded by her young family.

‘My wife’s a hijabi!’ he tweeted to his 914,000 followers. ‘Alhamdullilah my wife decided to put the head scarf on. One of the proudest moments of my life.

‘What makes it so special is knowing she has done it for Allah SWT and no one else. May the most high always bless you with good health, contentment & happiness.’

The 37-year-old revealed last year how his seemingly ‘dream’ lifestyle was all a facade before Islam found him.

‘From the outside I was the picture of success but I was deeply unhappy,’ he told the Irish Times. ‘It was a facade and I was still playing some amazing football. 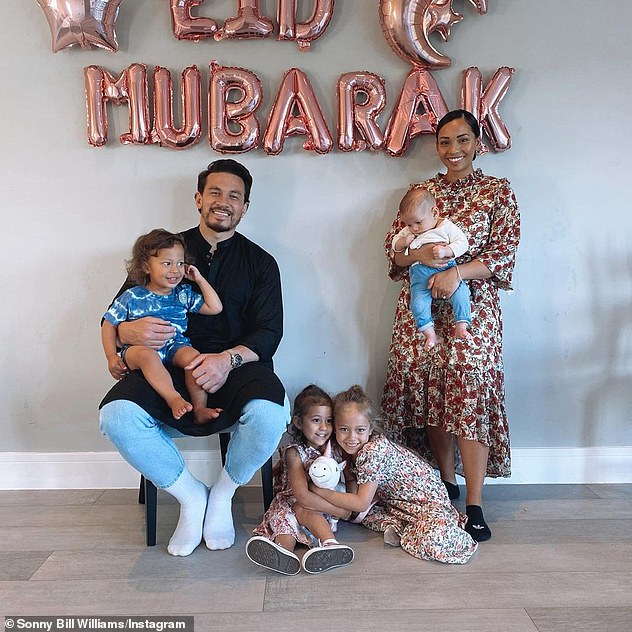 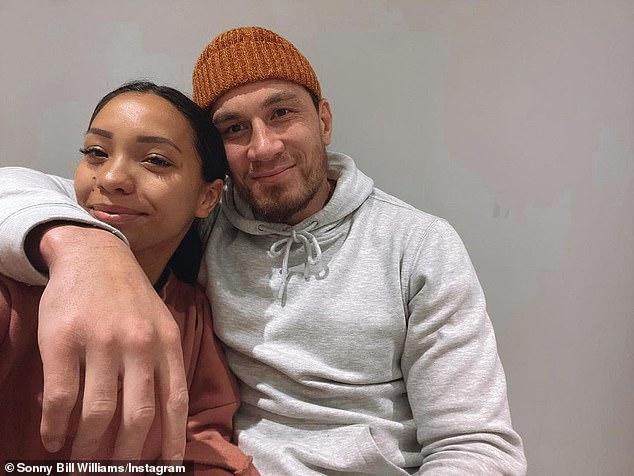 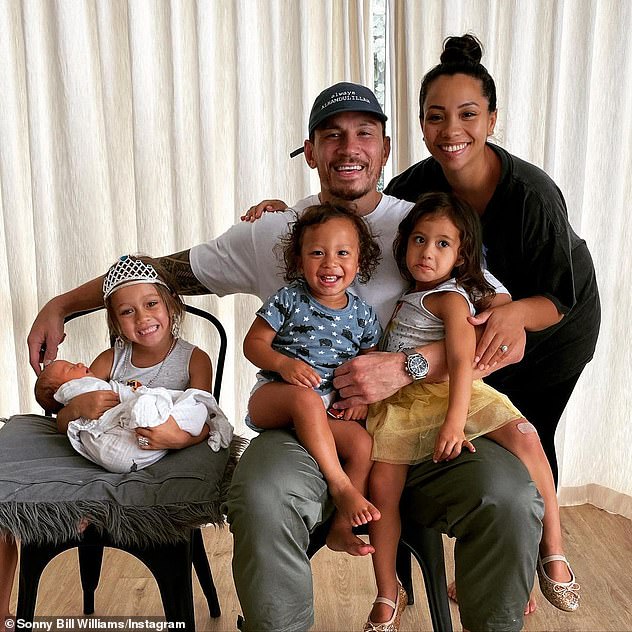 ‘So it looked like I had it worked out. It was down to the choices I was making off the field. It is like Instagram now – we all put the perfect picture out there but behind that is the trials that everyone has.

‘I feel like I am still a work in progress. But at that time when everything looked perfect: I hate saying it like this but it appeared from the outside as this good looking young man who had fame and money and attention from the opposite sex and had privileges.

‘I didn’t say ‘no’ to things. I had a psychotic simplistic mindset that I am going to make it on TV and buy my mom a house with fancy wallpaper. That drove me to crazy lengths and that filtered into the party lifestyle.

‘And it was like: I was performing on the field so I can live how I want, I can have this drug, that drug, be with this woman. I’ve made it now! And when you live a life without boundaries, this is what can happen.

‘With that boundary-less life, I didn’t feel any empowerment. Now, I don’t wake up with a hangover and feeling disgusted in myself and soulless. Now, I feel a life of empowerment.’