Who You Think I Am (Curzon Home Cinema, 15) Verdict: Sexy and beguiling

The pick of this week’s homestreaming options is a pair of foreign-language films. The strange but compelling Bacurau, plunging us into the hinterlands of Brazil, is the kind of modern-day Western that Sam Peckinpah might have made if he were a) Brazilian and b) alive.

The other brings us much closer to home. Bacurau is the name of a small, poverty stricken town in a remote part of Brazil, evidently based on the so-called quilombos, communities built by runaway slaves during colonial times. The town’s matriarch has died aged 94, and her granddaughter has returned for the funeral, bringing a supply of much-needed vaccines for the doctor, beautifully played by the veteran Brazilian star Sonia Braga, to dispense. 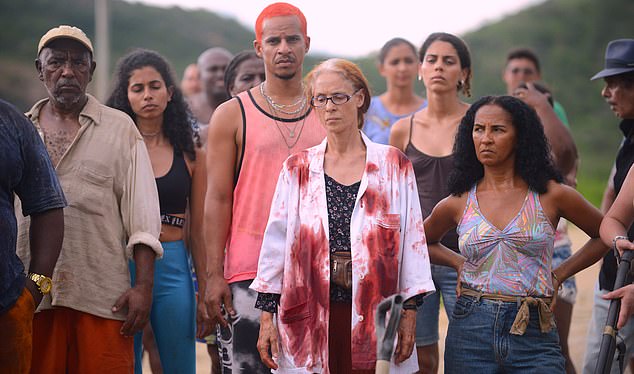 Sonia Braga plays the granddaughter of an impoverished town’s matriarch

Meanwhile, the town’s water supply has been cut off, seemingly by corrupt local politicians. At first, Bacurau, which won the Jury Prize at last year’s Cannes Film Festival, feels like a window into a society with which few of us are acquainted, introducing us to weird rural customs.

But gradually we come to realise that this is not a typical community at all. It’s more like a Brazilian equivalent of The League Of Gentlemen’s Royston Vasey. W hen the matriarch’s son , a respected schoolteacher, tries to show his pupils Bacurau on a map, he cannot find it.

The mobile phone signal has disappeared, too, and someone is operating a drone which looks startlingly like a UFO. Then, indiscriminate murder is added to this cocktail of oddities. It turns out that a posse of foreigners have arrived for a recreational killing spree, turning Bacurau into a Peckinpah-style bloodbath.

The film, directed by Kleber Mendonca Filho and Juliano Dornelles, reminded me of another recent release, The Hunt, but is as slick and sur prising as The Hunt is clunky and predictable.

Who You Think I Am not only brings us back to Europe, but to a film slightly easier to categorise. Juliette Binoche is superb as Claire, a divorced literature professor who, after being dumped by her much younger lover, dupes his flatmate, Alex (Francois Civil) into thinking she is only 24 by creating a fake online identity. 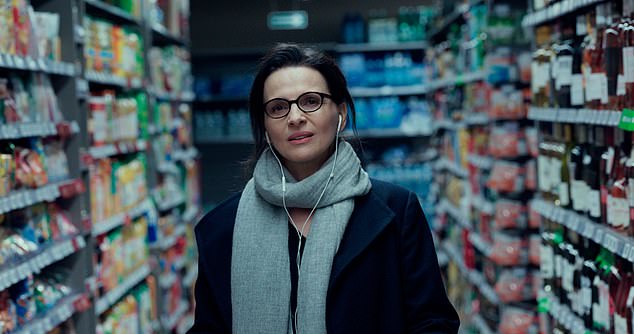 Juliette Binoche stars as Claire, a divorced literature professor whose loneliness motivates her to commit fraud

Quickly, she has to learn what Instagram is and ensure she doesn’t give any clues that she’s actually a middle-aged mother of two, not a hot young intern in the fashion industry, as she claims. Too much more detail about the narrative would take me into spoiler territory, so let’s just say that it builds nicely and, in this day and age, entirely credibly, and that Claire’s sessions with a psychologist (Nicole Garcia) give the story a useful framework.

The same device pops up in The Host, with Derek Jacobi playing the psychologist, but here it just feels hackneyed and pointless. Sadly, that sense of pointlessness permeates pretty much the entire film, from the point very early on at which you realise the protagonist, a hapless London banker called Robert Atkinson (Mike Beckingham), has tattoos in place of a personality.

Robert is a compulsive gambler who heads straight to a casino with £50,000 he has just stolen, intending to settle his onerous debts. He also needs to impress his boss’s wife, with whom he is having illicit lunchtime liaisons. Naturally, the entire 50 grand goes up in smoke before you can say ‘well I never’.

This propels Robert straight into the hands of Triad gangsters, who make him their mule on a heroinsmuggling trip to Amsterdam. There, however, the gangsters prove the least of his worries, as he is lured into a torture chamber by a sexy B&B owner (Maryam Hassouni).

It’s all very silly, not especially well-written, and any echoes of Alfred Hitchcock’s masterpiece Psycho, clearly an influence, are of the tinny and remote variety.

Here is the fourth instalment of my 100 favourite English-language films and the email address to write to, should you wish to agree (or disagree), remains filmclassics@dailymail.co.uk.

Thank you to those who have written in already. Keep the letters coming and don’t forget that all these great movies are available to watch, in one way or another, any time you like.

I last watched this George Cukor romcom about three years ago and the truth is that there were dissenters in the room, who felt it had dated badly. Phooey to that! Katharine Hepburn, Cary Grant, James Stewart… what’s not to love?

What a directorial debut by comedy actor Jordan Peele, who also wrote this superb horror film. It bursts with wit and scathing social satire but doesn’t forget to be properly scary. A modern classic. 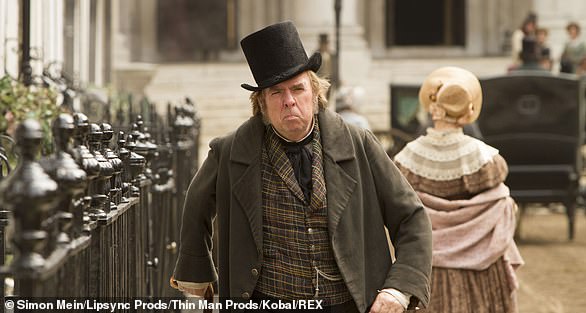 Maybe even Mike Leigh would disagree, but for me this is his masterpiece. I loved his episodic account of the life of painter JMW Turner, and Timothy Spall (below) is majestic in the title role.

The perfect family film, and if Jenny Agutter’s ‘Daddy, my daddy’ moment doesn’t challenge your tear ducts, you have no heart.

A reminder of what we lost when writer director Anthony Minghella died so young, his take on Patricia Highsmith’s novel overflows with character and period style. Matt Damon leads a brilliant cast.

It continues to divide people, but as soon as I saw Joker at last year’s Venice Film Festival, I thought it was an instant classic. Joaquin Phoenix is simply electrifying. 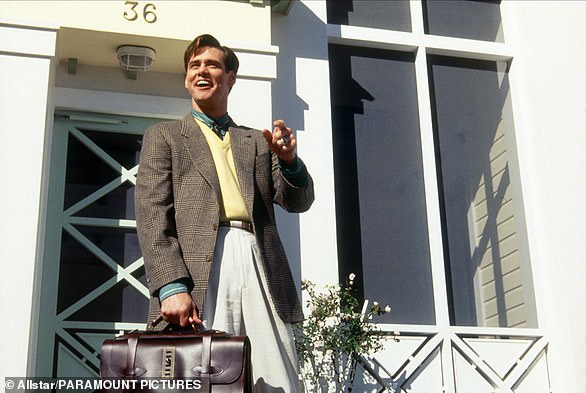 Dialling down his usual manic screen persona, Jim Carrey is wonderful in Peter Weir’s absorbing sci-fi satire, which is alarmingly prescient about the perils to us all of reality TV.

Paul Newman, Robert Redford, Scott Joplin… no cinematic tale of confidence trickery ever looked or sounded better. One of my sons calls it ‘a classic dad film’, which I’ll take as a compliment.

The story of the 1924 Olympics, which I first saw as a homesick 19-year-old living in an attic in Paris. I loved it then and love it still. It’s among the greatest sports films ever made, beautifully written by Colin Welland.

Pitch-perfect performances by Billy Crystal and Meg Ryan, a killer script by Nora Ephron, and THAT scene at Katz’s deli combine to make this one of the finest of all relationship movies.