A sombre Josh Frydenberg has virtually conceded his seat of Kooyong, stating he is looking forward to spending more time with his family in the immediate future.

The Treasurer, 50, has been the MP for Melbourne’s inner-east since 2010, but will be replaced by independent candidate Monique Ryan.

‘As you know there’s still thousands of postal votes to count,’ he told the crowd in what will prove to be his farewell speech as Treasurer.

‘And so while it’s mathematically possible we can (still) win in Kooyong, it’s definitely difficult.

‘I am nothing without my family…now I will have more time to be an extraordinary dad.’

Bizarrely, his wife Aime appeared to look frustrated as her husband announced his new life focus.

A sombre Josh Frydenberg has all but conceded his seat of Kooyong, stating he is looking forward to spending more time with his family in the immediate future

Mr Frydenberg went onto state how proud he was to aid Australia’s economic recovery during the pandemic and also expressed his pride at the nation’s current unemployment rate of 3.9 per cent – the lowest figure in almost 50 years.

The Treasurer’s anticipated booting from parliament also deprives the Liberals of a man who has been widely tipped to be a future leader.

Earlier on Saturday, in a possible sign of election day nerves, Frydenberg devoured five sausages at voting booths in his electorate before midday.

Frydenberg was spotted tucking into multiple offerings from the BBQ as early as 8am on Saturday, making his way to suburbs such as Kew, Surrey Hills and Balwyn to chat to voters.

He was out and about soon after polling booths opened at 8am, hammering home his message to ‘keep Josh’.

Frydenberg has represented Kooyong since the 2010 election. 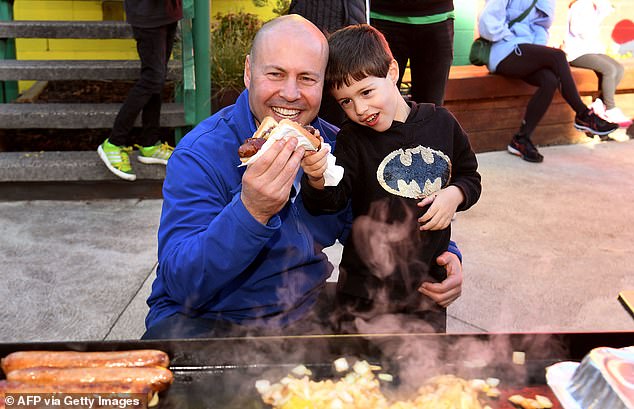 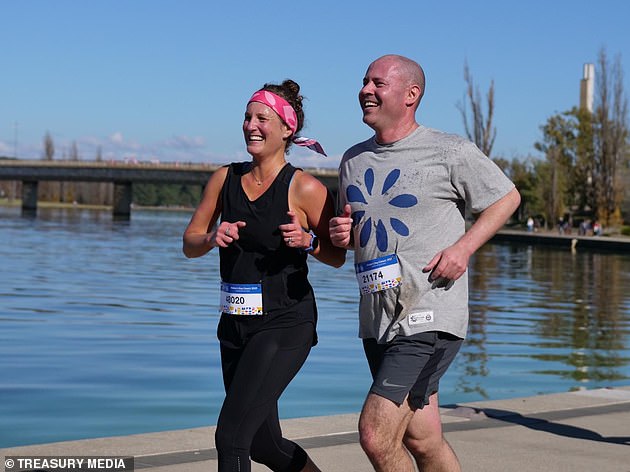 Treasurer Josh Frydenberg running with wife Amie in Canberra. The pair met at a Melbourne bar in 2008 and share two children

After tucking into his fifth snag, he told reporters before midday there was a ‘good mood coming from the booths’ and he was quietly confident he would retain his status as the member for Kooyong.

When quizzed on his impressive weight loss last year after he shed almost 10kg, a coy Frydenberg told Daily Mail Australia it was due to hard work.

He shed his weight after cutting out sugar and burgers, and dedicated himself to getting fit after doing ‘no exercise’ in 2020 as handling the pandemic was his main focus.

‘One can only hope the exercise regime holds and I don’t revert to type,’ the Treasurer said at the time.

As a boy growing up in Melbourne, Mr Frydenberg was sports-mad and almost dropped out of school aged 15 to pursue a professional tennis career.

On a Christmas break with his family at their home in Hawthorn, in Melbourne’s inner east, Mr Frydenberg had a light-bulb moment in 2020 and realised he had to change – and fast. 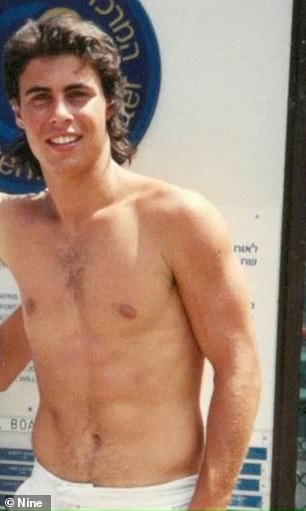 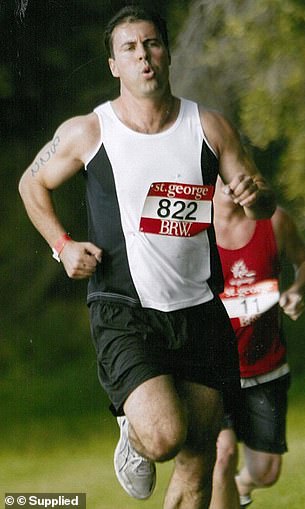 Left: Mr Frydenberg circa 1989 when he spent a year after high school playing tennis. Right: The Treasurer competing in a charity fun run 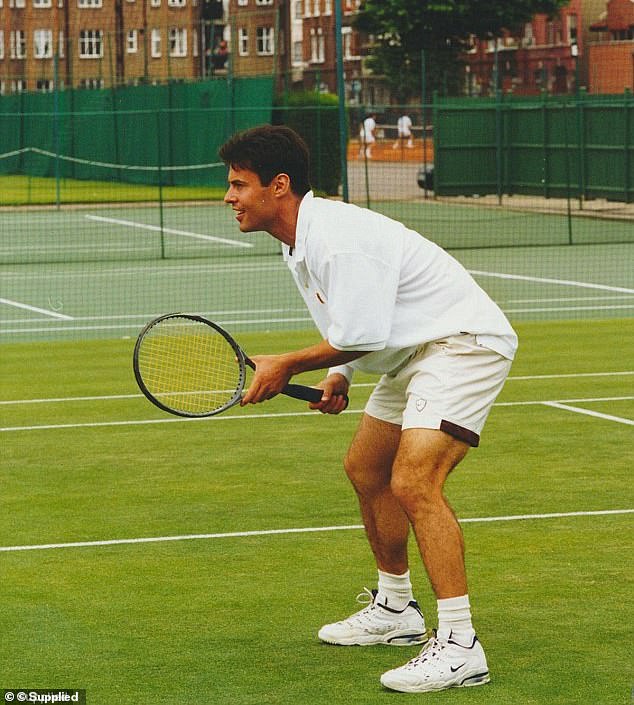 As a boy growing up in Melbourne, Mr Frydenberg (pictured on court) was sports-mad and almost dropped out of school aged 15 to pursue a professional tennis career

Diet: In 2020, the Treasurer gorged on hamburgers, Coca-Cola and lollies – but now eats balanced meals and has swapped fat and sugar for protein and veggies.

Exercise: At the height of the pandemic, Mr Frydenberg barely did any exercise because he was so busy. But now he does a 45-minute cycle every morning and also runs and plays tennis when possible.

Sleep: The treasurer has admitted that he slept much less than usual in 2020 because it was a ‘hard slog’. But he has since resumed a more regular sleeping pattern.

The father of two, who is married to employment lawyer Amie, started cycling on his bike and walking in a bid to seize each day.

The result was a noticeable weight-loss that has left him feeling happier and healthier.

He was born to two Jewish immigrants in the the wealthy Melbourne suburb of Kew and studied at Monash University before completing a master’s in international relations at Oxford and becoming a political advisor.

After moving back to Melbourne and working for investment bank Deutsche, and completing a masters in public administration at Harvard, he turned to politics and quickly rose up the ranks.