The details included classified locations of nuclear weapons on bases, and secret code and duress words that are supposed to be only known to members of the military.

The locations of security cameras and duress signal words soldiers can use when compromised were also included in the online training, publicly available

But the information appears to have been included in online study aids used by soldiers.

Flashcards were used in studying and learning apps known as Chegg, Quizlet, and Cram, according to Bellingcat which conducted a lengthy investigation.

The study aids were extremely detailed and contained information about base security and the specific locations of nuclear devices across Europe. They were used to help soldiers remember which vaults within a base contained nuclear weapons and which ones remained empty.

Although seemingly containing a number of acronyms, each flashcard set could be further Googled to reveal more detailed information.

Two bombs are placed side by side. The top photo shows what could be a live warhead, whereas the bottom is an inactive ‘dummy’ bomb as indicated by red writing 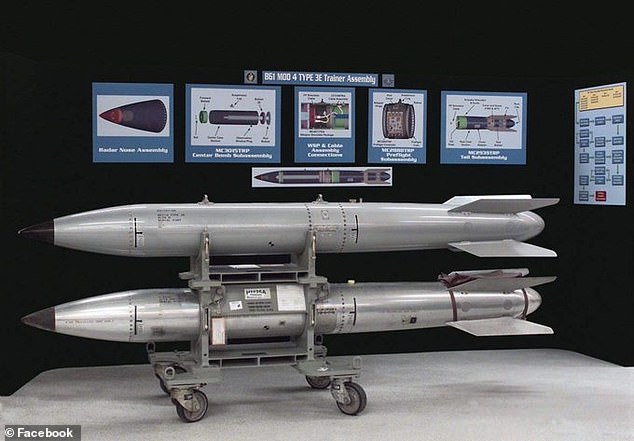 Although the presence of American nuclear weapons in Europe has been detailed in the past through various leaked documents, photos and statements by retired officials, their specific locations are still officially secret. Governments neither confirm nor deny their presence.

But Bellingcat was able to find flashcards posted by soldiers at all six bases in Europe that are reported to store nuclear weapons. The position of cameras, which vaults contain weapons, which vaults remain empty and the types of equipment used were just some of the classified details publicly exposed.

By searching Google and looking up the names of specific bases across Europe thought to contain nuclear weapons, the information was freely available.

American soldiers are pictured in a photograph posted by someone associated with 703rd Munitions Support Squadron on Facebook located on Volkel Air Base, home of the Royal Netherlands Air Force. The group may have been posting with a nuclear warhead 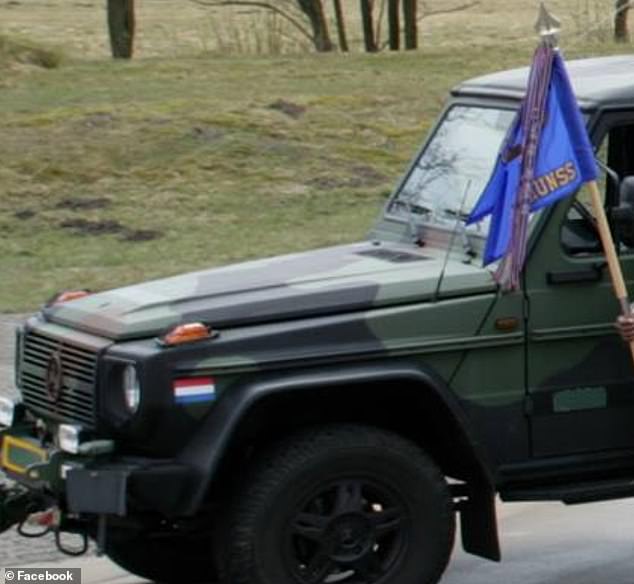 A set of 70 flashcards titled ‘Study!’ on Chegg appeared to note the exact shelters containing the weapons.

‘Secrecy about US nuclear weapons deployments in Europe does not exist to protect the weapons from terrorists, but only to protect politicians and military leaders from having to answer tough questions about whether NATO’s nuclear-sharing arrangements still make sense today. This is yet one more warning that these weapons are not secure,’ said Jeffrey Lewis, director of the East Asia Nonproliferation Program at the James Martin Center for Nonproliferation Studies to Bellingcat.

Some flashcards appear to have been online and publicly visible for as long as eight years with some as recent as April 2021. 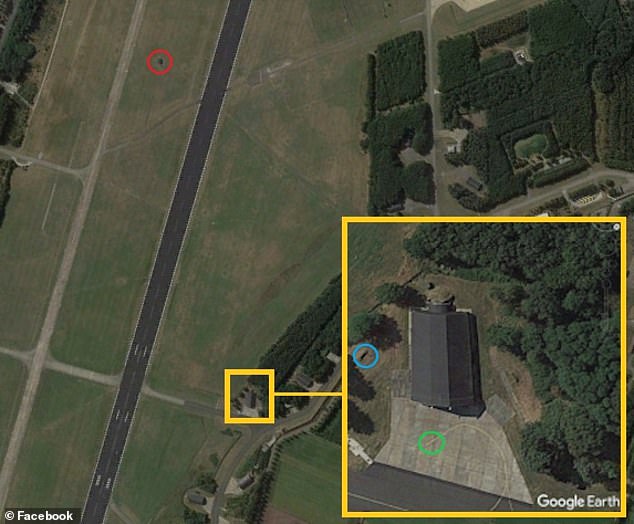 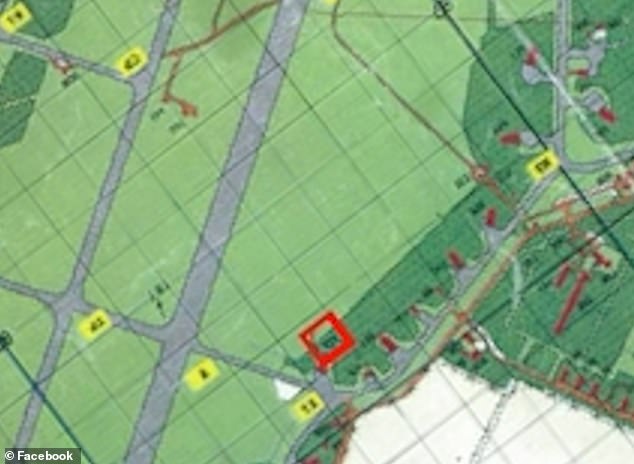 One picture that came up in searches showed American soldiers posing for a photograph taken at Volkel Air Base in the Netherlands. The picture was uploaded to Facebook in 2013 but a nuclear warhead appears to be visible in the photo.

By cross-referencing the photograph with data from the flashcards, the site was  able to verify the existence of some of the nuclear vaults.

When approached for comment the Dutch Ministry of Defense said the nuclear device pictured was inert, adding that the photograph ‘should not have been taken, let alone published.’

Experts said that the findings represented serious breaches of security protocols and raised renewed questions about US nuclear weapons deployment in Europe.

‘There are so many fingerprints that give away where the nuclear weapons are that it serves no military or safety purpose to try to keep it secret. Safety is accomplished by effective security, not secrecy. Granted, there may be specific operational and security details that need to be kept secret, but the presence of nuclear weapons does not,’ said Hans Kristensen of the Federation of American Scientists.

‘The real purpose of secrecy is to avoid a contentious public debate in countries where nuclear weapons are not popular.’

A spokesperson for the US Air Force said they were aware flashcard apps were used by soldiers and are now investigating the suitability of information published on the platforms.

The spokesperson would not discuss past or current security protocols.

Bellingcat sent a list of 50 flashcards it had found when approaching the US Military for comment over the last month. All the examples quoted appear to have been taken down.