Not so fab-u-lous! Social media fears Arsenal legend Tony Adams will flop on Strictly after his bizarre coaching video re-emerges – and who would want to partner him after he broke his teammate’s ARM by dropping him!

Arsenal and England legend Tony Adams will be a guest on Strictly Come Dancing this year, and social media users have been quick to point out examples why he might struggle on the popular show.

Known as a fierce and competitive defender on the field during his iconic career, he will now be looking to make moves off the pitch when he takes to the dance floor on the BBC show later this year.

While regarded as one of the best defenders of his generation, his style and flair on the pitch was particularly graceful.

It didn’t take long once the announcement was made, for the famous viral video of him training while working as a coach at Spanish side Granada to do the rounds.

The video shows him almost dancing, as he waves his hands around, and then making some moves as he runs back and forth.

Alex Dunne wrote: ‘If his dancing is anything like that Spanish training video we’re in for a treat.’ 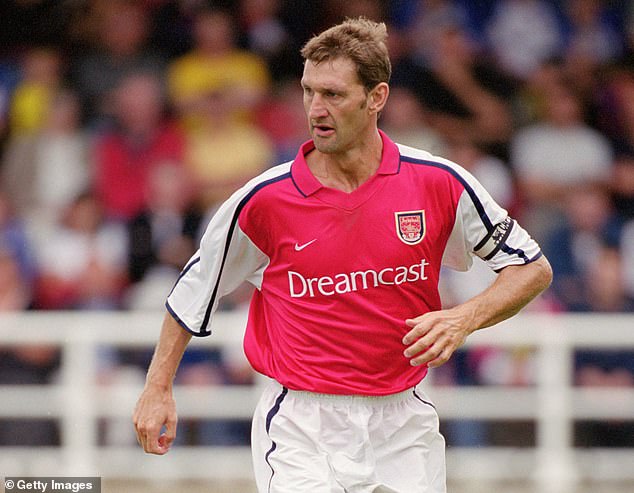 Football fans also pointed out to the moment that he dropped Arsenal team-mate Steve Morrow off his shoulders, as they celebrated their 1993 League Cup final victory over Sheffield Wednesday.

Darren Walsh shared the photo of the incident which shows Morrow holding out his arms to stop him from falling on his head, with the caption: ‘What could go wrong?’

Martin Ross added: ‘Is his partner Steve Morrow? Don’t let him do any lifts. (If you know, you know).’ 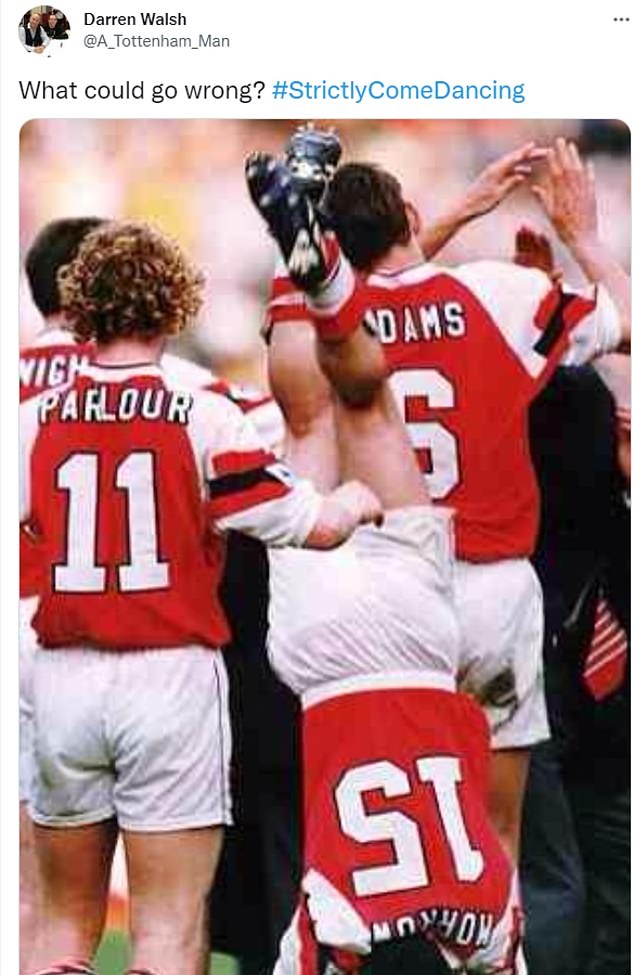 Arsenal fans were quick to react with one writing: ‘I expect our fanbase to help him go far through the series.’

Another made reference to Arsenal’s double winning seasons with Adams, which saw them win the Premier League and FA Cup in 1997-98 and 2001-02, as they wrote: ‘From the double to the doble.’