Recent price hikes at Disney’s theme parks have seen the company’s profits surge despite a slump in visitors – leading many to accuse the parks of ripping off loyal customers in order to bolster their bottom line.

Since reopening in April of last year, the company has made a host of changes to its preeminent parks in Florida and California, nixing free perks and ramping up prices, causing the cost of a visit to a Disney resort to rise dramatically.

The firm’s share price has plunged by more than a third in the last 12 months, due in large part to controversies over Disney opposing Florida’s so-called Don’t Say Gay bill, and woke movies such as Lightyear that have turned-off viewers.

But takings at its theme parks – traditionally the most profitable part of Disney’s business – remain in very rude health.

Disney made a whopping $7.4 billion from its parks for the most recent quarter of the 2022 financial year – up 70 per cent from a year earlier, when it was recovering from COVID shutdowns.

Profits also surged to an impressive $2.2 billion for that quarter – a huge leap from the $356 million recorded for the same quarter 12 months previously, the Wall Street Journal reported.

One of the most profitable changes is the implementation of a $15-a-day Genie+ pass, which was previously free. It serves as an app on guests’ phones, and lets them skip some lines on rides.

Genie+ also flags up promotions on merchandise, helping shift the parks’ famously pricey souvenirs.  It is used by half of all guests – with 70 per cent who downloaded it saying they’d do the same on a future visit.

But the Genie+ pass does not grant all guest’s rude wishes, with visitors required to fork over an extra $10 to $17 to get access to some of the parks’ most popular attractions – despite having already paid around $100 per admission ticket.

The surcharge is applied to rides in Disneyland and Disney World’s popular Star Wars Galaxy Kingdom Area and Guardians of the Galaxy rides.

Disney’s $15-a-day Genie+ app has been credited with helping drive a surge in profits. It helps guests skip lines 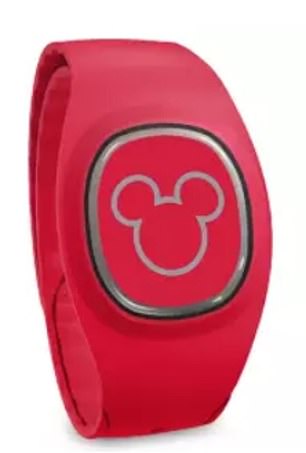 The firm’s Magic Bands – which serve as hotel keys and park admission tickets – have gone from being free to costing $34.99 each

Meanwhile, parking and Magic Wristbands, which serve as room keys and park passes and used to be free, will now run guests a whopping $35 – just one example of the company implementing a charge on previously complementary perk.

Other once-free benefits that will now costs revelers a pretty penny include long enjoyed perks such as parking, now $30.

And extra evening hours after the parks are closed to the general public are now only offered to guests staying at dearer hotels.

Also affected by the price hikes – which have been, for the most part, implemented over the past year – are park hotel rooms, food, and merchandise, which have all soared well beyond the record 9 percent rate of inflation.

At Disney World- by far the company’s most popular park, with 18million annual visitor prior to the pandemic – a room at the park’s value hotel, Pop Century, today costs roughly $168 – up more than $70 from 2013, when a room at the resort would cost you $95. That’s an increase of more than 77 percent.

Ticket prices at the park – now over $100 – have increased at roughly double the rate of inflation over the 2010s, with many asserting the hike comes in an effort to compete with Universal Studios, which opened its Wizarding World of Harry Potter in 2016. 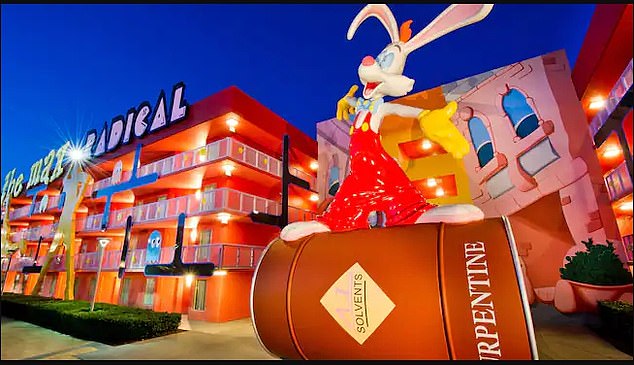 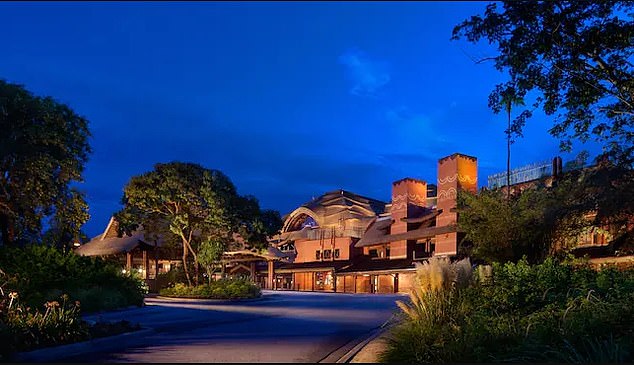 Snacks are also up at both parks, with Dole Whip, a pineapple-flavored soft-serve dessert sold only at Disney properties, up from $5.99 to $6.99 – an increase of 16 percent in the span of a year.

The park’s iconic Mickey Mouse ears headbands, meanwhile have also not been exempt from the widespread price increases – increasing by more than a third from 2021, from $29.99 to $39.99.

Disney has also scrapped some of its once-free perks, including shuttle buses from the airport to its parks for people staying at its hotels, sparking anger.

The unrest comes weeks after company brass explained that recent ticket-price increases were offset by an ‘unfavorable attendance mix’ at Disneyland – an assertion many interpreted as a reference to annual passholders who typically spend less per visit than typical ticket-buyers. 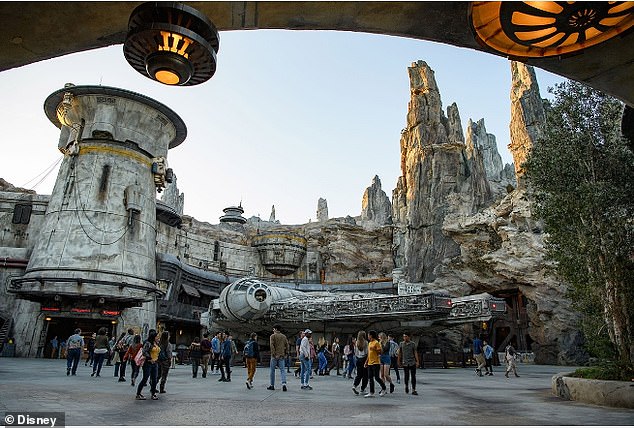 The Genie+ pass does not grant all guest’s rude wishes, with visitors required to fork over an extra $10 to $17 to get access to some of the parks’ most popular attractions -such as Star Wars: Galaxy’s Edge at Walt Disney World Resort at Disney’s Hollywood Studios in Orlando 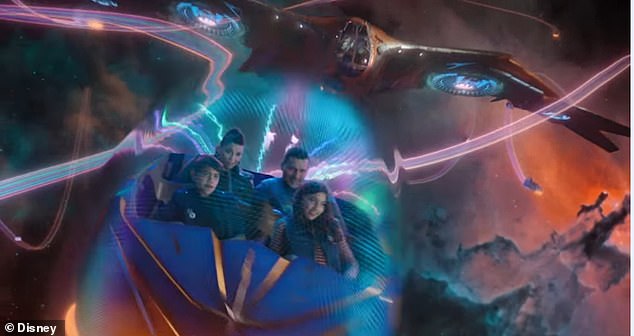 The surcharge is also applied to the parks’ Guardians of the Galaxy rides, such as this one at Disney World in Orlando

Disney has stopped selling almost all annual passes – but will still allow existing passholders to renew.

Annual passes have shot up 14 per cent in a year, from $1,399 to $1,599 per pass. Disney has also increased the number of days that passholders are banned from using their season tickets, sparking further claims it is looking to ax the passes by stealth.

Fans have since started posting pictures of themselves at the both Disneyland – dubbed ‘the happiest place on earth’ by the company – and Disney World, donning T-shirts that read ‘Unfavorable’ on social media in protest.

They believe that Disney is trying to sideline them in favor of big-spending visitors on a blow-out vacation, or people on a once-in-a-lifetime trip who are happy to blow thousands on rides, food and souvenirs to have the best possible time.

When asked about the reasoning behind the litany of price hike, a rep said that Disney’s theme-park pricing is determined by the current economic climate and ‘pure supply and demand… no different than airplanes, hotels or cruise ships.’

Josh D’Amaro, the chairman of Disney’s parks, experiences and products division, meanwhile, attests that the changes have given visitors more choice about how to spend their time and money at the parks, while making the parks ‘extremely commercially successful.’ 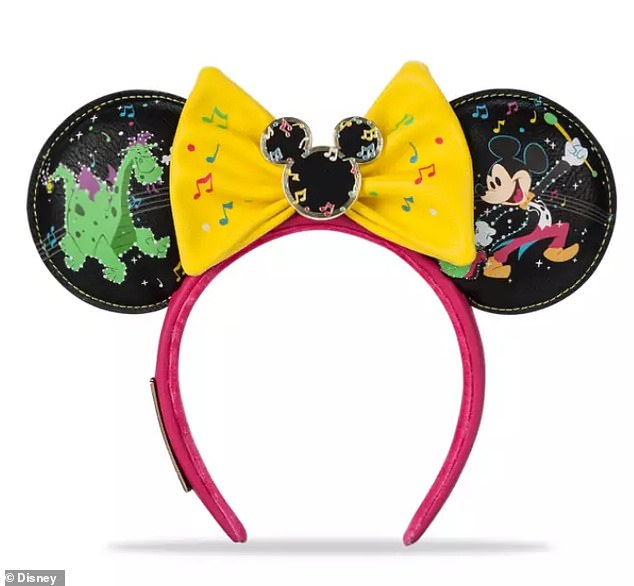 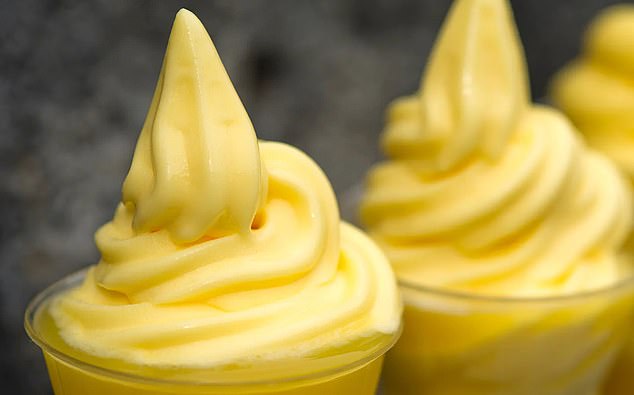 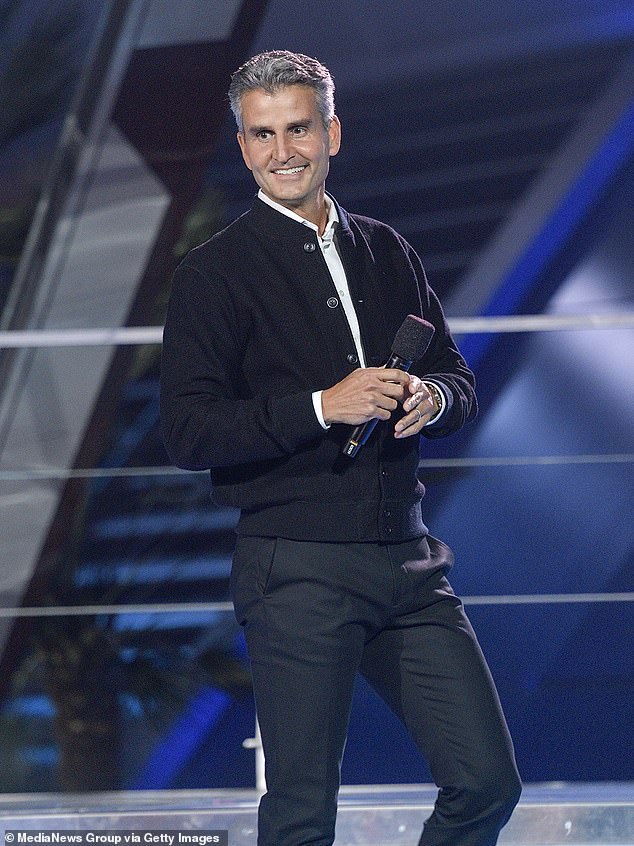 Josh D’Amaro, the chairman of Disney’s parks, experiences and products division, meanwhile, attests that the changes have given visitors more choice about how to spend their time and money at the parks, while also making the parks ‘extremely commercially successful’