EXPRESS INFORMER > Business & Finances > So will Liz say howdy Audi? PM may be forced to ride in a German car

So will Liz say howdy to an Audi? The new PM has to pick a new car… but with Jaguar axing their limos will it be a German motor

Spare a thought for Liz Truss. Never mind the economic and political minefield Britain’s new prime minister is having to negotiate. She’s also having to choose a new car.

And despite the desire to ‘buy British’, the new car is set to be German — one of a fleet of ten new ministerial Audi A8 armoured limousines no less — because there’s no suitable British-built alternative available. It’s a dilemma facing many UK motorists, too.

Traditionally, UK prime ministers proudly fly the flag by being chauffeured in a British limousine.

Wrong image? Britain may be forced to use an armoured Audi for the Prime Minister’s vehicle – because there’s no suitable UK-built alternative available

Jaguars and Daimler-badged variants have been the norm since the 1980s.

Before that it was Rovers, like the recently auctioned P5 used to chauffeur Margaret Thatcher and sold for £36,000, and before that stately Humber Pullmans enjoyed by premiers from Winston Churchill to Sir Alec Douglas-Home.

The current official Downing Street vehicle is an armoured Jaguar XJ limousine, built at a former Spitfire factory in Birmingham’s Castle Bromwich. But it’s knocking on a bit.

I attended its glitzy launch in July 2009 when this XJ (model codename X351) was unveiled at a star-studded party at London’s Saatchi Gallery by supermodel Elle Macpherson and U.S. TV host Jay Leno.

In July 2019, Jaguar Land Rover confirmed it intended to build a successor all-electric XJ luxury saloon ahead of a planned launch in 2020.

But last year bosses controversially axed it, noting ‘that the planned XJ replacement does not fit with our vision for a reimaged Jaguar brand’.

So that was that. Bosses say no new Jaguars will be revealed until 2024, with the first on sale from 2025. 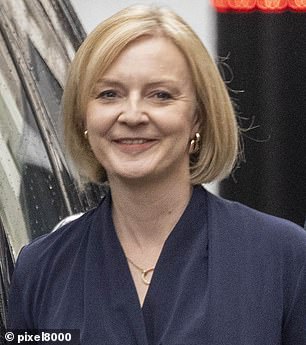 Dilemma: Prime Minister Liz Truss will be under pressure to ‘buy British’

Spotting an opportunity, canny Audi — part of Germany’s giant Volkswagen Group — dived in to offer a fleet of its flagship armoured A8s for evaluation for Downing Street duties, via the Metropolitan Police.

Audi first got its foot in the door years ago by discreetly cosying up to the Royal Family — beginning with Diana, then William and Harry, who were often photographed driving their latest models.

It also targeted celebrities and VIPs, with a fleet of Audi limousines dropping off and picking up guests at every major red-carpet event.

It’s not the first time this has happened. Jaguar encountered a similar problem with Labour prime minister Tony Blair (with John ‘Two Jags’ Prescott as his transport secretary) when the launch of its then new generation XJ limousine (codenamed X350) was delayed.

Germany’s BMW stepped in to offer Number 10 its new armoured 7 Series — a story I broke exclusively in the Daily Mail, headlined ‘The Blair Panzer’.

So when it comes to ‘buying British’, the challenge faced by Miss Truss — and Mr Blair before her — is one shared by millions of UK car buyers. 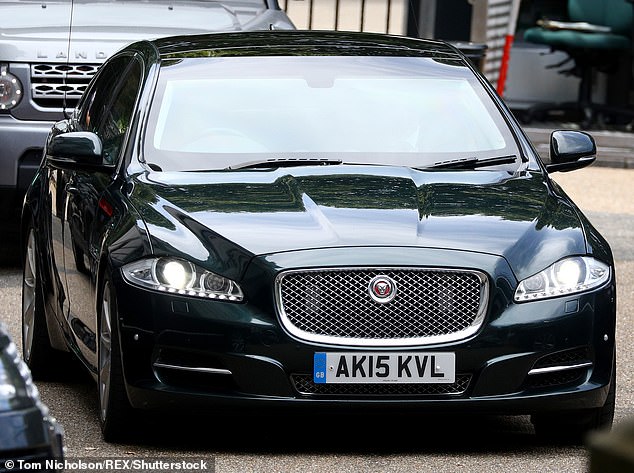 Miles on the clock: The current official Downing Street vehicle is an armoured Jaguar XJ limousine, built at a former Spitfire factory in Birmingham’s Castle Bromwich

For in the early 21st century and in a globalised car industry the question remains: what exactly is a ‘British’ car?

Until the 1960s and early 1970s, this was simple. It was a car produced by a British-owned, British-based carmaker in a UK factory.

Many car firms in the UK had been nationalised and were state-owned but also suffered strikes and poor quality during the troubled British Leyland years.

Back then, a Rover — such as the P5 favoured by doctors and the comfortably-off middle classes — or a sporty MG were an easy choice.

However, unlike more protectionist Germany and France, the UK’s more laissez-faire policies of the 1980s saw much of our indigenous motor industry snapped up by foreign rivals.

And nowhere was that more evident than during the Queen’s funeral when a bevy of British luxury brands were on official duty.

Nostalgia for lost cars of the 1970s 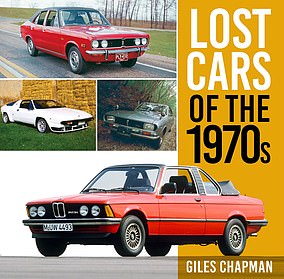 Remember the Clan Crusader? Volkswagen Derby? Or the Vauxhall Firenza?

Nor do most people now —though there’s an example of the latter at the brilliant British Motor Museum at Gaydon, Warwickshire.

But in a quirky and entertaining book, award-winning author Giles Chapman has shone a spotlight on a decade of forgotten classics that both predicted what was to come, or pointed to a future that never quite materialised.

‘Lost Cars of the 1970s’ (on sale from October 6, The History Press, £17.99) is a nostalgic and informative look back at 60 diverse cars with fascinating stories.

Chapman says: ‘The casualties and sideshows of motoring history from around the world finally get the recognition they deserve’.

Among forgotten projects were Italy’s clever plan to update the Mini; America’s electric runabout that paved the way for Tesla; Britain’s stylish, homespun sports cars; the Japanese limousine intended to do 25 mph; and the ‘safety car’ that evolved into a Polish workhorse.