Snoop Dogg has gone viral after suggesting he ‘may have [to] buy Twitter now’ after Elon Musk’s $44billion takeover was put on pause.

The rapper, whose legal name is Calvin Cordozar Broadus Jr, took his shot at becoming the next Twitter owner, jokingly tweeting about how he’s going to ‘replace the board of directors with Jimmy from my corner Fish Fry, Tommy Chung [sic] and tha [sic] guy with the ponytail [Pete Najarian] on CNBC.’

Snoop also said he’d immediately give everyone a blue checkmark, ‘even tha [sic] bots with 10 letters in their name that hit you in DMs [and] just say: “Hello.” Nah, f**k those bots.’

The 50-year-old Young, Wild, and Free singer said his ‘first line of business’ would be putting free internet on planes, referencing one of Musk’s other business ventures Starlink, which JSX airline announced on April 21 it would be utilizing get internet on their planes in the next year.

The commodity would come free of charge, which got the singer thinking: ’29 dollars for 1 hour is bulls**t.’

If Snoop Dogg was seriously about buying the social platform, the singer’s offer would fall much lower than the Musk’s, as the the American Song Contest cohost is only estimated to be worth about $150million compared to Musk’s $240billion.

The American Song Contest cohost jokingly tweeted that he was going to give everyone a blue checkmark, ‘even the bots with 10 letters in their name that hit you in [the] DMs [and] just say: “Hello.” Nah, f**k those bots’

Musk, 50, threw his multi-billion deal into chaos on Friday when he announced he was ‘temporarily’ putting it on hold ‘pending details supporting calculation that spam/fake accounts do indeed represent less than five percent of users.’

He linked a Reuters report from May 2 stating Twitter’s calculation that bots were only a small percentage of the site’s users.

Musk had said that one of his priorities would be to remove ‘spam bots’ from Twitter once his takeover of the company was complete.

It is not clear what the legal effect of his tweet was, and some analysts were baffled that he announced the move on Twitter rather than a regulatory filing.

The Tesla CEO did insist that he is ‘still committed to [the] acquisition’ of the company, but seems like the billionaire may have some public competition with the singer, who tweeted ‘wake n bake’ just hours before jokingly announcing his business preposition.

Musk’s surprise tweets early Friday sent Twitter stock plunging in the pre-market, as analysts speculated that Musk is trying to negotiate a lower price for the deal or pull out completely. 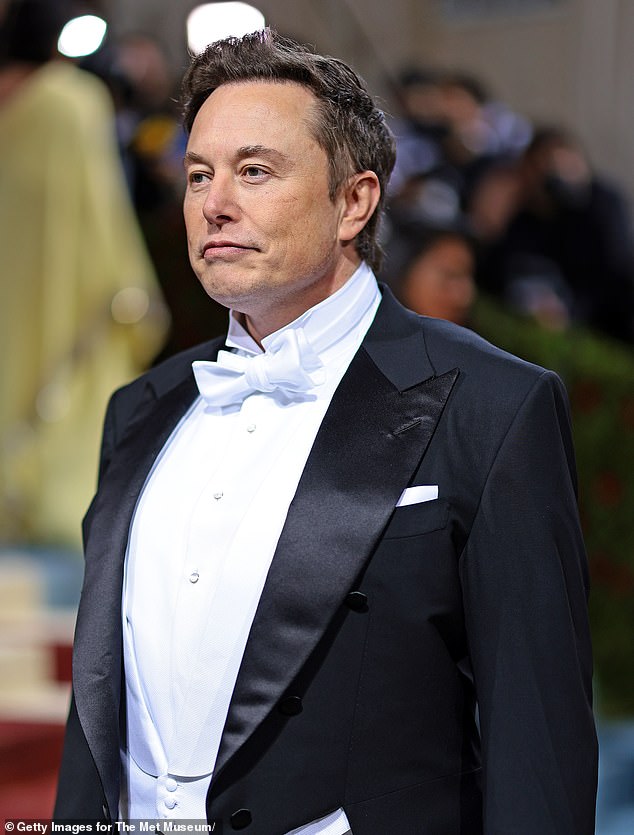 The tweets come after the Tesla billionaire (pictured at the Met Gala) announced he was putting his $44billion deal on hold while he waits to see if bots make up only fiver percent of Twitter users. He did insist he was ‘still committed to [the] acquisition’

Citing a week-old regulatory filing from Twitter, Musk claimed that he wanted to pause the deal to verify that false or spam accounts represented fewer than 5 per cent of the company’s 229 million users during the first quarter.

Backpedaling a few hours later, Musk tweeted that he was ‘still committed’ to the acquisition. If he walked away from the deal, Musk would likely be on the hook for a $1 billion termination fee.

Though Twitter’s board agreed to the purchase last month, it still has not been approved by shareholders, and was not expected to close for at least several months.

Shares of the social media company fell as much as 25 percent in premarket trading this morning, continuing a massive downward trend since his takeover bid was accepted by Twitter’s board on April 25.

Twitter’s share price has been sinking following the April 25 announcement that Twitter’s board had agreed to his buyout, when stocks closed at $51.70.

The stock closed at $45.08 on Thursday and plunged in pre-market trading Friday following Musk’s tweet, dropping as much as 13 percent.

Meanwhile, Tesla shares, against which Musk has secured $6.25billion in funding for the acquisition, were up about 5 percent early Friday.

Tesla stock has been slumping, and is down 28 percent in the past month, amid investor concern that the Twitter deal will divide Musk’s attention, and that financing issues would force him to dump more of his Tesla holdings.

The decline in Tesla’s share price has increased concerns about Musk’s ability to finance the Twitter deal. At Thursday’s closing price, Musk would have to put up more than a quarter of his Tesla shares to secure the $6.25 billion margin loan. 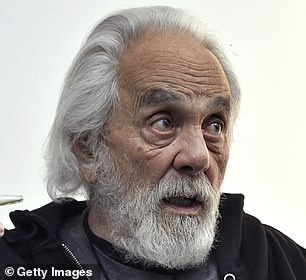 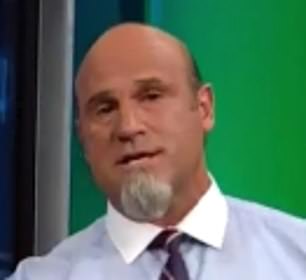 Snoop said he would replace Twitter’s board of directions with Tommy Chong, (left) who has been friends with the singer for years, and CNBC’s ‘ponytail guy’ Pete Najarian (right)

Analysts questioned why Musk would suddenly express concern about Twitter’s estimate that 5 percent of accounts are fake, detail the company has included in regulatory filings for years.

Susannah Streeter, an analyst at Hargreaves Lansdown, said: ‘This 5% metric has been out for some time. He clearly would have already seen it… So it may well be more part of the strategy to lower the price.

‘It’s going to be highly frustrating for many in the company given that a number of senior executives have already been laid off,’ she said.

Neil Campling, head of TMT Research in London, said: ‘Laughable. We’d always said he may cut or run or change his tune at the 11th hour and 59 minutes and 59 seconds on the clock. It is farcical.

‘He has never had the full funding – we know that from his constant attempts to get financial support – but he also held all the cards.’

The implied probability of the deal closing at the agreed price fell below 50 per cent for the first time on Tuesday, when Twitter shares dropped below $46.75.

This week, a US firm which bets against company share prices said Musk could submit a lower bid for Twitter due to the slump in stocks and a poor financial performance. 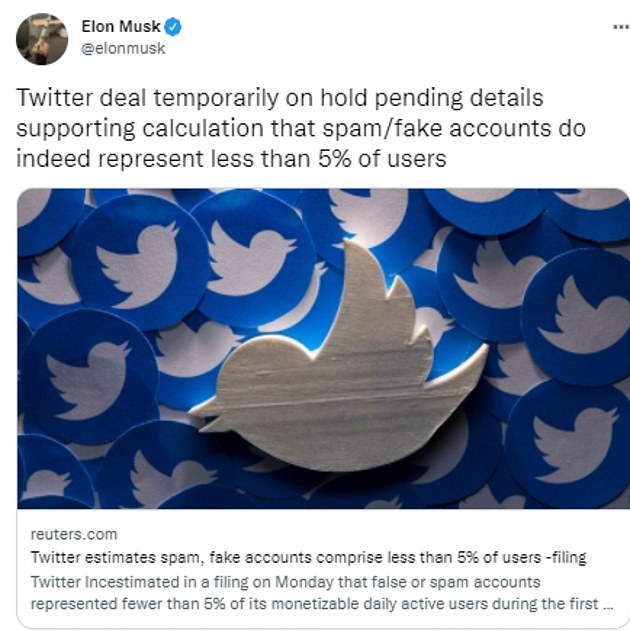 Hours later, Musk insisted that he was still committed to carrying out the deal

Short-selling firm Hindenberg Research said there is a ‘significant chance’ the entrepreneur will try to pay less than the agreed $54.20 per share price which was accepted by the Twitter board.

The sharp drop in the Nasdaq stock market since the deal was struck implies a far lower value for Twitter, whose value is being propped up by the takeover bid.

In a document published Monday, the company said: ‘We are supportive of Musk’s efforts to take Twitter private and see a significant chance the deal will close at a lower price.’

They added that if Musk decides to walk away, Twitter shares could fall by as much as 50 per cent.

But the SpaceX founder could have to pay $1 billion just to walk away from the deal in a breakup fee.

Twitter had said it faced several risks until the deal with Musk is closed, including whether advertisers would continue to spend on Twitter.

The announcement is another twist amid signs of internal turmoil over his planned buyout of Twitter, including that the social media company fired two of its top managers Thursday.