A member of the public has captured what might be Australia’s most sneakily positioned mobile speed camera vehicle behind trees on a suburban nature strip.

The photos were sent into 2GB radio host Ben Fordham on Tuesday morning of the vehicle ready to catch motorists off guard in Sydney’s northwest.

The car can be seen parked on the nature strip along Palmyra Avenue in Lethbridge Park in Sydney’s west.

The warning sign that motorists would normally see – telling them ‘your speed has been checked’ is blocked by the branches of trees and out of sight for drivers.

‘There is a warning sign on the roof but you cannot see it, not at all.’

‘It’s one of the worst examples we’ve seen,’ Fordham expressed.

‘If the camera is hidden and the sign is hidden, then it’s not about changing behaviour, it’s about making money.’

On Monday’s 2GB breakfast show, Ben Fordham questioned NSW Premier Dominic Perrottet about the use of the signage on top of mobile speed camera vehicles.

‘We used to have the warning signs before the speed camera, then they were taken away and revenue went through the roof,’ Fordham said.

‘You said you would bring the signs back, but they didn’t bring them back before the speed cameras, just on the roof the vehicle.’ 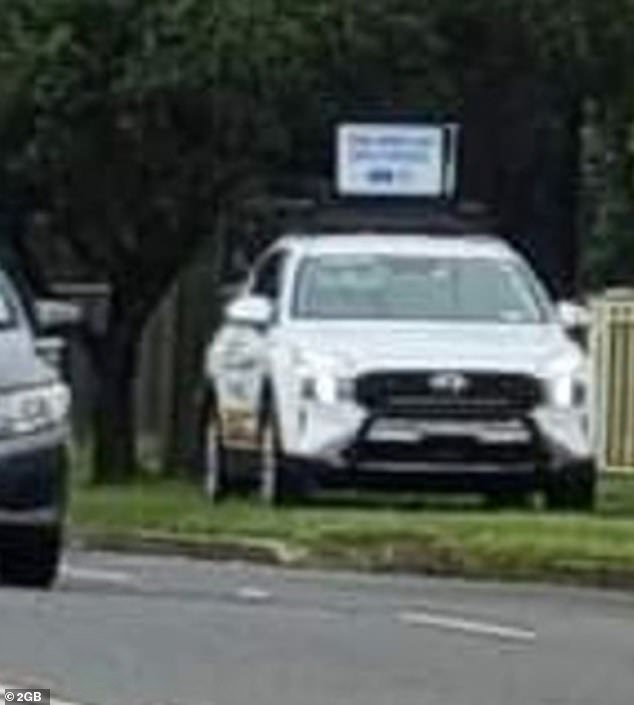 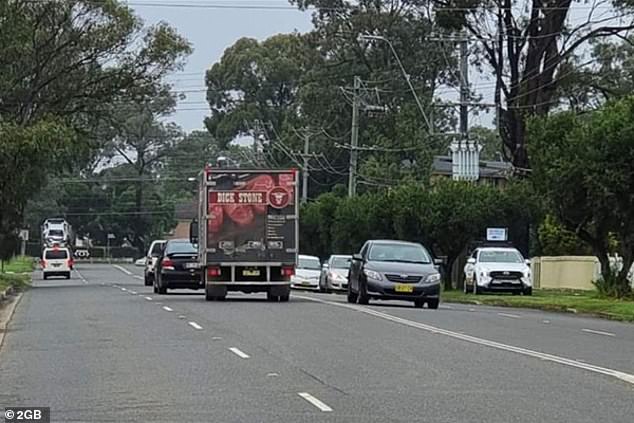 Ben Fordham said on Tuesday’s 2GB breakfast show ‘if the camera is hidden and the sign is hidden, then it’s not about changing behaviour, it’s about making money’

Fordham claimed that ‘people are being caught out, it’s too late, they’re not seeing the sign on the roof of the car.’

‘Why won’t you accept the old way is the better way?’ Fordham noted.

But the NSW premier hit back, saying ‘I think the new is the better way Ben, we’ve put these signs back on these vehicles which was my commitment when I became premier.’

‘I didn’t like the idea that we were playing ‘gotcha’ with motorists across the state.’

Mr Perrottet claimed that two thirds of roads accidents and fatal accidents in NSW occurred when people had been speeding less than 10 kilometres over the limit.

‘We’re putting them on top and I think that’s the fair way of going about it.’