The Liberal government faces a crucial confidence vote today that could trigger a snap election.

It could be up to the NDP to decide how today’s vote turns out; the Bloc Québécois already has confirmed it will support the Conservative motion.

If New Democrats abstain from the vote, that could leave the outcome in the hands of a small number of Green and Independent MPs.

The high-stakes vote is expected to happen around 3:15 p.m. ET and CBCNews.ca will carry it live.

The opposition day motion would create a special committee to probe the Trudeau government’s ethics and spending in response to the pandemic — including the controversial WE Charity contract to administer a student volunteer grant program.

Prime Minister Justin Trudeau did not recuse himself from talks on the agreement, even though several of his family members had been paid for speaking engagements by the organization.

The Liberal government has declared the vote on the Conservative motion a matter of confidence – a high-stakes move that NDP Leader Jagmeet Singh has called a “farce.”

Heading into their weekly caucus meeting this morning, NDP MPs said they had not yet decided on a path forward and would talk about how to proceed behind closed doors.

“At the end of the day we have a lot of moving parts and we’re still in a pandemic and we’re still committed to fighting for Canadians and we’re going to continue to do that,” said Ontario NDP MP Matthew Green.

“We have to look at what all the variables are going in to this discussion and do what’s best for the country.”

Singh is to hold a news conference after the caucus meeting at 1 p.m. ET.

Asked by reporters if the NDP had an obligation to support the Conservative motion, NDP ethics critic Charlie Angus said, “There’s many ways to skin a cat, my friends.” 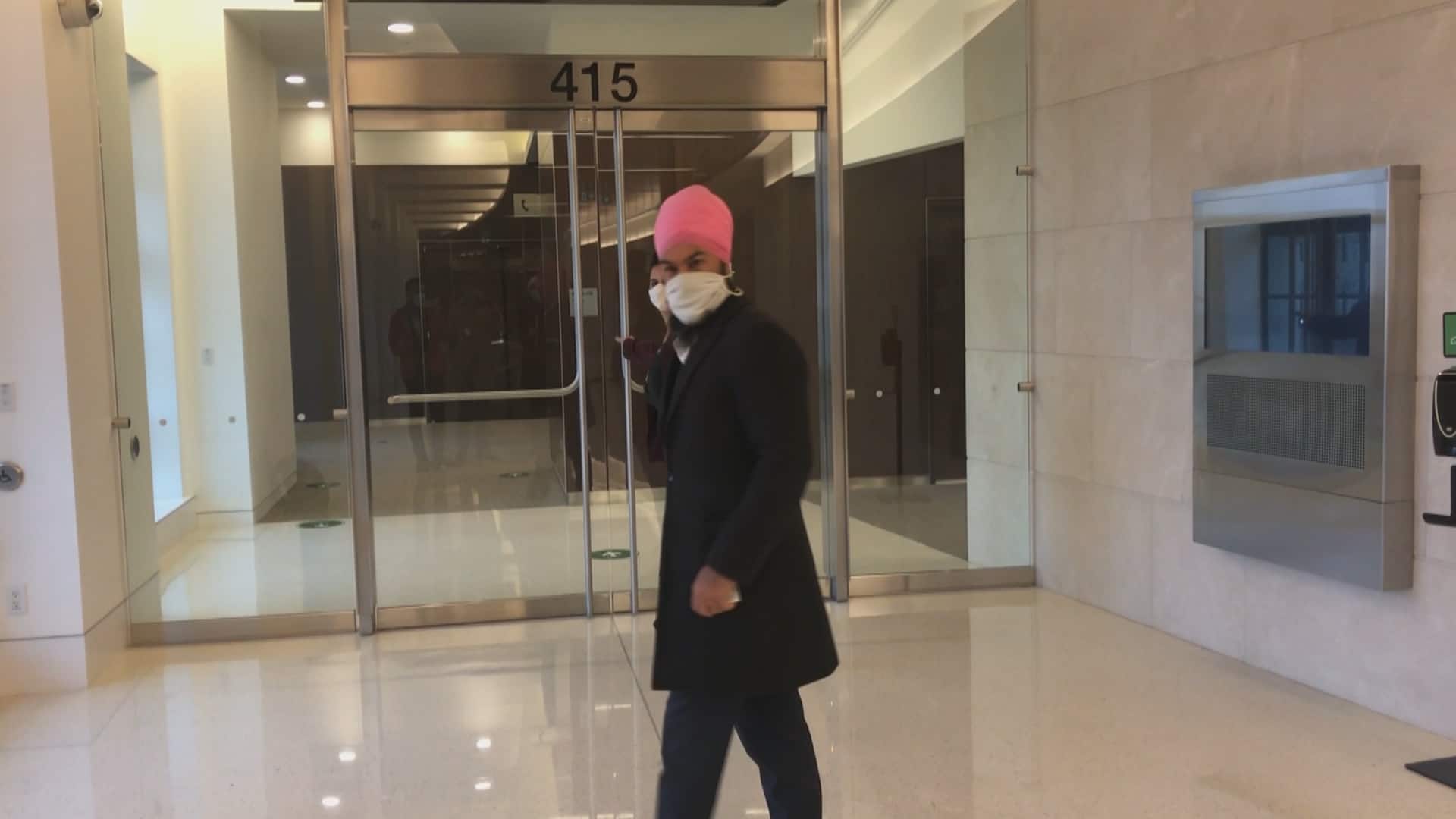 NDP MPs arrived for their weekly caucus meeting in Ottawa on Wednesday. 1:26

Conservative House leader Gérard Deltell said the ethical questions surrounding the government require a special committee with a clear mandate. He said it’s the “duty” of opposition parties to hold the government to account.

“This is what the issue is all about with this motion, and what we see right now is a prime minister who will do whatever it takes to call an election,” he said.

Bloc Québécois House leader Alain Therrien said the WE Charity issue is so complex that it requires a special committee to get answers.

He said the Liberals’ “scorched-earth” approach to politics is the product of a “club of cronyism” and renders compromise impossible.

“The NDP have acted in the last little while a little like the Liberals’ lap dog,” he said.

“The Liberal and Conservative parties’ high-stakes, high-tech game of chicken can have no winner,” she said.

“They should leave such games outside of Parliament, and focus on the urgent needs of people in Canada. I ask members of Parliament to dial down the rhetoric, which is not in keeping with the seriousness of this unprecedented moment, so that we can get back to working on the critical matters at hand.”