A pioneering study has been launched into the effects of cannabis on the human brain and you could get paid to take part.

King’s College London’s Cannabis & Me project is recruiting 6,000 people aged 18 to 45 who live in England’s capital and either currently use the drug, have used it less than three times or have never tried it before.

Scientists will look into how the drug impacts their brains as ‘shockingly’ little is known about its effects — despite more than 200million people worldwide using cannabis daily.

The researchers said it is ‘paramount’ to understand the science behind the drug, with the number of users on the rise and the possibility it will become legal in the future.

Split into two parts, the research project starts with a 40-minute online survey — for which all participants will be entered into a prize draw — followed by a face-to-face assessment, where those selected who complete it will be paid £50.

Dr Marta Di Forti, one of the world’s leading cannabis and psychosis researchers and study leader, said: ‘Cannabis is consumed daily by many recreationally but also for medicinal reasons.

‘But in the UK, the prescription of medicinal cannabis remains rare. Our study aims to provide data and tools that can make physicians in the UK and across the world more confident, where appropriate, in prescribing cannabis safely.’

Cannabis is used globally both recreationally and medicinally. While some advocates say it benefits both areas, others experience negative side effects such as a decline in their mental health.

How does the research project work?

How do I take part?

By completing this form.

To take part you must:

How does the study work?

The study will be split into two parts:

The study will use a combination of DNA genetic and epigenetics testing, psychological and cognitive analysis and virtual reality to understand the effect cannabis has on users and how it can contribute to paranoia.

In the first part of the study, participants will complete a 40-minute online survey that will ask them about their experience with the drug and why it is taken — such as due to trauma, illnesses or social situations.

The questionnaire also aims to see how mood, anxiety and changes in the way we think and feel, particularly in social situations, influences the use of cannabis.

Everyone who takes part in the online survey will be entered into a prize draw to win a £100 Amazon gift voucher.

Following the survey, a sub-group from those who completed it will be invited to the Institute of Psychiatry Psychology and Neuroscience, King’s College, Denmark Hill, for a face-to-face assessment.

This stage is made up of three parts — more in-depth questions, a blood test and a virtual reality day-to-day scenario.

This questionnaire will ask volunteers in-depth questions about their experiences — such as with adversity and trauma — as well as if there has been a change in their cannabis consumption since completing the online survey.

The blood test will be used to measure levels of THC and CBD — two chemicals found in the plant.

It will also measure endocannabinoids —molecules produced naturally in the body that are similar to those in the cannabis plant — to determine whether these are different among users and non-users.

The blood test will also provide data on gene structures and epigenetics — changes in how genes are expressed — to see how this changes with cannabis use.

Dr Di Forti said research suggests that those who smoke tobacco have epigenetic changes. But there is currently not research into whether cannabis users do.

The last part of the study will be a virtual reality experience where participants will be put in an everyday scenario — such as at their local supermarket — and will answer questions before and afterwards to look at how they respond to social situations.

In a separate study, the same information will be collected from people who are receiving treatment for psychosis, where the cause is thought to be cannabis use. 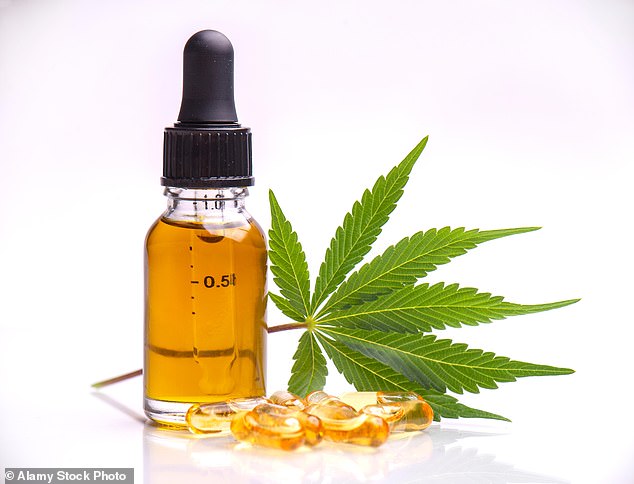 Cannabis is used worldwide both recreationally and medicinally and while some report benefits in both areas, others experience negative side effects such as a decline in their mental health

Dr Di Forti said the aim of this arm of the study is to see if there are biological factors that make a person more susceptible to developing psychosis from cannabis use.

It will also determine whether a screening tests could be developed to pinpoint those who may be negatively affected by cannabis.

She said as the drug is known to help some people medicinally but can cause psychosis in others.

This would identify those that can safely be take cannabis for medical or recreational reasons, Dr Di Forti said.

Experts say there are around 17,000 people with cannabis prescriptions in the UK, with some Crohn’s, epilepsy, Parkinson’s and MS patients reporting benefits from using the drug.