Their purpose, generally, is to make life more connected and a bit easier, but they are also being used in the medical realm to improve standard of care for patients.

Experts at Nottingham Trent University have partnered with Chesterfield-based manufacturer Rober Ltd to make smart mattresses for premature babies to keep them at the ideal temperature in order to prevent health complications. 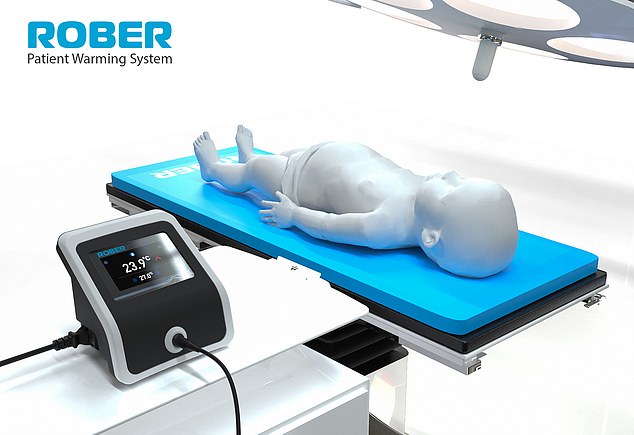 Premature babies are often unable to maintain their core body temperature and must be kept toasty at all times.

If not, it can lead to health issues such as metabolic problems and difficulty breathing.

Developers of the new bed say it can detect tiny temperature fluctuations and instantly warm up to prevent the baby getting any colder.

This would work alongside the measures taken by specialist healthcare staff, the products creators say.

A prototype has been built from polyurethane and foam and is currently being tested, and the team hope to release the product ‘in due course’.

There is no current timeline or price for the gadget. 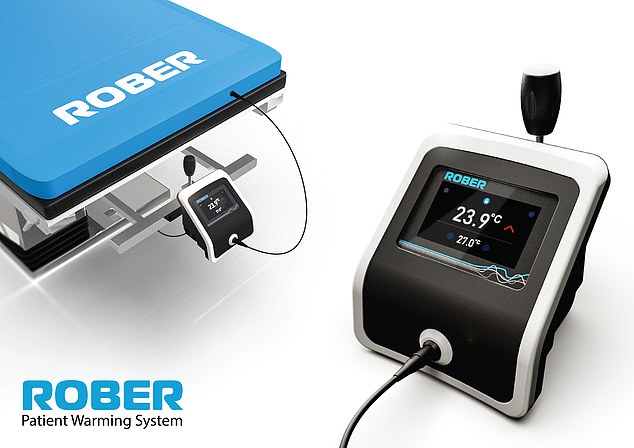 A prototype has been built from polyurethane and foam and is being tested and the team hope to release the product ‘in due course’. There is no current timeline or price for the gadget 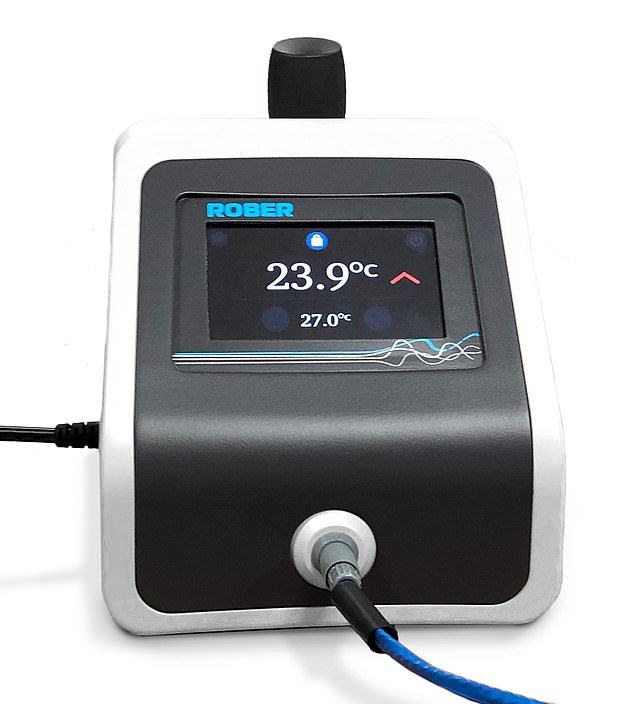 Premature babies are often unable to maintain their core body temperature and must be kept toasty at all times. If not, it can lead to health complications such as metabolic problems and difficulty breathing. the new device helps track body temperature and warm babies up

Professor Peter Ford, a product design expert from the School of Art and Design at NTU, who is leading the project, said: ‘It’s essential that clinicians can provide reliable thermal management and doing so outside an incubator has significant advantages.

‘Very young babies cannot thermoregulate as adults do, so maintaining an appropriate body temperature at such a vulnerable age is essential.

‘Babies not kept at the right temperature face increased risk of developing complications, so we were keen to develop something which helps ensure that their chances of normal development are maximised.’

Michael Hutson, Managing Director of Rober Ltd, adds: ‘The technology we are developing will provide vital support to some of the most fragile lives on the planet.

‘By allowing neonatal babies to sleep on smart mattresses which provide the precise temperature for their needs, we will be able to minimise the risk of temperature-related complications.

‘We look forward to testing the technology thoroughly with view to providing a product to the open market in due course.’

Covid-19 can cause PARALYSIS in children

Coronavirus infection can cause paralysis in children in very rare cases, a new study reveals.

Researchers at the University of Manchester looked at neurological symptoms in 38 unusual cases of Covid-19 in under-18s.

SARS-CoV-2 has previously been found to cause neurological issues in adult patients, with delirium and strokes among the reported problems.

But there has been very little scientific research into the neurological implications of Covid-19 in children.

A total of 38 children who tested positive for the infection were assessed in the specialist study who had been admitted to hospital across eight countries.

The cases were found after a global call for unusual Covid cases in children was put out by the American Society of Pediatric Neuroradiology.

Thirteen came from France, eight from the UK, five from the US, four from Brazil, four from Argentina, two from India, one from Peru and one from Saudi Arabia.

Eight of the children had no respiratory symptoms such as shortness of breath or a cough, as is typically associated with Covid-19.

Four children in the study died after contracting another infection, such as TB and MRSA, after Covid-19 had made them more susceptible.

And two of the youngsters in the study were left paralysed after the virus reached their spinal cords and caused inflammation.

One of the children became quadriplegic and was reliant on a ventilator for breathing via a tracheostomy. The child is also being fed with a gastrostomy tube into their stomach.

The second child is also ventilator dependant with a tracheostomy as they are unable to breathe for themselves and  had a tube into their stomach to feed them.

They also have dysautonomia, a condition which has left them unable to regulate their heart rate, blood pressure, breathing, bladder function and temperature, for example.