It is almost 10 years since London staged the Olympics. So, brace yourself for endless re-runs of Super Saturday (August 4, 2012) on which Great Britain bagged three gold medals in the space of 44 minutes.

The immediate return from the games was tangible – 53 individual and team gongs and fourth place on the medal table.

It also laid the foundations for global dominance in events such as cycling and rowing (although the field seems to be catching us on both). Harder to determine was the social and economic legacy.

A little-known data analytics specialist called 4Global did just that as it worked with the organising committee to plan the 30th Olympiad and, crucially, measure its impact.

Eloy Mazon, founder and chief executive of 4Global, cites London as the inflexion point for the business.

From there it worked on the Rio Games four years later, the Commonwealth Games in Glasgow, the Sochi Winter Olympics….the list goes on.

4Global’s growth over the decade since London also coincided with a trend towards closer scrutiny of marquee events.

‘People started asking ‘why are we holding these big events and why shouldn’t we spend the US$15bn it cost to hold an Olympics elsewhere?’ Mazon said.

‘And then you had the change of sport from entertainment to a force for transformation.’

In other words, there was a desire to know whether the event would be a wise investment or a waste of time, effort and cash. 4Global developed the means to analyse the impact of a sporting project big or small with unerring accuracy.

‘Fast forward to now, our focus is very much working with two groups of clients,’ said Mazon.

‘One is the public sector with a focus on how to get people more active because it drives massive health benefits, and therefore health savings for the cities and the governments involved.

‘The other is the private sector, which also wants to get people active, but for a different reason, for a commercial gain.’

Its customer base falls into four broad categories: private businesses such as healthcare firms and insurers, governments, cities and sporting federations.

It generates revenues from just two sources: services and technology. The former represents just under 60 per cent of turnover. 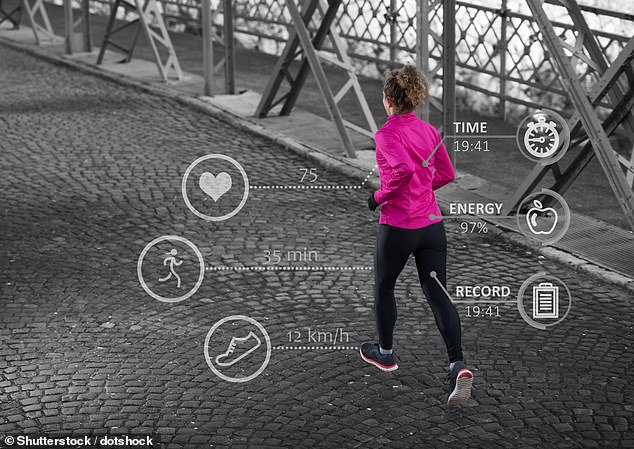 The initiatives it is involved with might range from the very specific such as tackling inactivity, to helping blueprint the strategy for a major sporting event

The initiatives it is involved with might range from the very specific such as tackling inactivity, to helping blueprint the strategy for a major sporting event.

Then there’s the technology business, which represents around 40 per cent of revenues. Its cloud-based Sports Intelligence product is driven by the company’s DataHub, which has physical activity information on 21million people.

It details visits to 2,500 sporting facilities such as gyms and sports centres. And it also has access to information held on customer relationship management systems and outputs from fitness apps and wearable technologies.

Piecing together all of this together so it made sense was the tough part, Mazon said.

The [sports] space is very rich in data but very information-poor. There was no insight at all, no standardisation.

‘The [sports] space is very rich in data but very information-poor. There was no insight at all, no standardisation. So, the data was largely unusable,’ he explained.

What 4Global did was to organise and standardise the material it has garnered over the years, so it now delivers intelligence actionable by the end-user.

All of this is done on an anonymised basis and in a way that meets GDPR requirements that govern data use and storage. This technology offering is sold as a software-as-a-service (SaaS) product with a valuable, high recurring revenue base.

Chief executive Mazon thinks 4Global has the potential to dominate the sports data arena in much the same way as Experian, a £30billion behemoth generating annual revenues of £4.4billion, has cornered the market for credit scoring information.

This is a lofty ambition. For now, however, the focus is on deploying the growth capital generated from December’s listing on AIM, which brought in £4million.

This will allow it to accelerate its organic growth plans while also funding international expansion and its acquisition strategy.

The shares, at 76p, have come off the boil a little since they were listed – though this probably has more to do with the sectoral switch out of technology stocks and into defensives.

Certainly, the retreat appears to be in sharp contrast to 4Global’s operational and financial performance.

Its recent trading update revealed underlying earnings (EBITDA) for the year to March 31 would be ‘significantly ahead’ of market expectations.

And Mazon is upbeat. ‘We’re starting the [new financial] year in a very strong position in terms of revenue,’ he said.

‘The pipeline is probably the best it has ever been ever which makes us very confident.’