Although Friday’s political machinations and U-turns put a gloss on the week, several small caps have suffered badly from the market’s expectation of a downturn in UK economics prospects under Downing Steet’s recently arrived residents.

One of the big casualties of the financial sector instability has been the property sector.

Lendinvest, the property lender that floated in July last year with backing from Wall Street giants JP Morgan and Citibank, sank 36 per cent over the week to a new low of 64p after it warned of the heightened risk of falling property prices.

Although it has been bolstered by partnerships with Barclays and HSBC in the past year and this summer was confident that it would not be unduly troubled by an expected slowdown in house price growth, it said on Monday that it now believes macroeconomic factors are ‘likely to reduce our growth particularly in buy-to-let in the second half of the year’.

With application for new mortgages having slowed across the market, it said, ‘we have tightened our credit appetite to protect investor returns’ and now expects pre-tax profits to be flat for the full year, a big slowdown from the 190 per cent growth seen the year before.

Bonhill Group also was forced to change recently issued guidance due to the effects of the recent market paroxysms, with the events organiser and business publisher formerly known as Vitesse Media looking at putting itself up for sale, under pressure from a major shareholder.

Only five weeks after saying it expected to break even this year, the publisher of What Investment and Information Age warned that trading conditions have worsened and that it now expects to make a loss this year.

U-turns such as these saw the AIM All-Share scrape 30-month lows earlier in the week, below 770 points, but despite a wider rally on Friday the index resumed the bumpy slide it has been on this year, tumbling another 3 per cent to 785 – a contrast to the FTSE 100, which was roughly flat.

The market turbulence was resulting in small caps being punished hard as investors veer away from any potential risk.

Shareholders in Distil seemingly were seeing things with an understandable glass-half-full attitude as the maker of RedLeg spiced rum and Blackwoods gin and vodka said selling more of its products directly rather than through a distributor was hitting sales and profits.

Executive chairman Don Goulding the decision to ‘take direct control of relationships with our major UK retail customers’ had seen ‘a one-off hit’ to the half-year figures but the board is confident that this move will put the company in a stronger position to accelerate future growth.

Elsewhere, Autins, which makes acoustic and thermal insulation materials, screeched 35 per cent lower after warning of a larger loss for its recently completed financial year due higher costs and a dent in fourth-quarter sales into the auto industry.

DeepVerge shares gave up some of the gains made this summer, dropping 60 per cent this week after the specialist in artificial intelligence analysis confirmed it is seeking a new equity funding to retire an existing loan. 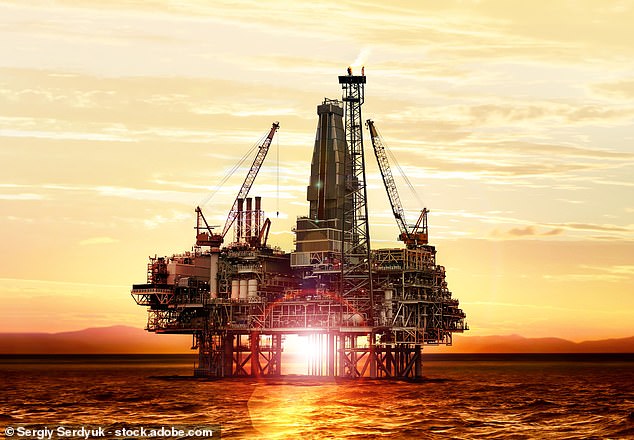 While the City fundraising roadshow was said to be ‘progressing well’ it warned ‘there can be no guarantees that sufficient equity funds can be raised’. Europa Oil & Gas sank 49 per cent on the back of disappointing results from an appraisal well in the North Sea.

Sareum slid 37 per cent after saying it has been told that rights for a drug licenced to Sierra Oncology are to be given up, after it was acquired by drug giant GSK.

Among the rubble, there were still many success stories. Topping the risers was Evgen Pharma, which rocketed higher after signing an autism-related licensing deal worth up to US$160.5mln with Swiss group Stalicla.

Stalicla, which specialises in autism spectrum disorder (ASD), will pay US$0.5 million up front for the licence to treat neuro-developmental disorders and schizophrenia, with other payments based on milestones, with royalties also to be paid on any sales.

While Evgen has found evidence in previous studies of effectiveness in improving symptoms of ASD, identifying those individuals most likely to respond to therapy was a big challenge.

But as Stalicla has a proprietary technology to identify autism spectrum patients who are most likely to respond, this will be the focus of an initial collaboration, with the Swiss group funding all clinical development activities.

Shares in Intercede surged 39 per cent as the cybersecurity company reported 23 per cent revenue growth in the first half and said it was splashing out £3 million of its growing cash reserves on the acquisition of UK-based Authlogics.

The addition of the multi-factor authentication and password security management software vendor increases the group’s recurring revenue base and is expected to be earnings enhancing in the next financial year.

Edenville Energy added almost third to its market cap this week after saying it expects to ‘shortly’ begin generating positive cashflow after restarting its Rukwa coal project in Tanzania, with an initial 4,000 tonnes a month of washed coal.

Chief executive Noel Lyons noted that this ‘has coincided with a dramatic uplift across the globe in the thermal coal price, which has seen prices rise more than threefold over the last year, with Tanzanian coal now also being exported to Europe’.

XP Factory, the owner of the Escape Hunt and Battle Bars chains, enjoyed a big lift to its shares two weeks after it published results, as chief executive Richard Harpham made a tour of retail investor videos and podcasts where he highlighted growth plans and the ‘experiential leisure’ trends supporting the group’s expansion.