The race to commercial distribution of lab-grown meat is on and UK main market-listed BSF Enterprise has just entered the fray in a big way.

According to the Good Food Institute, there were more than 100 ‘cultivated meat’ companies around the world at the end of 2021 spread across 25 countries, and venture capital investment into the sector increased 70 per cent year on year.

Just this month, the US Food and Drug Administration (FDA) cleared the way for Californian start-up UPSIDE Foods, which grows meat from cells taken from a healthy live chicken, to deliver its food to the market.

Soon after, the world’s first cultivated meat product was sold to consumers, albeit at the exclusive 1880 Members Club, where membership will set you back a few thousand pounds.

3DBT recently made a major breakthrough toward its objective of producing the UK’s first full-scale cultivated meat fillet.

Three small meat fillets, roughly 30mm in height and 15mm in diameter (smaller than a 5p piece), weighing five grams, were produced in the lab, and according to 3DBD’s chief executive Che Connon, these bite-sized fillets ‘cooked really well and the smell was amazing’.

‘It really does remind you of some delicious roast meat!’ boasted Connon.

Sounds great, but with such bleeding-edge technology, the journey to the supermarkets won’t be easy.

We believe our prototypes to be some of the first fillets of cultivated meat in the world, representing a ground-breaking development for the industry

While the technology has vindicated itself, scaling up is the burgeoning industry’s greatest challenge.

Admittedly things have come a long way since 2013, when the world’s first lab-grown burger came with a $330,000 price tag.

But according to recent studies, one kilogram of cell-cultured meat is estimated to cost $63/kg (£53) to produce in a large-scale facility.

Here lies the issue, yet within BSF’s intellectual property portfolio is City-Mix, a supplement which replaces costly serums necessary to grow meat cells.

Connon says that City-Mix reduces the cost of ‘serum-free media’ by up to 15-fold, making it a real trump card against the competition.

3DBT now wants to create its cruelty-free lab meat in early 2023 while continuing discussions with manufacturers, positioning the company as a licensor of the technology as opposed to mass-producing the meat in-house.

Plant-based meat alternatives entered the mainstream towards the end of the 2010s, but there has been a noticeable downturn more recently.

Indicative of such, standard bearer of the meat alternative industry Beyond Meat’s stock has crashed nearly 80 per cent this year, while US retail sales fell by 11 per cent year on year, according to the company’s latest quarterly report.

International retail sales were significantly worse, having dropped from $21million to $10million on a year-on-year basis. 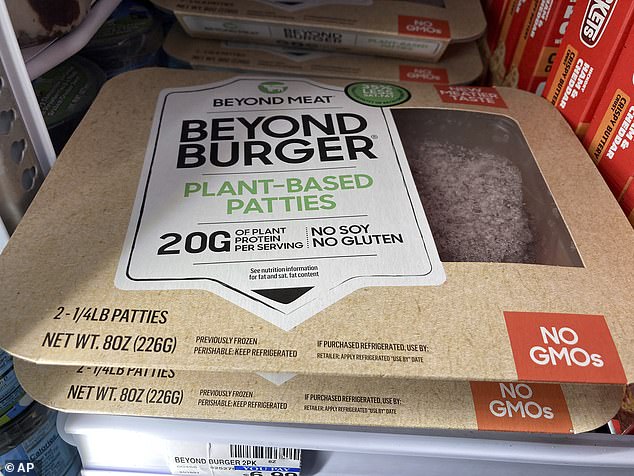 For more empirical proof, one only needs to head to the local supermarket; reduced-priced Impossible and Beyond burgers are a common sight. Good news for hungry vegans, not so much for the plant-based meat sector.

But lab meat is a different game, as is the addressable market.

According to The Humane Society, ‘lab-grown meat is not technically vegan, because it contains cells taken from real, living animals. In truth, vegans and vegetarians aren’t the target market for lab-grown meat’.

Even though lab-grown meat doesn’t come from slaughtering animals, it does come from harvesting the cells of a living animal.

According to The Humane Society, cells taken from a single cow can produce ‘an astonishing 175million quarter-pounder burgers’.

There is zero doubt that lab meat is interminably more humane and environmentally sustainable than industrial farming, but veganism is not exactly known for making compromises.

Rather, lab meat companies hope to entice your regular carnivore away from farmed meat, and if they can tempt their tastebuds, the addressable market is obviously huge.

The total value of meat in the UK increased by 5.9 per cent to £9.1billion in 2021, according to official data, while the average American eats around 224 pounds (101 kilograms) of red meat and poultry per year.

‘We believe our prototypes to be some of the first fillets of cultivated meat in the world, representing a ground-breaking development for the industry,’ proclaimed Connon.

They are expected to be showcased in the coming months, then the process of regulatory approval will need to commence.

Since the UK Food Standards Agency has yet to approve a product of its kind, it’s hard to know where the decision will lie, so a risk factor certainly exists on this end.

As for 3DBT’s AIM-quoted parent BSF, its stock (not of the live variety) soared 30 per cent to 10.5p this week, giving the company a market value of more than £9million.

Early days for sure, but one to watch.