TOM COLLOMOSSE: Slick Man City are bordering on BORING without Erling Haaland’s Wow Factor… Pep Guardiola’s side got the job done at Leicester but without free-scoring Norwegian leading the line, it all becomes a little dull

Manchester City have proved many times they can win without a classic centre forward and even if Erling Haaland were to miss the rest of this season, they would probably still take the title.

Yet when the greatest club teams in history are listed, Pep Guardiola’s Barcelona will usually rank above his Bayern Munich and City sides. The two Champions League titles are one reason, but not the only one.

The presence of Lionel Messi made fans’ hearts beat faster and added a ‘wow’ factor. In just 16 games, Haaland has done the same at City and that is why his return from injury cannot come quickly enough — not so much for City, but for all who love football. 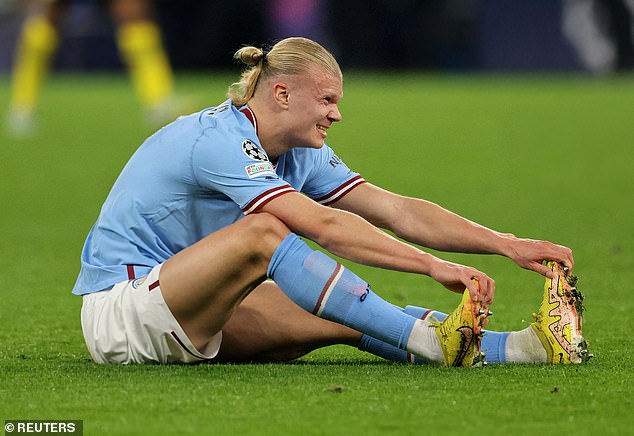 There is no need to rush the 22-year-old back in time for Tuesday’s Champions League clash with Sevilla.

‘He has ligament damage,’ said Guardiola. ‘He feels better, we have one more week. He won’t play against Sevilla, because we have already qualified and hopefully against Fulham on Saturday he can help us. If not, he might play against Chelsea in the Carabao Cup (on November 9).’

Guardiola’s primary concern is increasing the gap to City’s rivals before the league pauses for the World Cup in a fortnight. 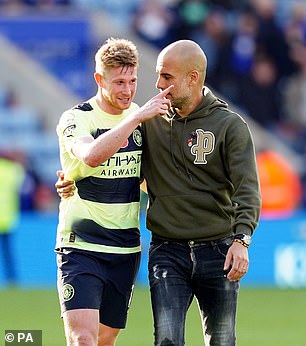 ‘It’s been a really good week,’ he said. ‘It’s so important because against Sevilla we can recover players and play those who don’t play so much.

‘After that, we have the Carabao Cup — it’s important — and we will respect it. But we have two games at home in the league, against Fulham and Brentford.

‘I know the fixture list, there is Chelsea v Arsenal, there is Tottenham v Liverpool, that’s why you want the gap.

‘You want to arrive after the World Cup being on top of the league. You have to rest well, it’s been demanding.’

So there will be a twinge of disappointment for fans who have bought tickets for the Sevilla game, and it was the same when the team sheets landed for City’s 1-0 win at Leicester on Saturday. 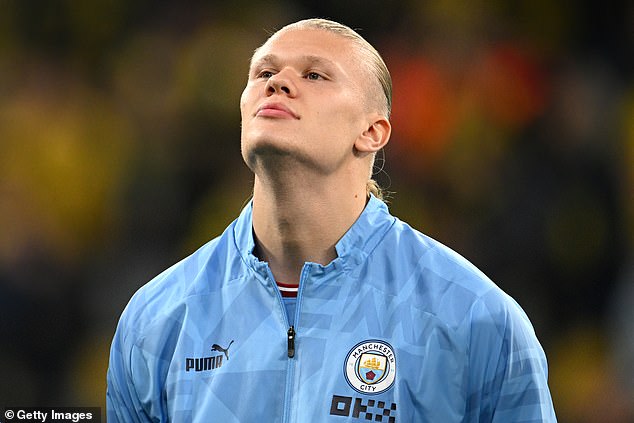 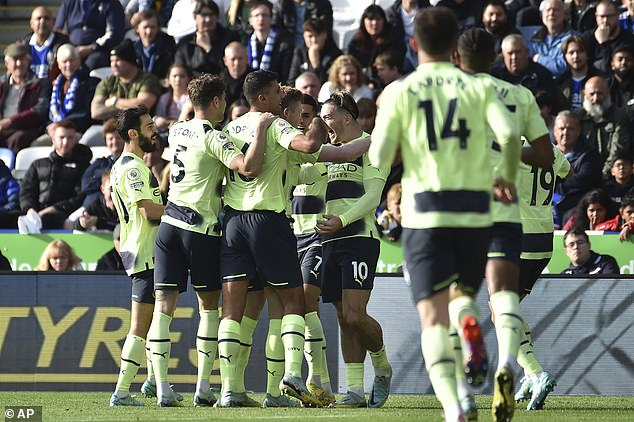 Kevin De Bruyne’s stunning free-kick early in the second half was enough to sink the Foxes, who slid back into the bottom three after Leeds United’s surprise win at Liverpool.

Despite the result, they maintained their recent improvement and now have vital away matches against Everton and West Ham before the break.

Collect a minimum of four points from those, and Brendan Rodgers will approach the resumption with optimism. The arrival of defender Wout Faes and set-piece coach Lars Knudsen have made Leicester a much tougher nut to crack. 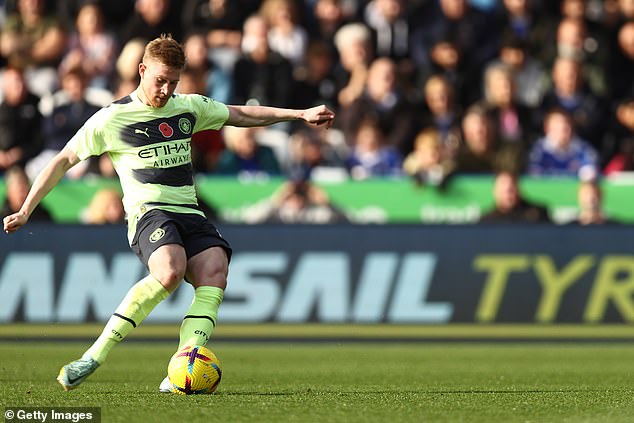 Guardiola has developed the approach he learned playing under Johan Cruyff at Barcelona and created a template that dozens have tried to imitate.

Even supporters of their greatest rivals must stand back and applaud as City win trophy after trophy with dizzying points totals.

The patterns of play are peerless and choreographed to a tee. Every player’s touch is near-perfect, the decisions they make close to flawless. 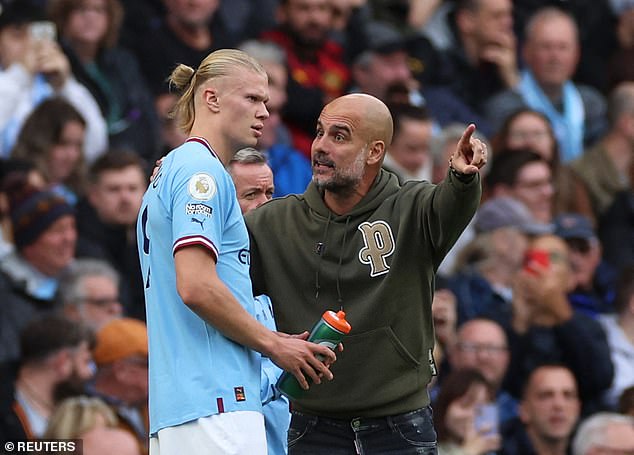 They have all absorbed the plan and could carry it out with their eyes closed, and De Bruyne is perhaps the most complete footballer of the Premier League era.

The problem is that against a well-organised opponent, and without the raw brilliance of Haaland, it can all become a little dull.