Young Australians have become so image conscious because of social media they now believe pimples make a person look less professional in the workplace – and are a sign of bad hygiene rather than a normal hormonal response from the human body.

A new survey of 2,000 Australians found staggering 41% believed the under the age of 30 thought pimples and acne made them look ‘unprofessional’ and and 32 per cent wrongly believed acne is related to poor hygiene.

And almost half also believed they were ‘judged’ in the workplace because of an acne breakout. The survey also found 25 per cent kept their cameras off in virtual meetings because they were feeling self-conscious about their skin.

a new study that surveyed more than 2,000 Australians has revealed almost half of Gen z workers think pimples and acne make a person look less professional

Skincare blogger and acne sufferer Hayley said she felt ‘nervous’ about people staring and judging her mental health because of her skin as she starts work in the medical field.

‘I can’t help to think that maybe people in the medical field consider acne to be unprofessional,’ she said.

‘No one talks about how stressful it is to have acne and start a new career. It’s a weird thing and topic because we have been conditioned to be ashamed of it and to hide it for the sake of being ‘professional’. ‘

However, hundreds of her followers were quick to slam the idea that acne and pimples could be considered unprofessional in the workplace as they are a ‘normal’ part of life.

‘People will remember you for your personality and how you make them feel way more than your acne. It doesn’t define you,’ one woman said.

‘There are a couple of beautiful girls at my work that come in with active acne.. and no one cares! They are much braver than me, but I hope I can get there someday,’ a second wrote.

‘If someone judges your professionalism based on the clarity of your skin, then their opinion is too stupid to have even an ounce of relevancy,’ replied a third.

‘When I started working as a secretary in a law firm I thought about such topics as well, and I also didn’t want to wear makeup all day every day. So I didn’t, and I don’t think anyone cared,’ a fourth explained. 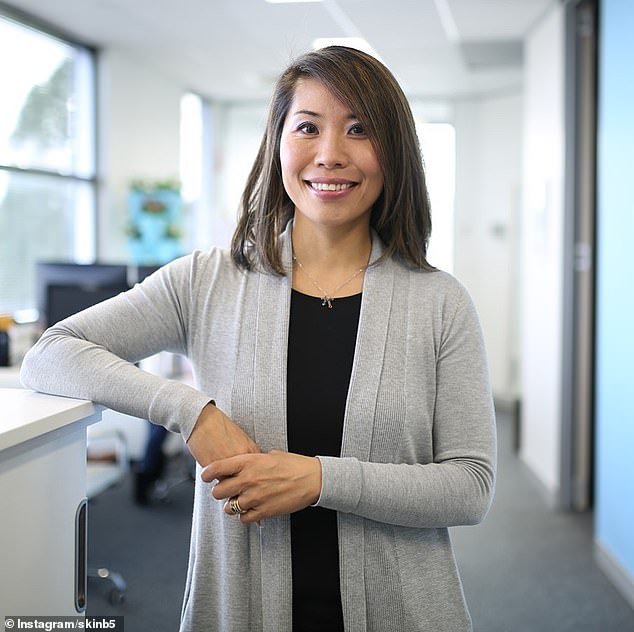 ‘Acne has absolutely nothing to do with professionalism, your ability to perform a job, or your personal hygiene,’ Judy said.

Judy, who suffered from acne herself, said breakouts needed to be ‘normalised’.

‘It’s shocking that people hold misguided beliefs around what acne says about you as a person,’ she said.

‘The reality is, acne is no different to any other health issue that needs to be managed, and it is not your fault.’

‘The research revealed that for many young Australians affected by breakouts, it’s social media and the influencers they follow that impact how they feel about their skin,’ said Judy.

‘While there is a huge and growing community of skin positive influencers, there still remains many, heavily-filtered images that clutter our feeds and chip away at our confidence.’

According to Judy, if social media is where you turn to for skincare advice, it’s worthwhile considering an audit of who you follow.

‘Look for those who are authentically sharing their lives – not only their skincare journeys but their content in an unfiltered and real way.’ 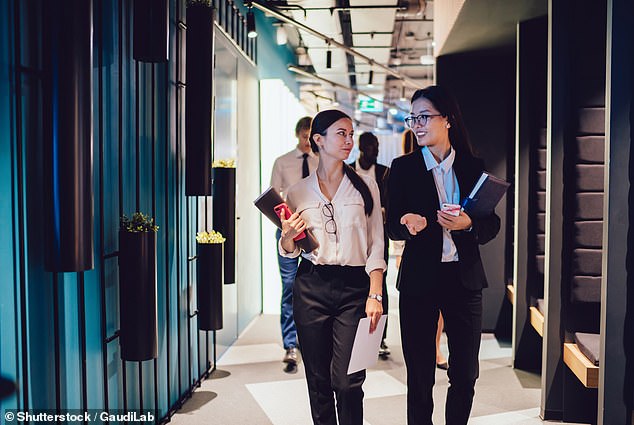 Challenge your own beliefs

‘When chatting to someone at work it can be distracting to think they’re staring at that red pimple on your chin and judging you while you speak, Judy said.

‘But the reality is they most likely haven’t noticed, and if they have, they’re certainly not judging you for it.’

Judy recommended lasering in on the conversation and matter at work and push aside the belief you are being negatively judged instead of focusing on what you think the person you’re talking to is thinking.

‘Plus, if you’re on a video call, I can guarantee they’re staring at themselves,’ she added.

Be sparing with foundation

‘Makeup is a great tool for concealing breakouts but in a bid to getting comfortable in your own skin, gradually winding back the amount you wear will not only help to build your confidence but can also help to improve breakouts by reducing skin congestion,’ Judy said.

‘Be aware that too much of a good thing can put you in a vicious cycle of clogging your skin, then working to cover it up.’

Judy suggests looking for non-comedogenic foundations that won’t block pores, or applying concealer or foundation more sparingly, just in the spots you need it, but not over the entire face.

Dos and Don’ts: How to treat deep, painful pimples at home

DO wash your skin before treating it. Use a mild, fragrance-free cleanser, and be gentle to your skin while washing.

DON’T pop, squeeze or pick at the blemish. Doing so can make acne more noticeable and increase your risk of infection, discoloration and scarring.

DO apply ice to reduce pain and swelling. As soon as you notice the blemish, wrap an ice cube in a paper towel and apply it to the area for five to 10 minutes. Repeat this two more times, with 10-minute breaks between icing.

DON’T apply toothpaste to the area. Toothpaste contains several ingredients that can clog your pores and irritate your skin, such as hydrogen peroxide, baking soda, alcohol and menthol.

DO apply a warm compress once a whitehead begins to form. To make a warm compress, soak a clean washcloth in hot water; make sure the water isn’t too hot to avoid burning your skin. Then, apply the warm compress to the pimple for 10 to 15 minutes. Do this three to four times daily until the pimple releases pus and heals.