Leaders from 64 countries have signed a 10-point Pledge For Nature, outlining steps to combat climate change by helping the world ‘live in harmony with nature’ by 2050.

Emmanuel Macron, Angela Merkel and Boris Johnson are among the figure heads who signed the document stating the world is in a ‘state of planetary emergency’ requiring ‘urgent and immediate global action’.

The measures include a pledge to re-double efforts to slow down deforestation, eliminate unregulated and unsustainable fishing practices and stop plastic being dumped into the ocean by 2050. 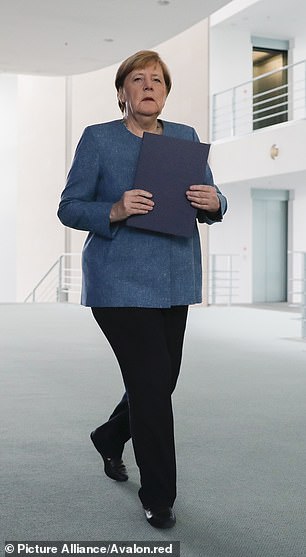 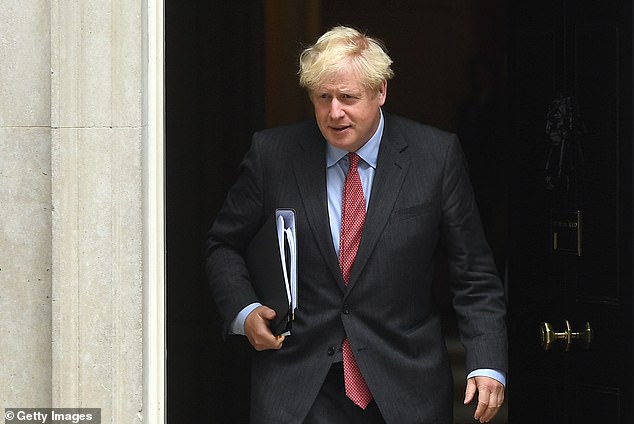 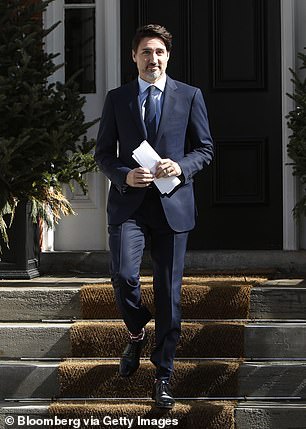 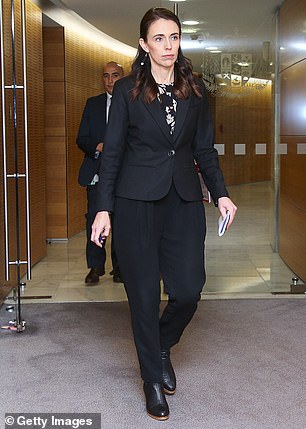 It marks a week of international action to combat climate change, as 116 world leaders are set to hold a virtual UN biodiversity summit in New York on Wednesday.

The pledge will protect an area the size of the Lake District and South Downs in a bid to boost the country’s natural beauty.

The Leader’s Pledge for Nature – which was also signed by Canadian Prime Minister Justin Trudeau and Prime Minister of New Zealand Jacinda Ardern – said leaders aim to ‘end a united signal to step up global ambition for biodiversity’.

They also aim ‘to commit to matching our collective ambition for nature, climate and people with the scale of the crisis at hand’.

It reads: ‘We reaffirm our commitment to international cooperation and multilateralism, based on unity, solidarity and trust among countries, peoples and generations, as the only way for the world to effectively respond to current and future global environmental crises.

‘We are in a state of planetary emergency: the interdependent crises of biodiversity loss and ecosystem degradation and climate change – driven in large part by unsustainable production and consumption – require urgent and immediate global action.

‘This acceleration is causing irreversible harm to our life support systems and aggravating poverty and inequalities as well as hunger and malnutrition.

‘Unless halted and reversed with immediate effect, it will cause significant damage to global economic, social and political resilience and stability and will render achieving the Sustainable Development Goals impossible.’

At a speech set to be made later today at a UN event, Prime Minster Boris Johnson will warn that immediate action is needed to save wildlife and habitats which are disappearing at a ‘frightening rate’.

He will add: ‘We cannot afford dither and delay because biodiversity loss is happening today.

‘Left unchecked, the consequences will be catastrophic for us all. Extinction is forever so our action must be immediate.’ 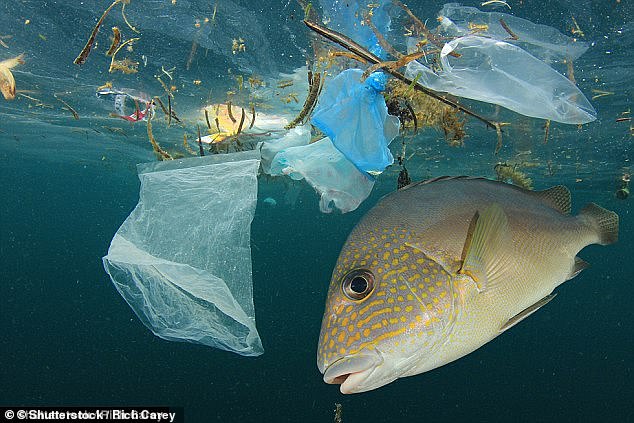 The measures include a pledge to re-double efforts to slow down deforestation, eliminate unregulated and unsustainable fishing practices and stop plastic being dumped into the ocean by 2050 (file image) 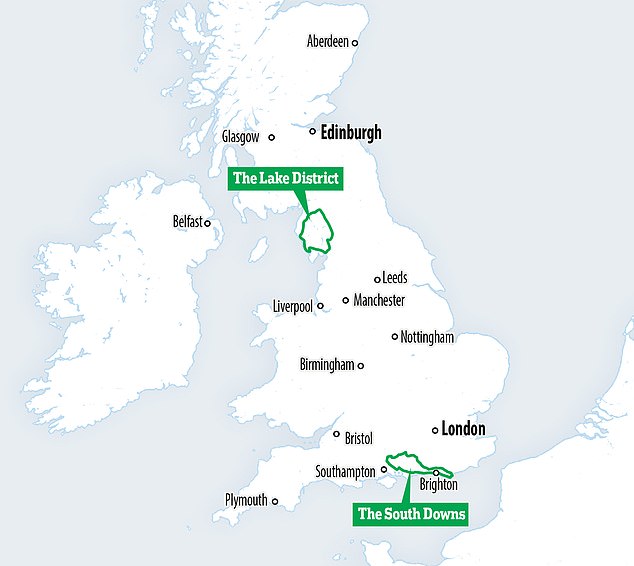 Mr Johnson is making his promise to safeguard an extra 400,000 hectares of land in the next decade during a virtual event held by the United Nations.

The commitment will boost the amount of protected land, which includes national parks and areas of outstanding natural beauty, from 26 per cent of England to 30 per cent by 2030.

That is equivalent to the size of the Lake District and South Downs National Parks combined.

The Prime Minister will also say: ‘We must turn these words into action and use them to build momentum, to agree ambitious goals and binding targets. We must act now, right now.’

‘As the environment is a devolved matter, Westminster will work with the governments of Scotland, Wales and Northern Ireland plus landowners to protect more land across the UK.

Mr Johnson will commit to his promise by signing the Leaders’ Pledge for Nature at the UN event.

He will be joined by Emmanuel Macron, Angela Merkel, Justin Trudeau, Jacinda Ardern, who are among 64 leaders from five continents to sign the pledge.

It includes a 10-point pledge, formulated by the governments and the European Union, to counteract the damage to ecosystems that underpin human health and wellbeing.

As part of it, governments will pledge more money will be spent on the environment and ensuring nature is a priority.

The commitments include a renewed effort to reduce deforestation, the elimination of subsidies that harm the environment and the transition to sustainable food production. 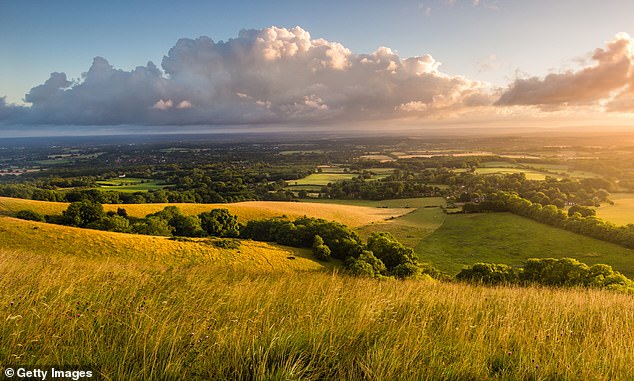 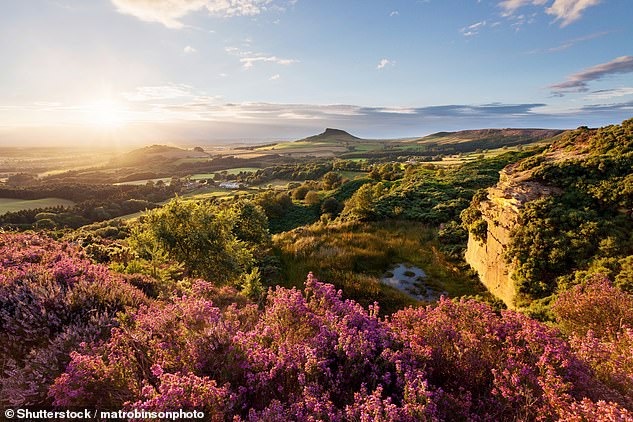 The commitment will boost the amount of protected land, which includes national parks and areas of outstanding natural beauty, from 26 per cent of England to 30 per cent by 2030. Pictured: North York Moors National Park (file photo)

Martin Harper, RSPB director of global conservation, said the 30 per cent commitment could be a ‘huge step towards addressing the crisis our wildlife is facing’. But he added: ‘Targets on paper won’t be enough. Those set a decade ago failed because they weren’t backed up by action.

‘This is why the 30 by 30 promise must now be put into domestic law, as part of a suite of goals to restore the abundance and diversity of our wildlife, in every country in the UK.’