‘By far the happiest person I thought I knew’: Wisconsin news anchor and star college basketball player, 27, dies in suicide at her apartment

By Jennifer Smith, Chief Reporter and David Averre For Dailymail.Com

A Wisconsin news anchor and former college basketball star described by family as the ‘happiest person’  they knew has taken her own life in a shock suicide six weeks before her wedding.

Neena Pacholke, 27, was found dead at her apartment in Wisconsin on Saturday.

Her sister Kaitlynn has since confirmed her death to be a suicide, telling The Tampa Bay Times in a heartbreaking tribute: ‘My sister was by far the happiest person I thought I knew.

‘Sometimes you just don’t know what people are going through, no matter how much you think you know someone…my sister had access to every resource you could imagine.’

Neena and her fiancé were due to be married on October 12. It’s unclear if they were living together.

Police were called to her home at 11am on Saturday morning.

Neena Pacholke, 27, was found dead at her apartment in Wisconsin on Saturday. Her sister Kaitlynn has since confirmed her death to be a suicide 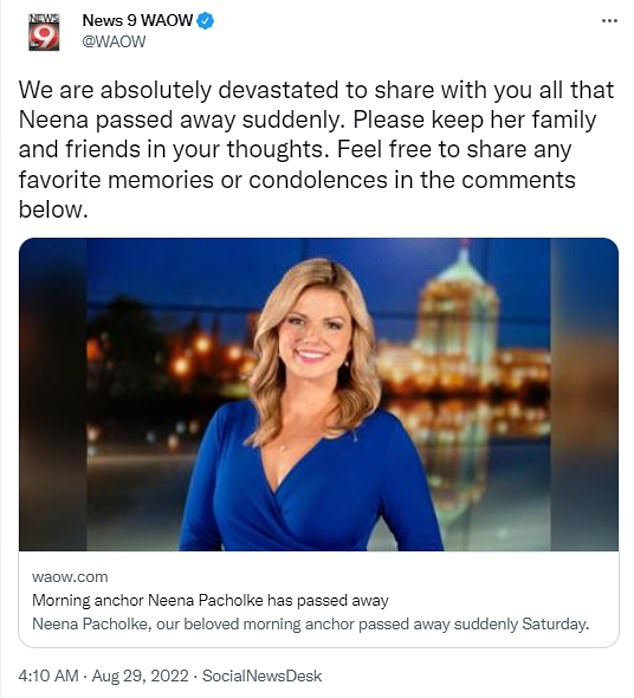 ‘Neena Pacholke, our beloved morning anchor passed away… The entire team here at News 9 are absolutely devastated by the loss as we know so many others are as well,’ 9 WAOW said in a statement 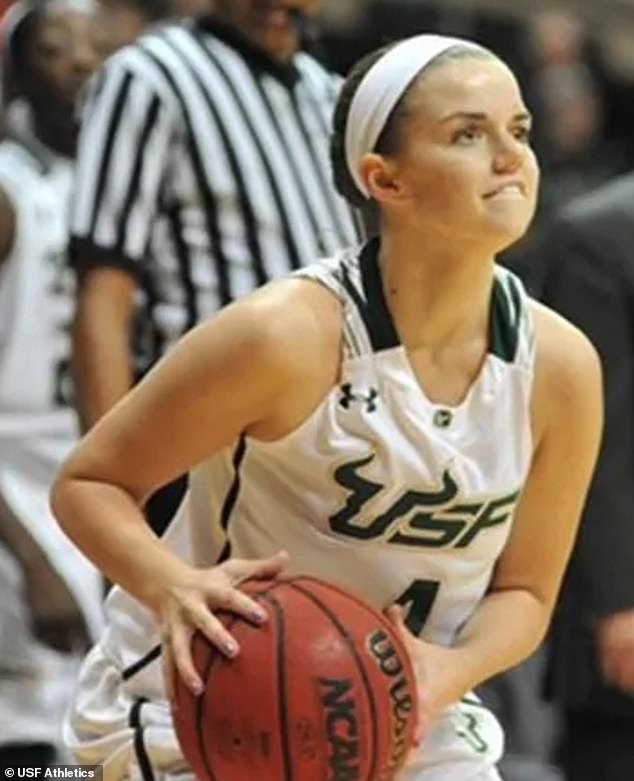 In a heartbreaking Facebook tribute, she said: ‘I know she’s not in pain anymore and I am thankful for that.

‘Neena- I love you more than you could ever understand. You were my very best friend. My whole world. I’m so sorry I couldn’t save you.’

I love you more than you could ever understand. You were my very best friend. My whole world. I’m so sorry I couldn’t save you

Neena’s co-anchor Brendan Mackey claimed his colleague was ‘the brightest light in the room’ and praised her as ‘an incredible friend… a role model’.

A graduate of Freedom High School in Tampa, Neena was a star point guard and team captain of the basketball team who managed an impressive 25-4 record in Neena’s senior year.

She turned down multiple offers to play professional women’s basketball to pursue a career in news.

In a statement on its website, WAOW, the network she worked for, said: ‘The entire team here at News 9 are absolutely devastated by the loss as we know so many others are as well.

‘Neena loved this community and the people who lived here.

‘She was a kind person with a big heart and a contagious smile and we will miss her greatly. 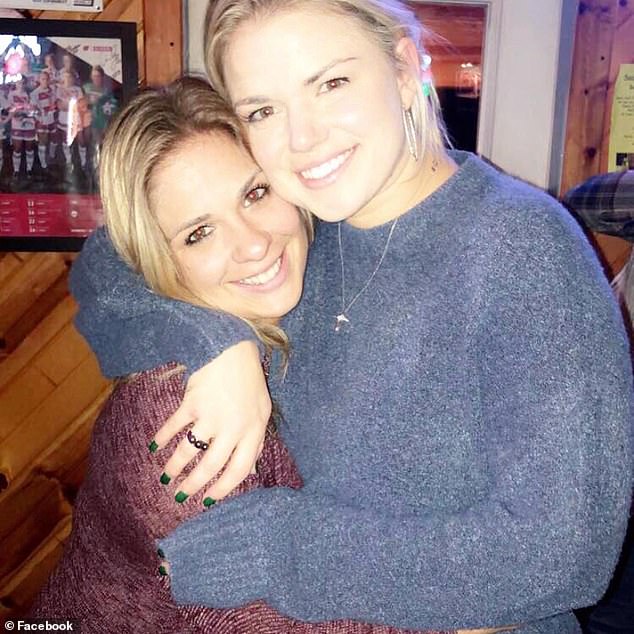 Neena with her sister Kaitlynn, who confirmed she died by suicide on Saturday 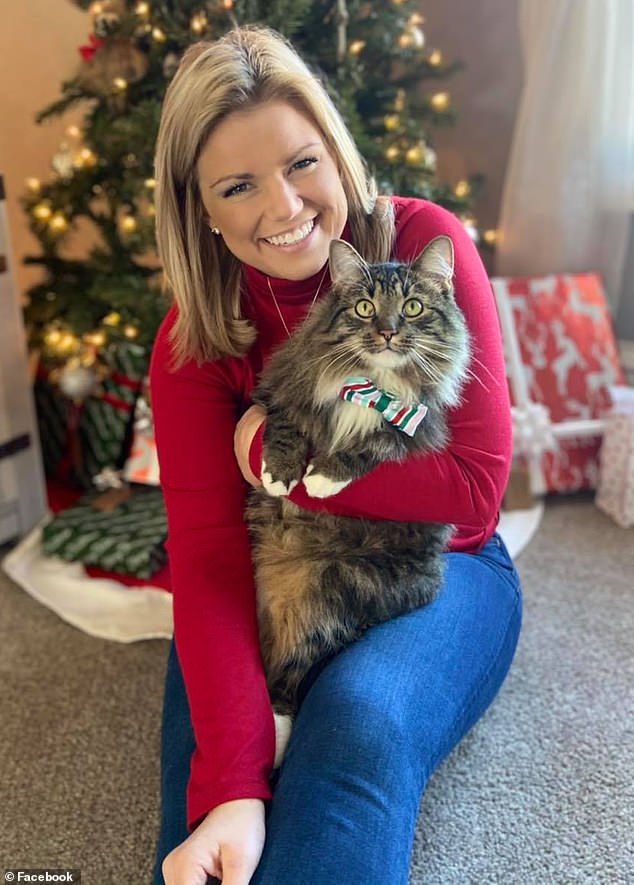 Neena with her beloved cat. She is believed to have lived alone in her apartment in Wisconsin 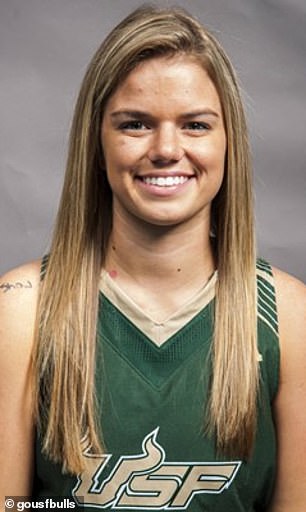 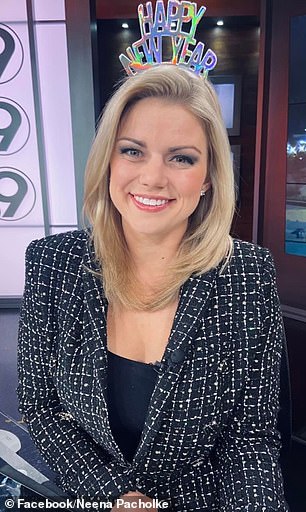 ‘We ask you to please keep her family in your thoughts at this time as we all cope with the loss.

‘We will have much more on the life and legacy Neena had later in the week.’

Her family is now raising money on GoFundMe.

‘Neena radiated light and love wherever she went. She was a force of kindness, and her laughter and smile were contagious.

‘She was a beloved morning news anchor at WAOW in Wausau, Wisconsin and inspired her community with her storytelling and positivity.

‘We have created this GoFundMe to help collect donations for the Pacholke family as they make funeral preparations.

‘Any amount helps and we would appreciate your memories of Neena in the comments below.

‘Any additional money will go to mental health resources,’ the page description reads.

If you or someone you know is having suicidal thoughts, call the 24hr National Suicide Prevention Lifeline at 1-800-273-8255; contact the Crisis Text Line by texting TALK to 741741; or chat with someone online at suicidepreventionlifeline.org.