Paintings by Sir Winston Churchill have sharply risen in value following The Crown, which offered an insight into the war-time Prime Minister’s life.

The popular Netflix drama gave a generous portrayal of Churchill, played by John Lithgow, 69, as a major guiding light for the young Queen Elizabeth, reminding her of her duties before leaving Downing Street aged 80 due to ill health.

And in a bizzare consequence it is thought the accomplished performance by Lithgow has been driving sales of Churchill’s artwork – 500 or more paintings, mostly gifted to friends in his retirement, which are now selling for six or seven figure sums.

Sotheby’s expert Simon Hucker told The Telegraph: ‘What The Crown does is bring these figures from British political history very much to life – and makes them very human.

Over a 50 year period Churchill produced 500 works of art, often while on holiday in exotic locations and did so as a way of relaxing. Here he paints a view of the Sorgue River, Aix-En-Provence, France, in 1948

‘John Lithgow portrayed Churchill as this warm and genial old man, guiding the young Queen as best he can, whilst his own health fades and perhaps it is this side of Churchill that people see in his paintings.’

In the show Queen Elizabeth II, played by Olivia Colman, visits her first Prime Minister, Sir Winston Churchill, on his deathbed following a stroke and kisses him goodbye, saying: ‘God bless you, Winston.’

This emotive portrayal, which provided the viewer with an endearing insight into the Monarch and Prime Minister’s relationship was found to be factually inaccurate.

In reality the Churchill did not have a stroke until the following year – 1965 – after which he neither spoke nor moved again, with royal historian Hugo Vickers claiming the Queen would never have kissed him.

Churchill is famed as the leader who won the war for Britain but within weeks of Germany’s surrender, he was forced to resign as Prime Minister when MPs from other parties left the wartime coalition. 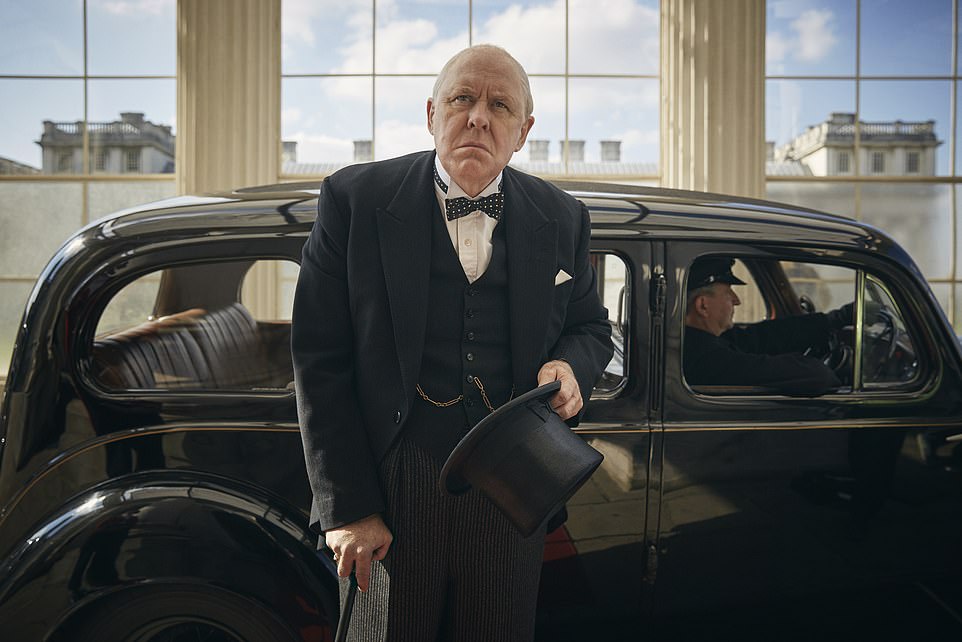 The popular Netflix drama gave a generous portrayal of Churchill, played by John Lithgow, 69, (pictured) as a major guiding light for the young Queen Elizabeth 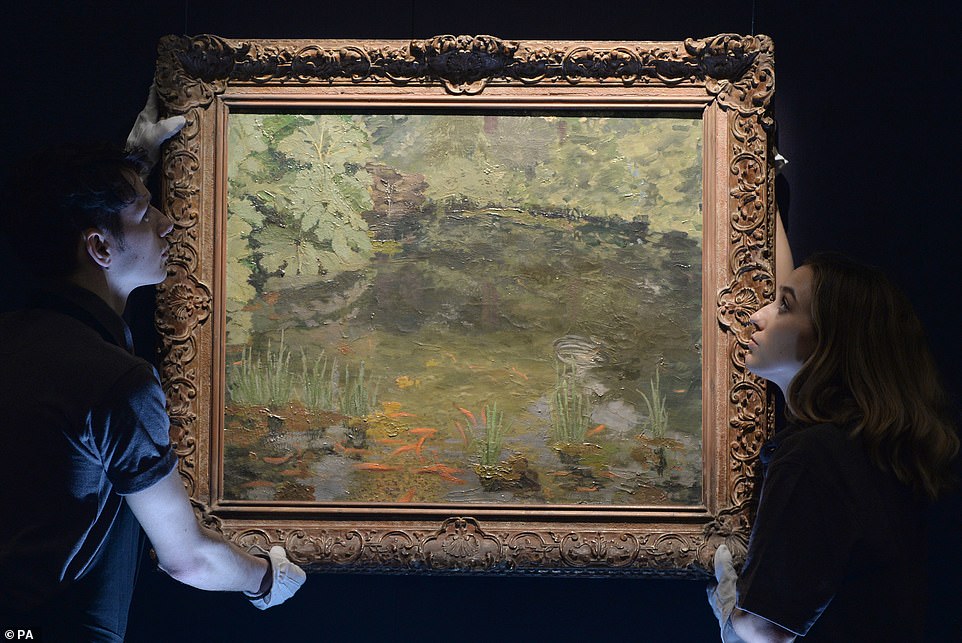 The highest value piece to be sold so far, The Goldfish Pond At Chartwell, went for £1.8million in 2017

He later became leader of the opposition and played a huge part in world politics, however, he spent a lot of time travelling and often painted the scenes, offering them as gifts to friends and politicians.

He is most acclaimed for his impressionist landscapes, which he often painted while on holiday in exotic locations as a way of relaxing.

He is known to have studied and been influenced by painters such as Paul Cézanne, Claude Monet and John Singer Sargent. 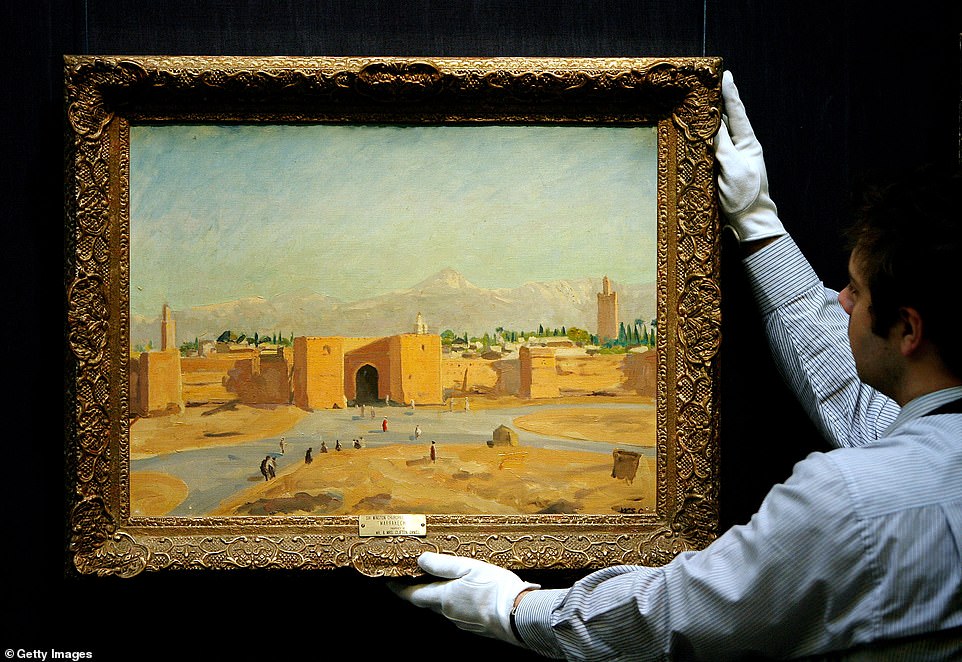 This painting, showing The Tower of Katoubia Mosque in Marrakech was given to US President Harry Truman, went on sale for $3million (£2.29million) in 2011 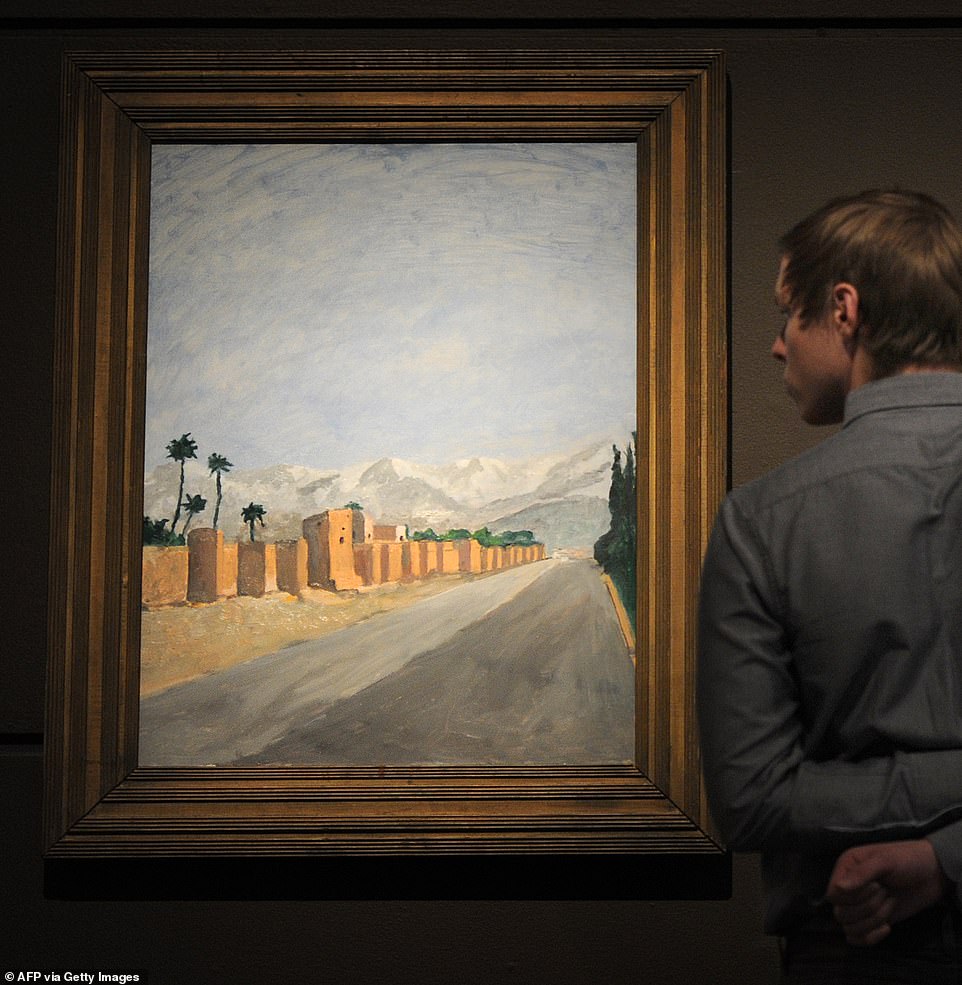 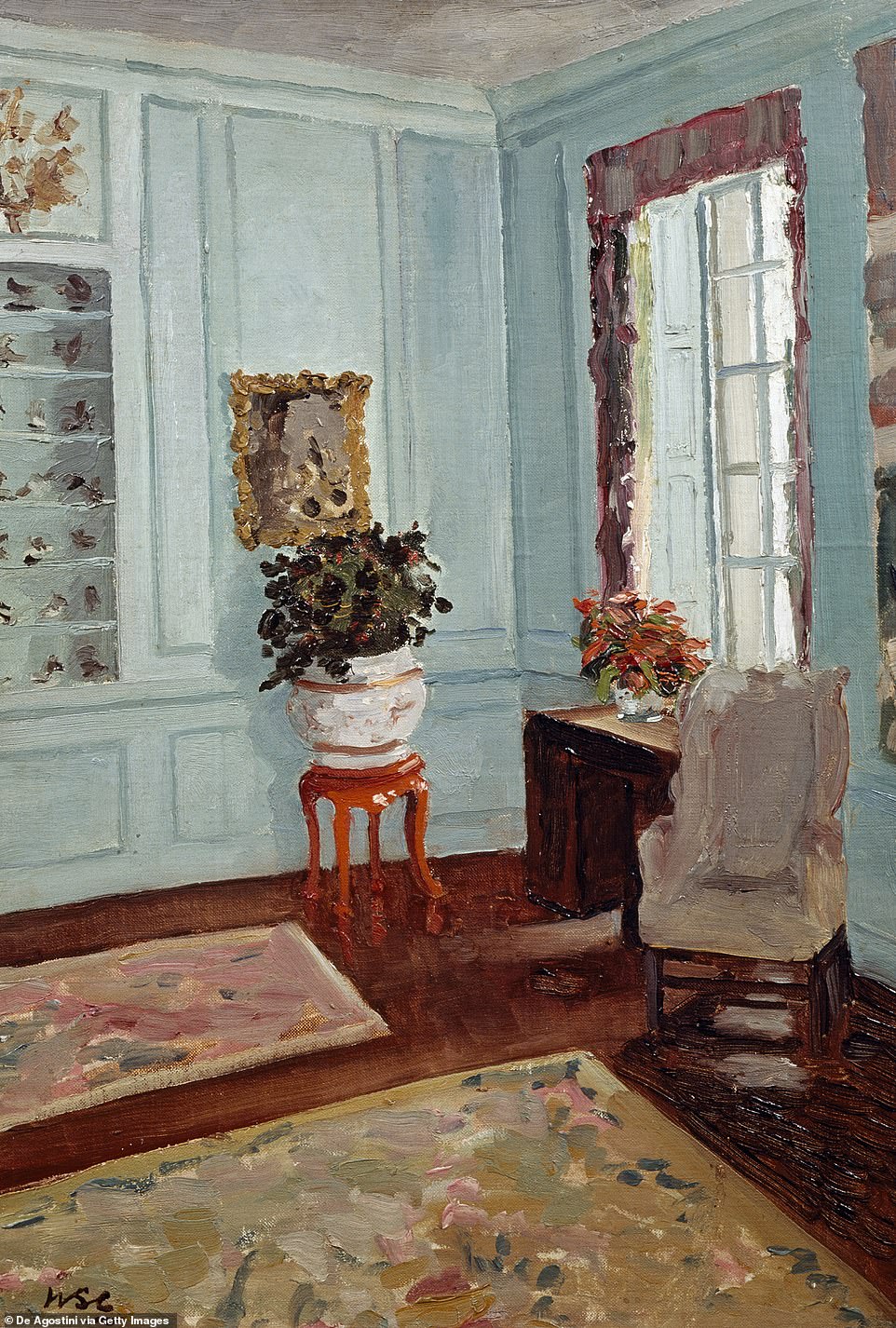 The value of Churchill’s art work was demonstrated at an auction of 15 original pieces belonging to his late daughter in 2014.

His most famous piece, ‘The Goldfish Pool at Chartwell’ went for £1.8m in 2017 while ‘Tapestries at Blenheim’ sold for £1m.

Another painting, showing The Tower of Katoubia Mosque in Marrakech was given to US President Harry Truman, went on sale in America for $3million (£2.29million) in 2011. However, a sale was never confirmed. 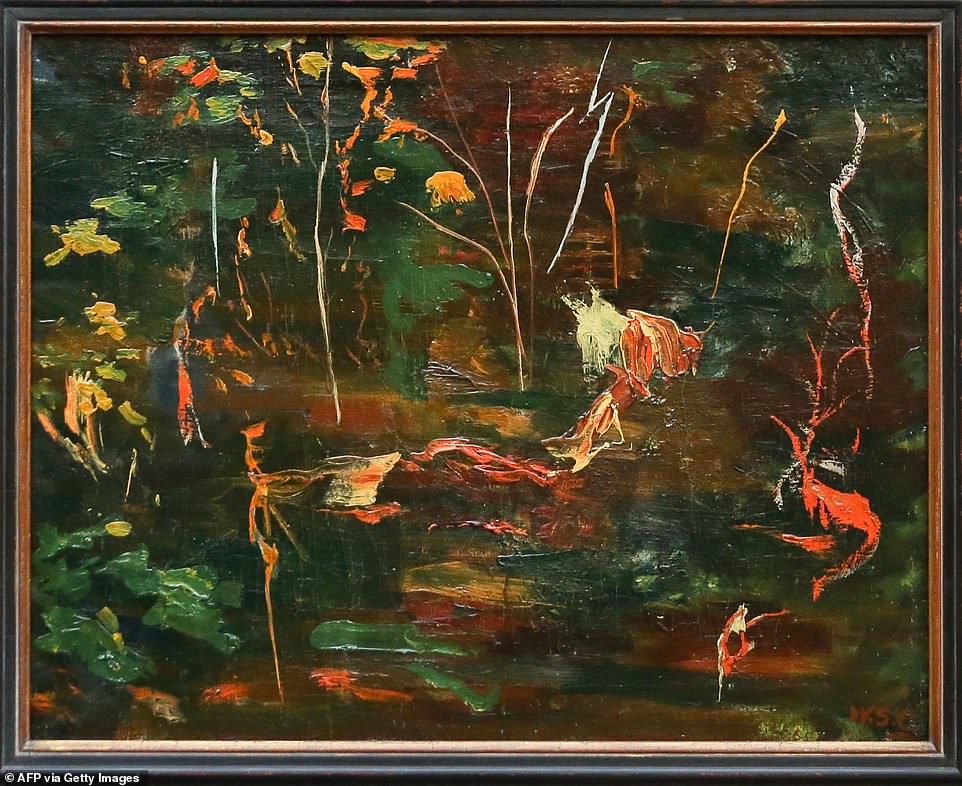 The last known painting Churchill, The Goldfish Pool at Chartwell, oil on canvas, circa 1962

Prior to that, various works have sold for more than £100,000, often surprising auctioneers by vastly exceeding their estimates.

View of Tinherir, also painted in Morocco, was given to US General George Marshall as a symbol of Anglo-American solidarity in 1953. It was sold for £612,800 in 2006.