EXPRESS INFORMER > News & Politics > Sir Trevor McDonald, 81, is seen for the first time after ‘splitting from his second wife, 65’

Sir Trevor McDonald has been seen for the first time since splitting from his wife.

The veteran newsreader and his second wife Jo, 65, are going their separate ways after 34 years of marriage, it emerged earlier this week.

Sir Trevor was spotted for the first time since the split near his bachelor pad in Barnes, where he has reportedly moved after leaving the family home in Richmond they bought together in 2001 for £2.3 million.

He was seen wearing a mask and appeared to have injured his right eye, which was swollen and bloodshot behind his trademark glasses. 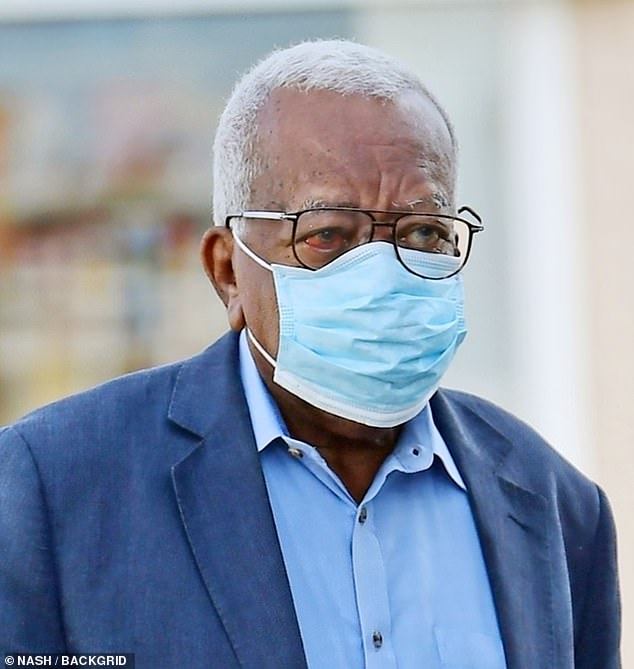 The 81-year-old appeared to have injured his eye, which was swollen and bloodshot behind his trademark glasses

The broadcaster left his home to run some errands. He was seen popping a letter into a Royal Mail postbox and buying a newspaper from a local Tesco.

The 81-year-old rose to prominence as the presenter of ITN’s News at Ten in 1992, where he met his wife, a former production assistant at the news organisation.

The legendary newsreader was married to Jo for more than three decades.

They tied the knot in 1986 after an office romance and a year after he divorced first wife Beryl, who later remarked ‘He found himself a younger, better looking girl.’ 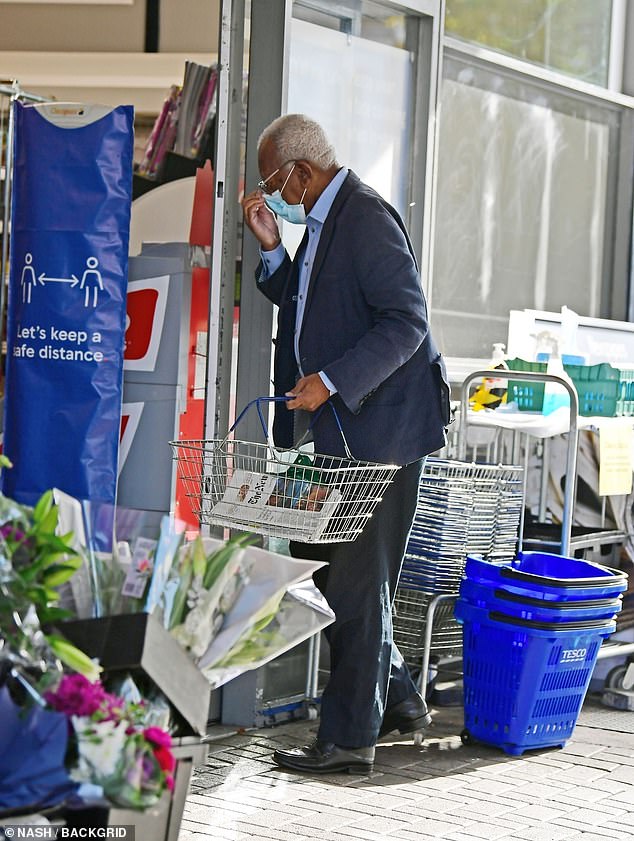 The broadcaster ran some errands in Barnes, near the bachelor pad he has reportedly moved to after moving out the marital home he shared with Jo in Richmond 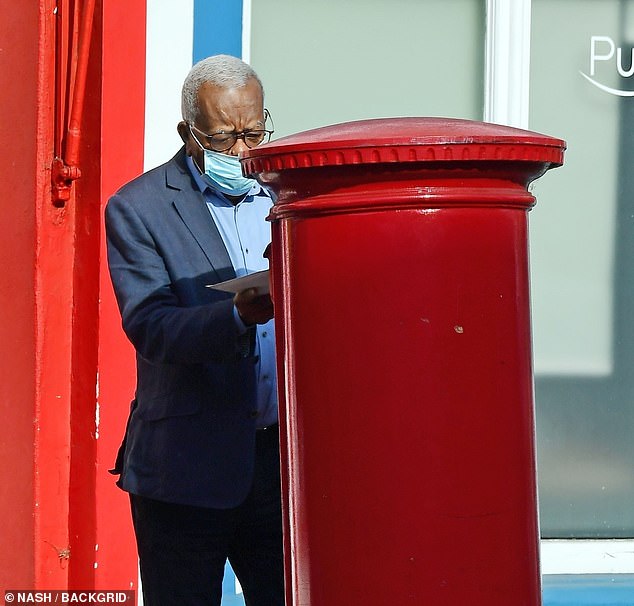 He and Jo, who have a 31-year-old son named Jack, separated in 2004 but reconciled happily until the relationship fizzled out in recent months.

The news presenter also shares two children, Joanne and Tim, with his first wife Beryl who he divorced in 1985.

Sir Trevor first rose to prominence as the presenter of ITN’s News at Ten from 1992 to 1999 before going on to to host ITV’s flagship current affairs programme Tonight with Trevor McDonald in 1999. 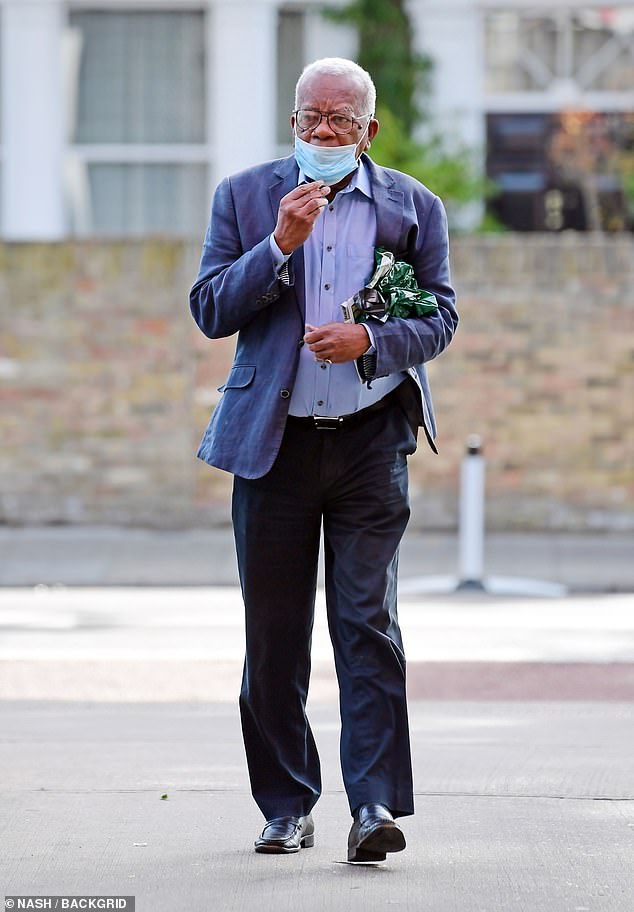 Sir Trevor, pictured here for the first time since his split, is known for his interviews with prominent figures including Tony Blair, Nelson Mandela and former US President Bill Clinton 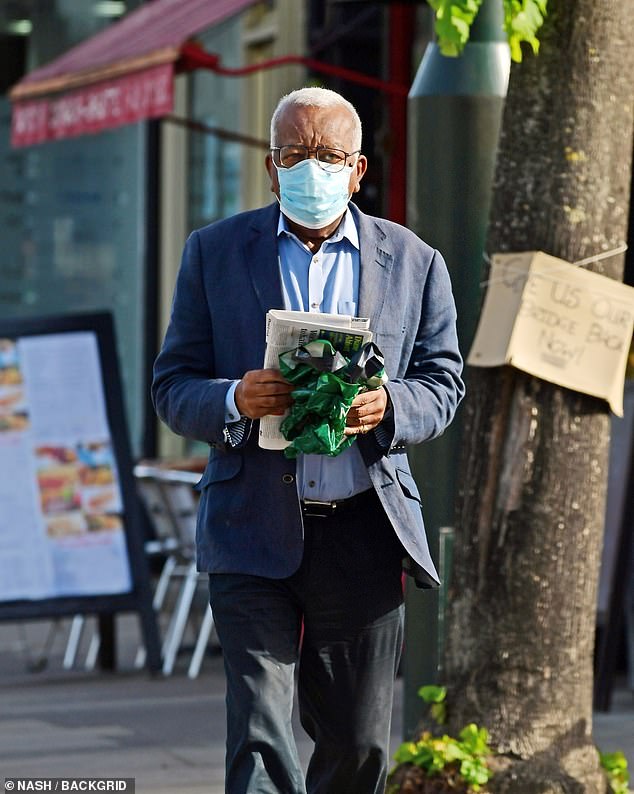 He is known for his interviews with prominent figures including Tony Blair, Nelson Mandela and former US President Bill Clinton and was named Newscaster of the Year in 1993, 1997 and 1999.

His decades as one of Britain’s most trusted journalists saw him rewarded with a knighthood in 1999 for his services to journalism, but he later branded the honour ‘worthless’.

Since his retirement from nightly news in 2008, he has fronted documentaries on topics ranging from the mafia to death row. 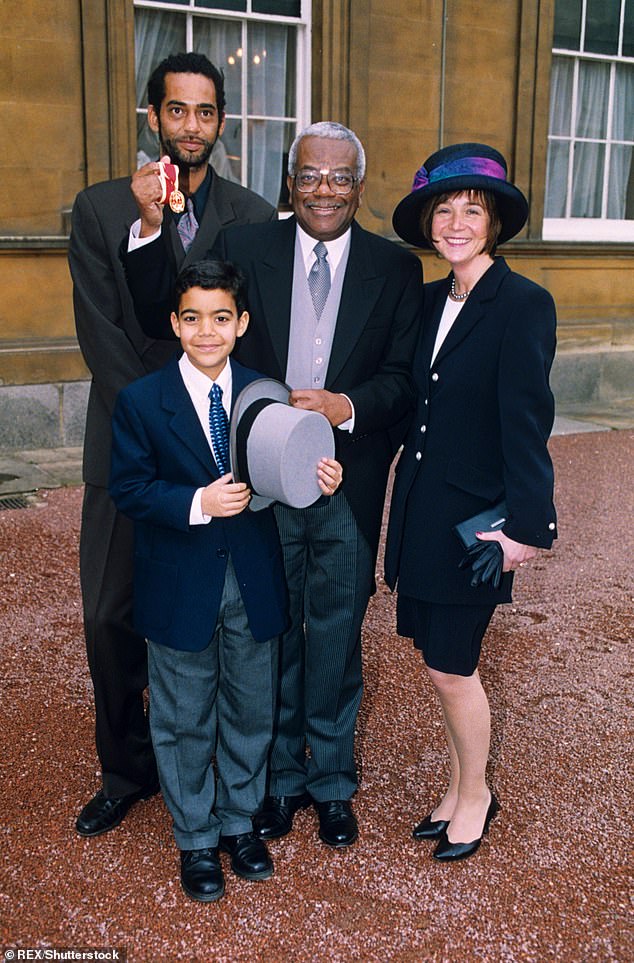 In June he came under fire from animal rights campaigners for visiting a camel wrestling event in Turkey for an ITV travel show. 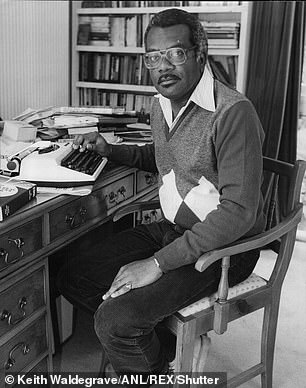 Sir Trevor poses at hoe with his typewriter near the start of his career, which started in Trinidad

Earlier this year, Sir Trevor said nothing in his career had compared to the ‘immense, international’ nature of the coronavirus pandemic.

Speaking to presenter Julie Etchingham on the ITV News podcast Coronavirus: What You Need To Know, he said: ‘I don’t remember a story which has so internationally involved us all.

‘We are connected much more than we ever thought. We’re anxious to hear what’s going on all over the world.’

He added: ‘It is very, very strange to go through a week knowing that you have so few things which are absolutely planned. It’s a bit difficult having all the time on your hands.

‘In my personal case, the lack of social contact and having to stay in a lot is at times fairly depressing, really. You just have to try and find ways of dealing with it.

‘I must confess I’m not too sure I’ve done terribly well for finding those ways!’

Sir Trevor was born George McDonald in Trinidad and Tobago in 1939.

His father worked on an oil refinery but also raised pigs as an unusual sideline.

Sir Trevor was one of four children and described their home growing up with cracks they used newspaper to cover over.

He started his journalistic career at the start of the sixties and worked in local papers, radio and television in Trinidad.

It was there he met his first wife Beryl, at a cricket match and the pair went on to tie the knot.

But when he became a producer at the World Service’s Caribbean section his life changed forever.

He relocated to London in 1969 to work for BBC radio before switching to ITN in 1973.

The following year he married Beryl and his star rose rapidly as went through roles as news, sports and diplomatic correspondent roles before landing the job of newsreader.

But by 1984 their relationship was on the rocks and they divorced.

Then following an office romance an ITN production assistant called Josephine, they got married in 1985.

His lighthearted ‘And finally’ stories at the end of the ITN’s News At Ten bulletins became a national institution.

He was knighted in 1999 and still presents specials on ITV.

In 2007 he said he could quit his ITN job by the end of the year because of the strain of late-night working hours and the toll it takes on his family life.