Sir Trevor Brooking has put his five-bedroom house complete with an outdoor pool and an indoor sauna on the market for £2.4million.

The former England and West Ham star, 72, is selling the family home in Shenfield, Essex, which boasts a landscaped garden and garden room.

There are four large bedrooms on the first floor – three with ensuites – plus another which can also be used as a study on the top floor.

Sir Trevor Brooking has put his five-bedroom house complete with an outdoor pool and an indoor sauna on the market for £2.4million 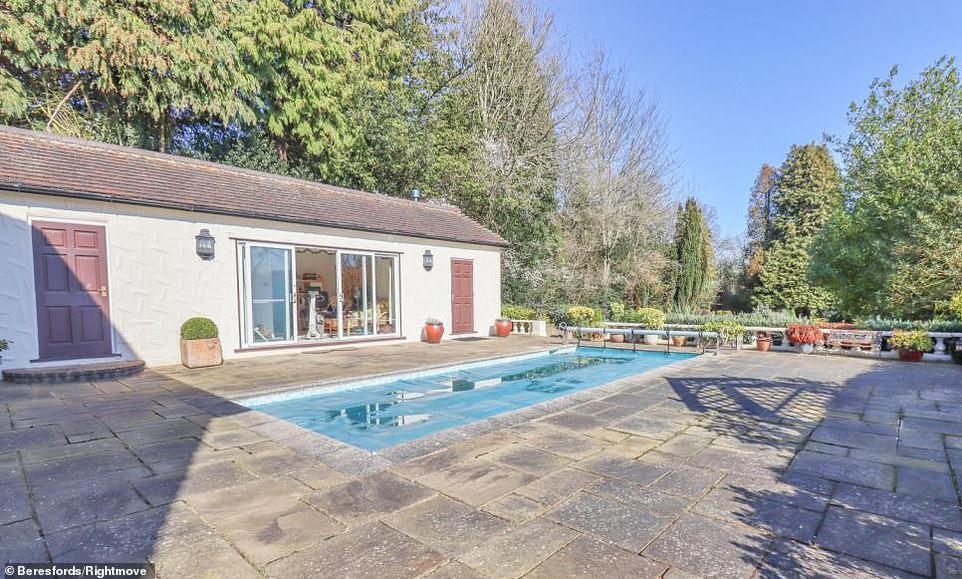 The former England and West Ham legend, 72, is selling the family home in Shenfield, Essex, which boasts an outdoor swimming pool 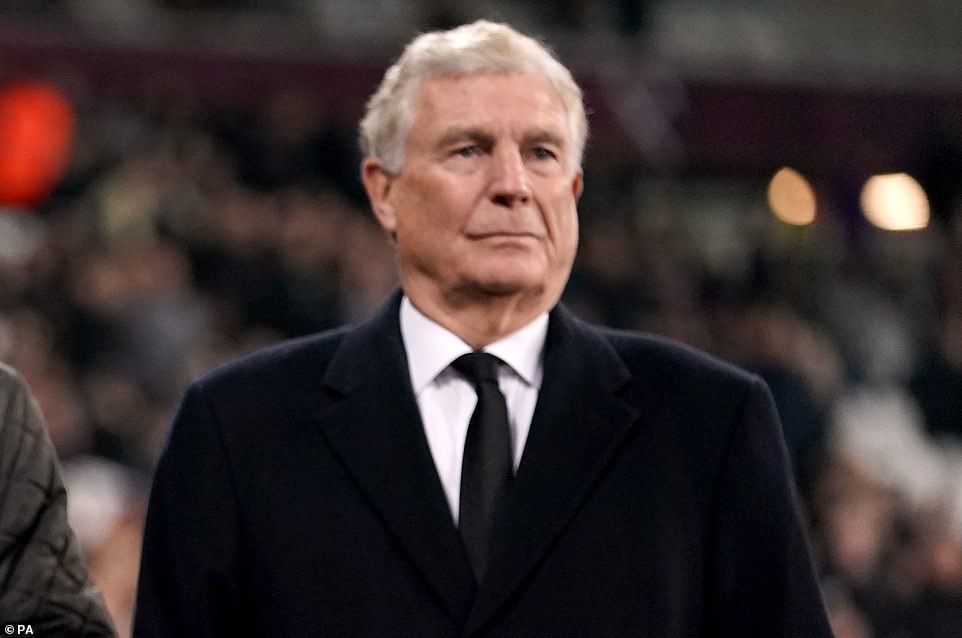 The England international, who has 47 caps, has been married to wife Hilkka, for 51 years and they have two children together, Collette and Warren

One the spacious ground floor there is a kitchen, breakfast room and dining room, plus a living room and family room.

Sir Trevor, who lives there with wife Hilkka, also has a double garage at the home they raised their two children in, Collette and Warren.

The retired ex-professional moved there when he retired aged 35 with his Finnish au pair spouse.

Fellow Hammers legend and 1966 World Cup winner Martin Peters was a neighbour of Sir Trevor until he died two years ago.

The Rightmove listing reads: ‘​​Located just 0.8 miles from Shenfield station in one of ‘Old Shenfield’s’ most exclusive turnings and being discreetly advertised is this fantastic four bedroom executive family home. 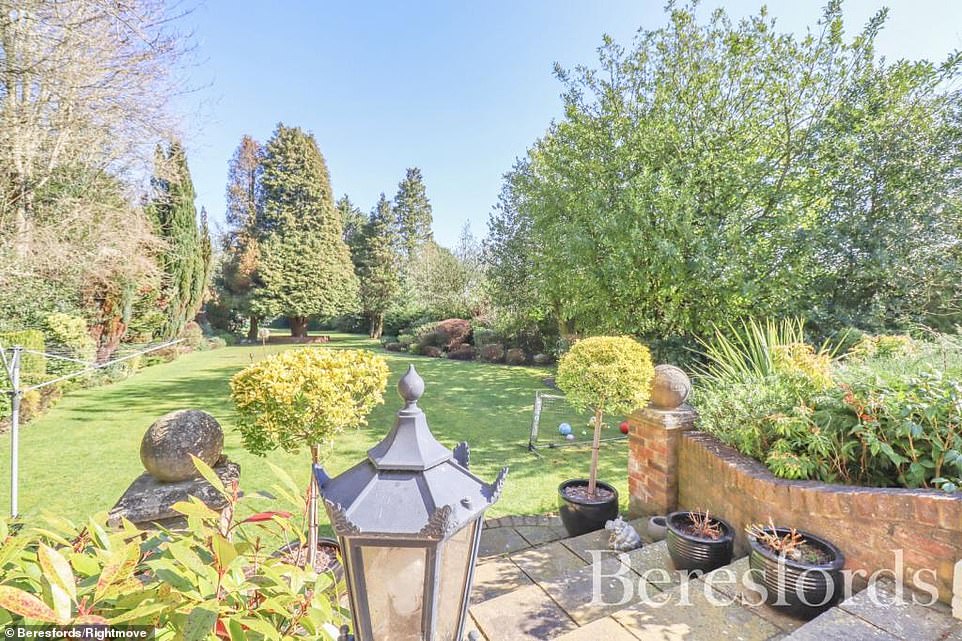 Along with the five bedrooms, the interior features a breakfast room, a gymnasium, three en-suites and a dining room 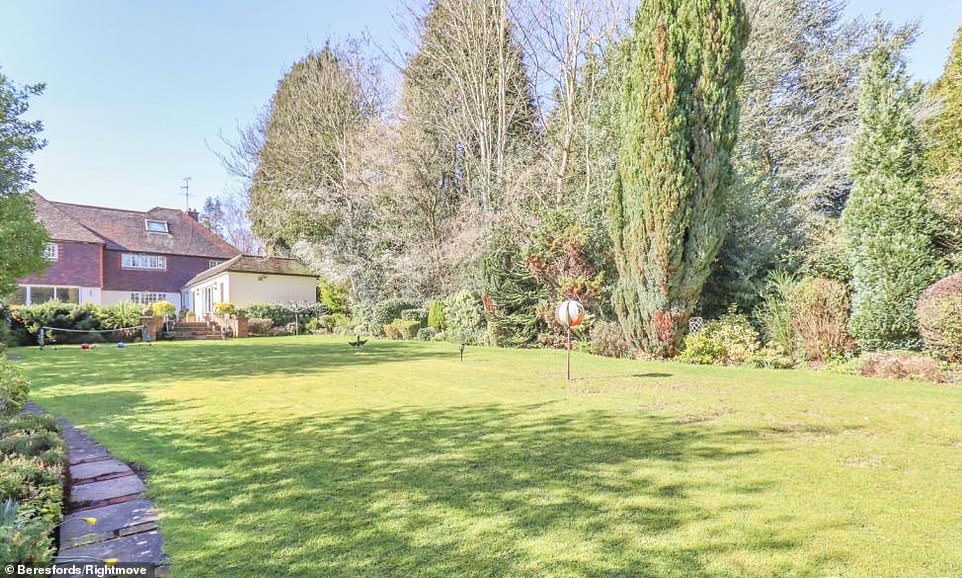 ‘To the first floor there are four bedrooms, the main bedroom having its own ensuite, bedrooms two and three also have ensuites.

‘Whilst bedroom four is currently being used as a dressing room.

‘To the next floor is a good sized loft room/study area.

‘Externally the secluded rear garden stretches to approximately 200’ and commences with a large patio area leading to the outside heated swimming pool, and steps down to the lawned area with planted borders.

‘To the rear of the garden are some sheds and an allotment area for vegetables.

‘To the front of the property is a large carriage driveway providing parking for numerous vehicles, and access to the large double garage, with electric up and over door.’ 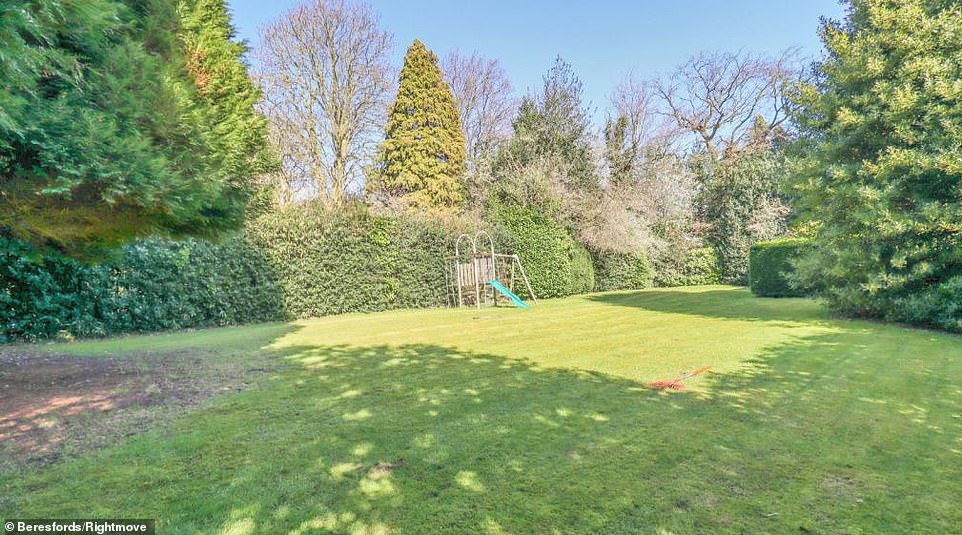 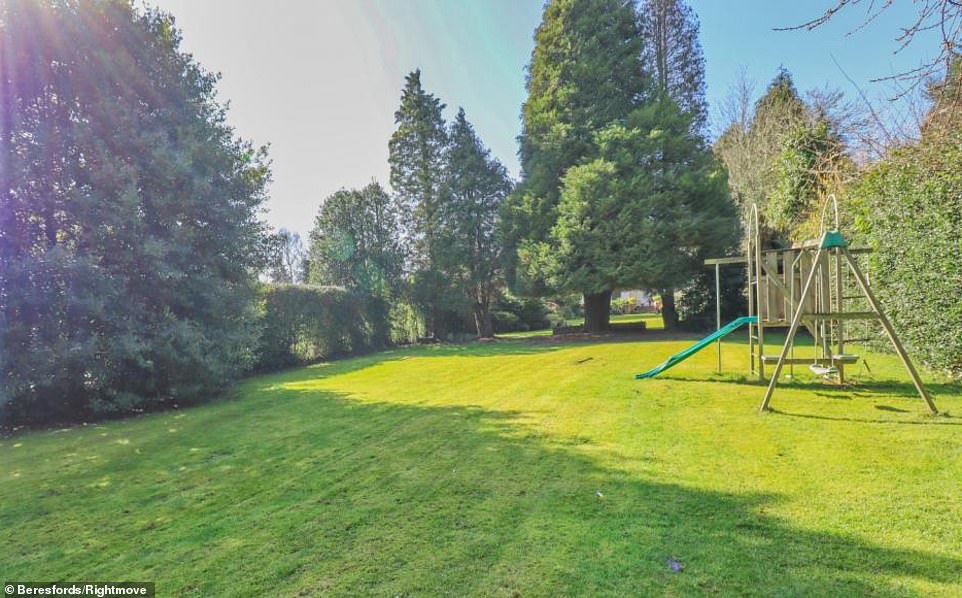 He made more than 600 appearances for West Ham and also won the FA Cup twice, scoring the winner in the 1980 final victory over Arsenal

He made more than 600 appearances for West Ham and also won the FA Cup twice, scoring the winner in the 1980 final victory over Arsenal.

After hanging up his boots, he joined the BBC as a pundit, working on Match of the Day and World Cup and European Championship tournaments.

He was briefly lured into management twice, taking over as caretaker at West Ham twice in 2003 after serving on the board.

Brooking has been heavily involved in football administration, serving as chair of the Eastern Region Council for Sport and Recreation, and later as chairman of Sport England.

In 2004, he joined the FA as director of football development and was a key part of the team that appointed Steve McClaren as England manager.

His name now adorns one of the stands at the London Stadium.