Sir Philip, who has worked in the civil service for 33 years, said in a statement that there had been a ‘vicious and orchestrated’ campaign against him.

His resignation comes after it was claimed that Priti Patel told Sir Philip to get rid of a senior official on Christmas Eve but the top mandarin refused. 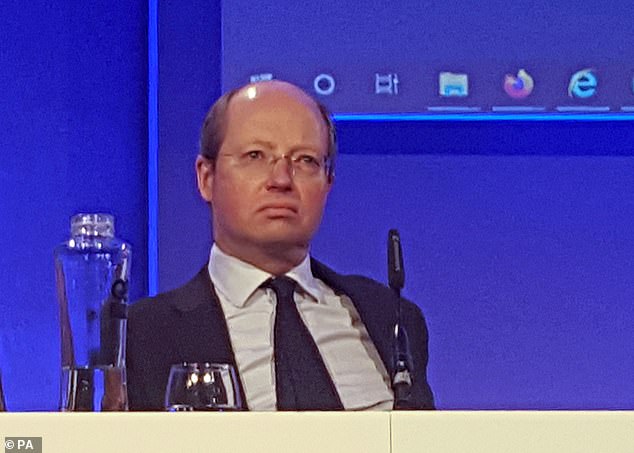 Sir Philip, who has worked in the civil service for 33 years, said in a statement issued outside his home that there had been a ‘vicious and orchestrated’ campaign against him

In tweets announcing his resignation, BBC political editor Laura Kuenssberg said the move was ‘highly unusual’ and added she ‘can’t remember a senior public official taking a step like this.’

Ms Patel is said to have instructed Sir Philip to move director of communications Andy Tighe out of the department.

But Sir Philip allegedly declined to carry out the order due to the timing of the request with Mr Tighe, a former BBC journalist, later choosing to retire from the role.

The incident, reported by the Huff Post website, is thought to have been one of the main drivers behind the apparent deterioration in the relationship between Ms Patel and Sir Philip. 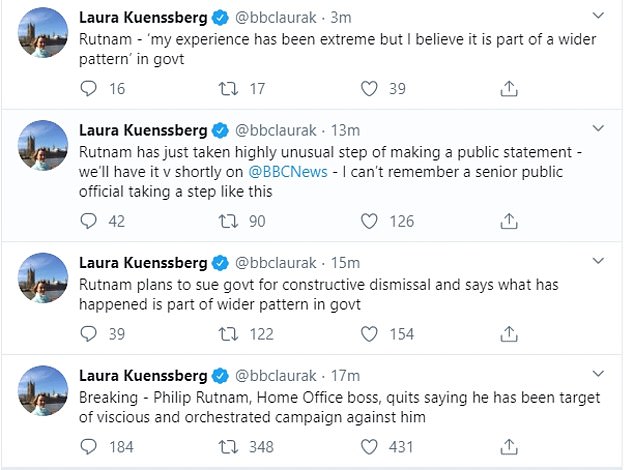 It is one of a number of claims which have been made in recent weeks about Ms Patel and Home Office officials apparently falling out.

Ms Patel has reportedly tried to oust Sir Philip from his position as the department’s top civil servant while the Home Secretary has faced allegations of bullying and belittling staff – accusations her allies have rejected.

Sir Philip today appeared to make light of the Home Office war as he made a rare public appearance.