Sir Elton John could be fined €1k [£910] for failing to wear a face mask in public, after enjoying a meal at a swanky hotel in Capri, Italy.

Currently holidaying with his family on the southern island, Sir Elton, 73, posed for a cosy photo with a pal outside the Grand Hotel Quisisana, a five star resort in Campania.

The region is currently enforcing a rule that states face masks must be worn outside in public spaces, as well as bars, shops and restaurants.

Rules are rules! Sir Elton John could be fined €1k [£910] for failing to wear a face mask in public after he was snapped posing for a cosy photo with a pal in Italy

According to reports, an official complaint has been made by Codacons, Italy’s national consumer affairs association, about Sir Elton’s conduct.

Not only was Sir Elton sans face mask on the front steps of the hotel, he was cuddled up to his friend in a photo posted to social media, flouting social distancing in a double-whamming of rule breaking.

Codacons has complained to the chief of police of Naples, the Capri town council and to the regional government of Campania, stating that Sir Elton had ‘broken the rules’.

Carlo Rienzi, the president of the association, said: ‘The rules are the same for everybody. The people of Campania are obliged to wear masks outside and the same goes for VIPs and famous people.’ 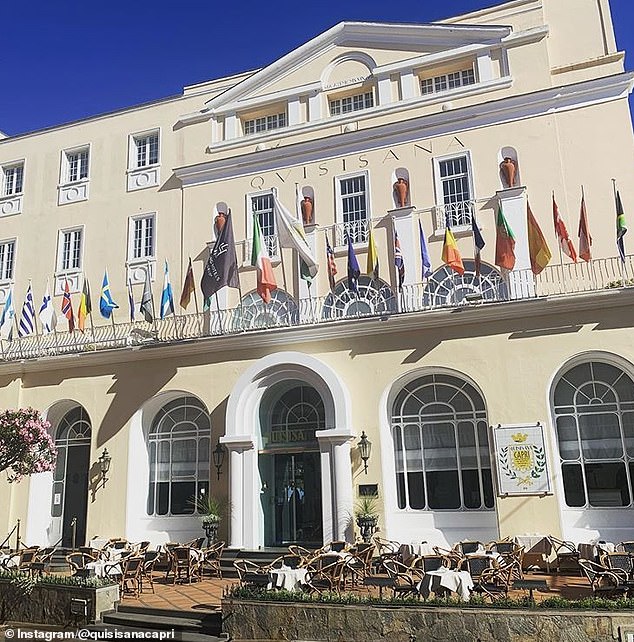 Scene of the ‘crime’: The photo was taken after Elton enjoyed a meal at a swanky hotel in Capri, Italy – the Grand Hotel Quisisana [pictured]

MailOnline has contacted a rep for Sir Elton for comment.

However, this complaint was slammed by Roberto Russo, a businessman friend of Sir Elton’s, who said the Rocket Man singer arrived at the hotel on an electric buggy.

This was after he arrived in Capri’s port on a yacht, and had supposedly worn a mask the whole time. 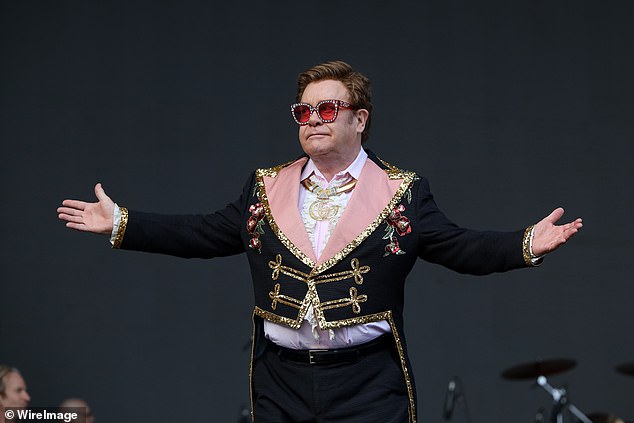 In trouble? Codacons has complained to the chief of police of Naples, the Capri town council and to the regional government of Campania, stating that Sir Elton had ‘broken the rules’ [Elton is pictured in February]

Having arrived at the hotel to join his family for drinks, Russo said of Elton: ‘As the law permits, he drank an aperitif without wearing a mask. He did not step foot in the streets of Capri!’

Speaking to Ansa, Italy’s national news agency, he went on: ‘We were the only people at the bar and the return to the yacht took place in the same way, with masks worn. Codacons should get its facts right!’

However, the image sees Elton on the front steps at the entrance of the hotel, no mask. 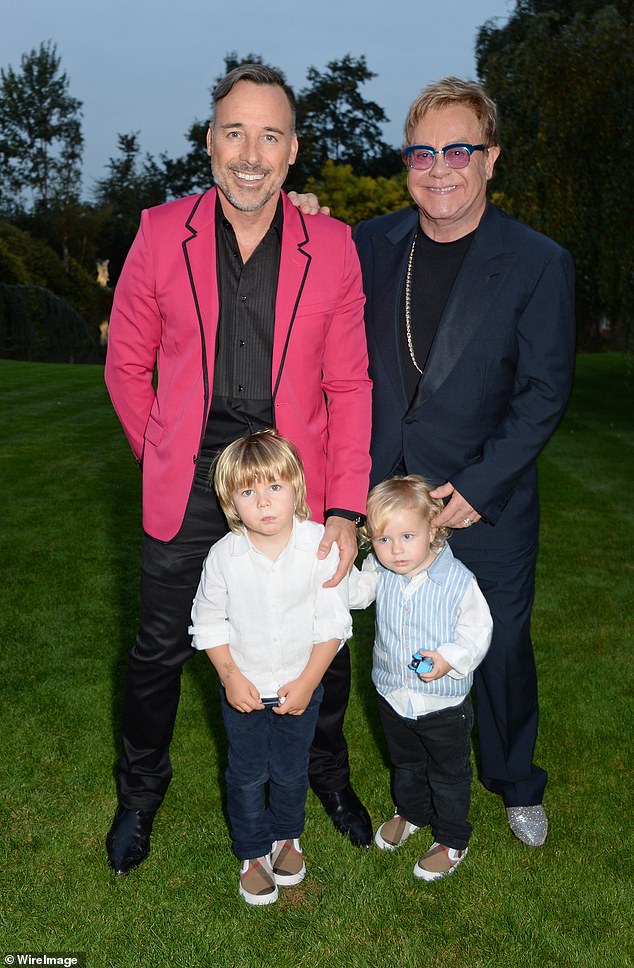 Family trip: Elton is currently holidaying with his family on the southern Italian island [pictured with husband David Furnish and sons Zachary and Elijah, in 2014] 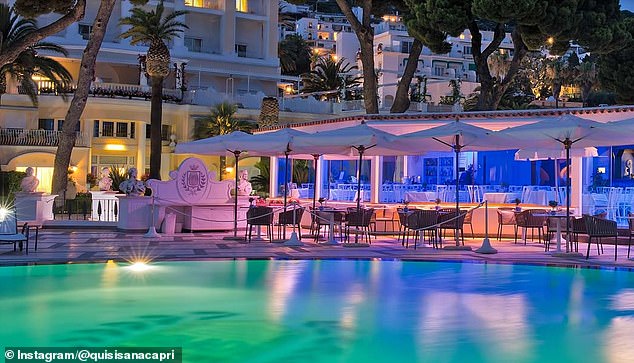 Terrace talk: Having arrived at the hotel to join his family for drinks, Elton reportedly ‘drank an aperitif without wearing a mask’ on the terrace, says his friend

Italy – which at the start of the pandemic was one of the worst-hit countries, enforcing one of the first lockdowns – is looking to extend the country’s current state of emergency to the end of January.

The COVID-19 rules are currently in place until October 15, but look to be extended into early 2021.

The country’s health minister said on Thursday: ‘We need to resist with the knife between our teeth for the difficult seven to eight months ahead!

‘In the months ahead in which we do not have a COVID vaccine or cures, we will need correct behaviour by people because that is what enabled us to bring down the curve in previous months.’