A struggling single mother who works for the NHS has won a £425,000 apartment for just £2 in a raffle.

Cynthia Kanyua currently lives in social housing after escaping an abusive relationship and was just getting by when her luck changed.

She and her 10-year-old son Finley will now live rent-free in their new 1,100 sq ft home in a leafy village.

She spent only £10 after buying five tickets, when her friend Rupa told her about the competition and persuaded her to buy a ticket.

Cynthia Kanyua has won a £425,000 luxury apartment for just £10 after she purchased five raffle tickets when a friend told her about the competition. The single mother, pictured with brothers Daniel, William and Jason Twenefour who ran the raffle, works as an NHS therapist 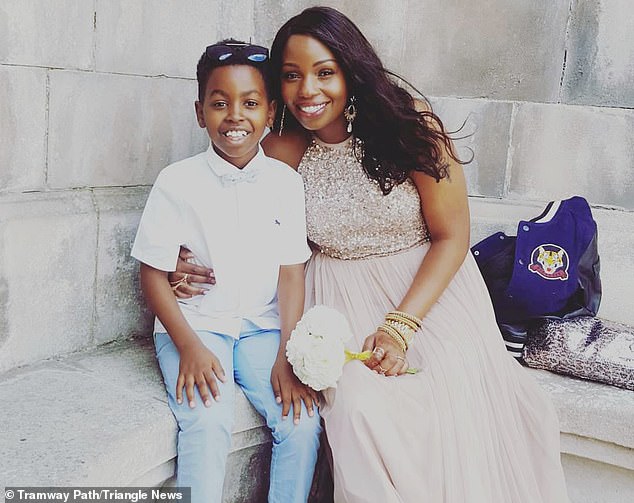 Cynthia and her son Finley (pictured), who once lived in a shelter after fleeing an abusive marriage, will move into the new home once Finley has finished his final year at primary school 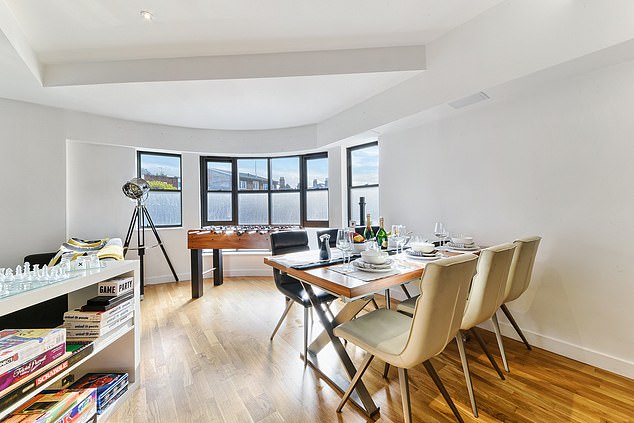 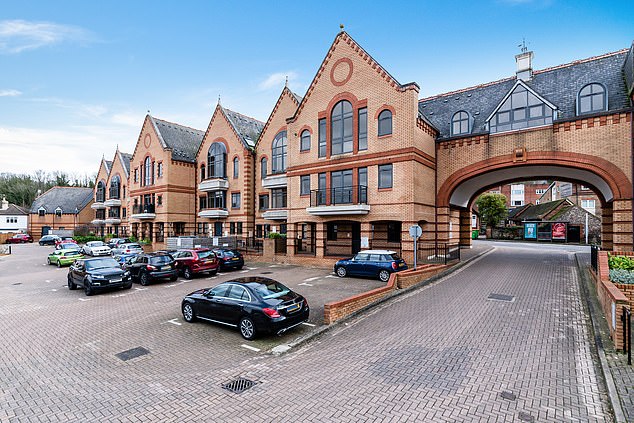 The immaculately presented family-sized apartment in Surrey is situated on the first floor of a popular residential development (pictured) and spread over an impressive 1,100 sq ft

Cynthia, who works as an occupational therapist at Hillingdon Hospital, Middlesex, took Rupa along with her when she picked up the keys on Sunday.

‘I got goosebumps when I got the call and haven’t been able to sleep for a week since because I am so excited and I still can’t believe it’s real.

‘I am living in social housing now and I’ve been working so hard to do what I can to have something I can leave for my son.

‘I was trying so hard and was looking into shared ownership as an option.

‘But owning a property was still so far away, it was just a pipe dream.

‘I am so thankful to my friend Rupa who was kind enough to tell me about the raffle. I would never have known about it without her.

‘I feel so lucky, so blessed. I am open to whatever good now comes my way.’ 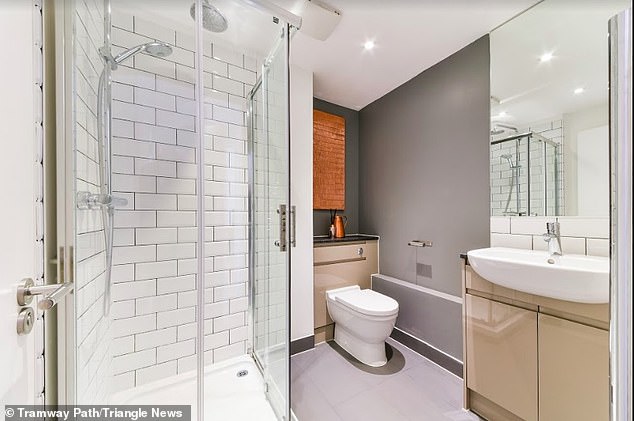 The £425,000 apartment, in Whyteleafe, Surrey, has been completely refurbished recently 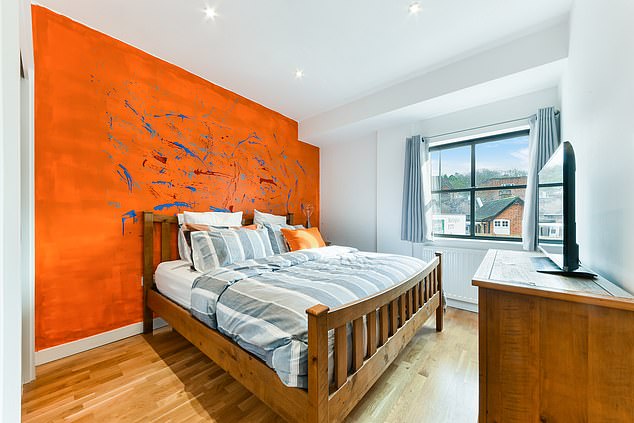 One of the guest bedrooms in the property. The prior owner struggled to sell during lockdown 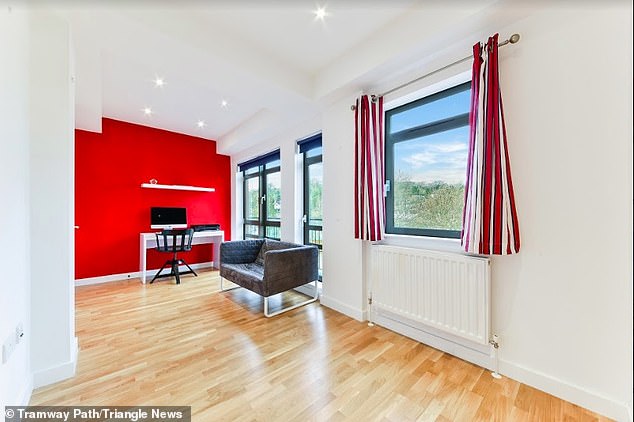 Experts estimate an apartment of this specification would usually cost up to £2,000 a month. Pictured: the apartment’s third bedroom which is currently being used as a home office 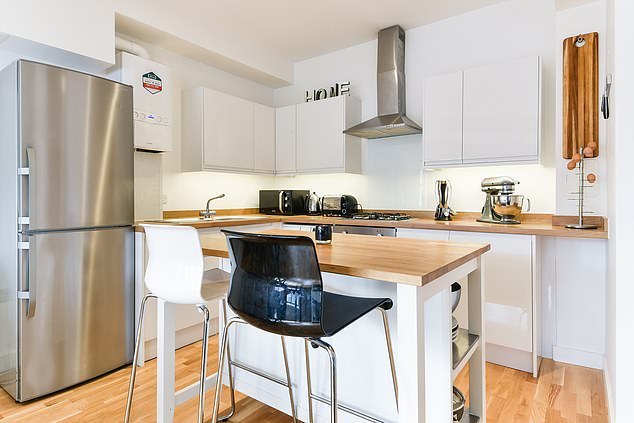 Cynthia plans to rent the flat out, kitchen included (pictured), until she is ready to move in 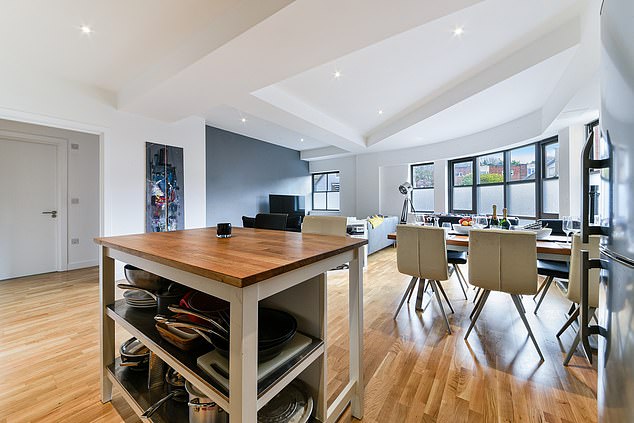 As part of the raffle, the brothers made a donation to the mental health charity Mind. Pictured: the open plan living area which makes up part of the 1,100 sq ft apartment Cynthia now owns 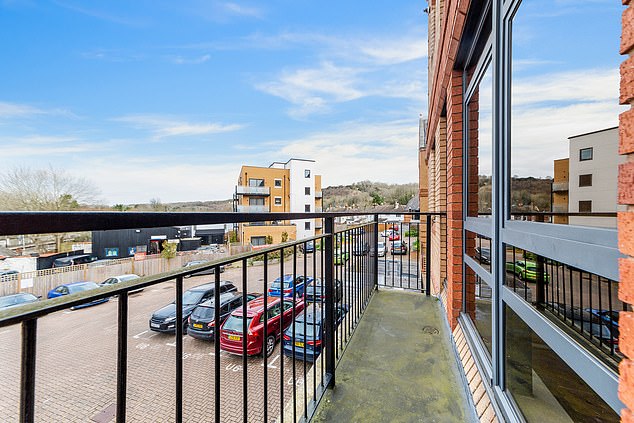 Cynthia doesn’t need to pay stamp fees or legal duties on the home in the commuter village of Whyteleafe, Surrey.

She plans on moving in once Finley has finished his last year of Primary school and will probably rent it out until then.

The house was raffled by three brothers Daniel, William and Jason Twenefour who successfully raffled off a property belonging to Daniel a few months ago.

They originally did so after being unable to sell due to the pandemic but had so much fun, they raffled off a friend’s home and plan to do more in the future.

Daniel said: ‘We’re thrilled that the house was won by someone who really needed it.

‘This is the reason why we did a second raffle, to give someone the opportunity who would otherwise struggle to get on the property ladder.

‘Hearing her reaction alone was touching but also knowing that this was won by a single mother made it all worthwhile.’