A group of single men and women have detailed their thoughts on chivalry in modern dating and debated whether it’s still ‘alive’.

Relationship expert Louanne Ward, from Perth, Western Australia, sparked the conversation in her ‘She Said He Said’ Facebook group after asking if chivalry still important in modern relationships.

‘I hear some people say they have old-fashioned values and it is important to them, whilst others say it is all about treating each other equally,’ Ms Ward wrote online.

‘Given relationships have changed and evolved and what we need from each other has also changed, how has it modified the perception of what is considered a chivalrous act.’

Chivalry is described as acts of courtesy, often men being courteous towards women or showing interest – which most men agreed with.

Opinions seemed divided among the women who said chivalry is admired and returned regardless of gender in order to be ‘equal’. However some believe that it is ‘inappropriate’ for men to open their doors as they are ‘independent’.

Louanne Ward, from Perth, Western Australia, (pictured) sparked the conversation in her ‘She Said He Said’ Facebook group after asking if chivalry still important in modern relationships 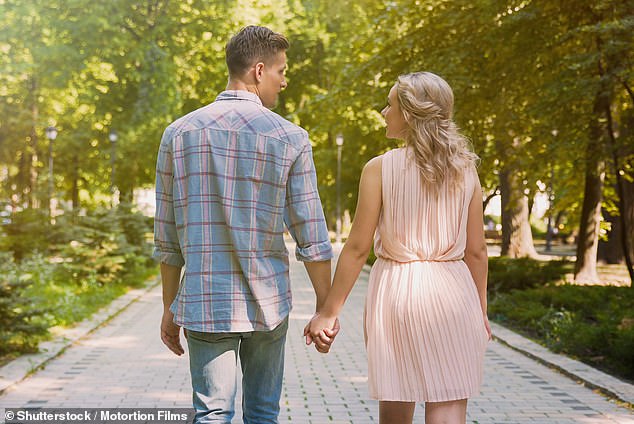 Ms Ward asked the women of the group what they believe to be an act of chivalry in dating and relationships, while asking the men about their reactions to chivalry (stock image)

Should men still open doors for women in an act of chivalry?

Ms Ward asked the women of the group what they believe to be an act of chivalry in dating and relationships, while asking the men about their reactions to chivalry.

She also asked others what they would consider to be ‘chivalrous behaviour’.

One man wrote: ‘Yes I think it is important, I am old school so I have no hesitation in opening the door or even [giving] roses for a date, and hopefully the younger generation are looking.’

Another added: ‘Always have always will be a gentleman which falls in line with chivalry also in my book. I expect nothing back in return, how you treat me will determine the interactions or lack of interaction we have.’ 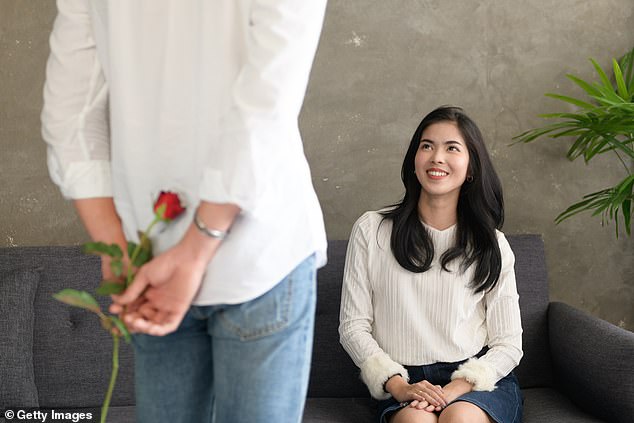 Chivalry is described as acts of courtesy, often men being courteous towards women, or showing interest (stock image)

– Along with pulling a woman’s chair out when they are being seated, or are getting up, standing up when meeting someone, and looking people directly in the eyes when talking to them or when they are talking to you to show that they have your full attention

– It is not the Victorian era; practiced exchanges with women, show boating for women relentlessly, and generally treating any exchange with them as something you can win or lose at is rude and bad form

– Really, I don’t understand when people get so hot and bothered by men holding the door open. Whenever anyone holds the door open for me, I thank them. It’s a nice gesture

– Please, thank you, excuse me and a smile go a long way

– I love standing when meeting people. It usually surprises people when you show little bits of courtesy like that. If you are feeling extra fancy, stand whenever a woman arrives or leaves the table at a meal

– If you are at a restaurant and your food comes before everyone else’s does, wait until everyone gets their food. At the very least, ask the people who do not yet have their food if it is okay if you start eating, but only after a majority have gotten their food should you even ask

One woman added how chivalry to her means when a man shows interest in a woman he likes and wants to do things for.

In regards to women being chivalrous, one woman claimed chivalry and equity are ‘two entirely different things’.

‘Chivalry is not dead, and for me, a chivalrous man will always outshine and eclipse a non-chivalrous man. It’s basically courtesy and manners,’ she wrote.

‘Equity on the other hand, is about fairness.’

A third said: ‘I think it’s sweet to show him that you appreciate it back. Not be all entitled.

‘Maybe ordering those drinks whilst his in the loo or just showing the same respect if he is showing the chivalry is a nice touch.’

Another woman agreed chivalry is important but seems like it ‘doesn’t exist much these days’.