BREAKING NEWS: Single-engine plane crashes into New Hampshire apartment building killing EVERYONE on board and sending 40-foot flames leaping into the sky

A single-engine plane crashed into a barn next to a New Hampshire apartment building, killing everyone on board.

Flames as high as 40-feet were seen bellowing in the air after the horrific crash on Friday night, which occurred near Keene’s Dillant-Hopkins airport.

The City of Keene said in a statement: ‘There was a plane crash near the Keene Airport into a multifamily building near Hope Chapel.

‘There were no injuries at the multifamily building. Unfortunately those on the plane have perished. The FAA has been notified.

‘Additional details will be shared as they become available.’

It was not clear how many people were on the plane at the time – however it was confirmed that there were no survivors.

The apartment block in Keene, New Hampshire, went up in flames on Friday night when a small plane crashed into it 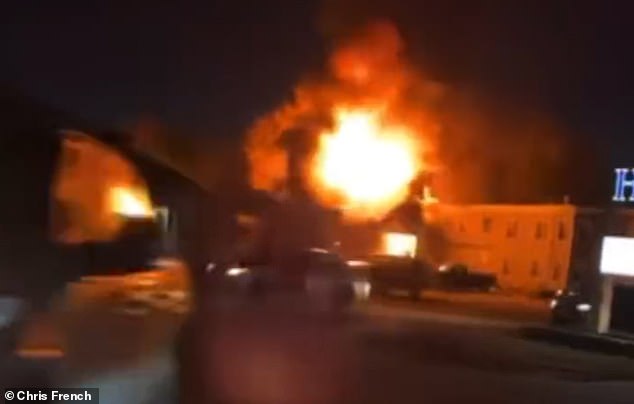 Residents of the building described their terror as they tried to get out. All are believed to have escaped alive 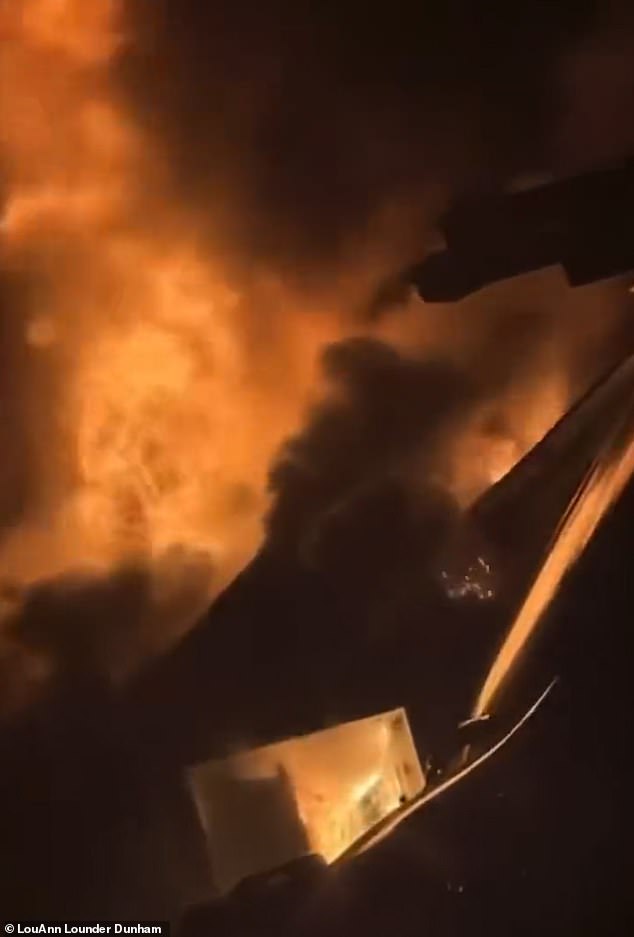 The entrance to the building is pictured, with flames inside the doors

The aircraft involved may have been a single-engine, Beechcraft Sierra plane, WHDH reported.

Residents say the plane hit a storage barn area, which caught fire next to a small apartment building that shares a parking lot with Hope Chapel.

Flames ripped through the two-story barn, as locals said that their house shook as the plane made impact.

Eight of the tenants in the building were able to evacuate in time, and they were not injured, authorities confirmed.

Those inside the building said they were terrified. 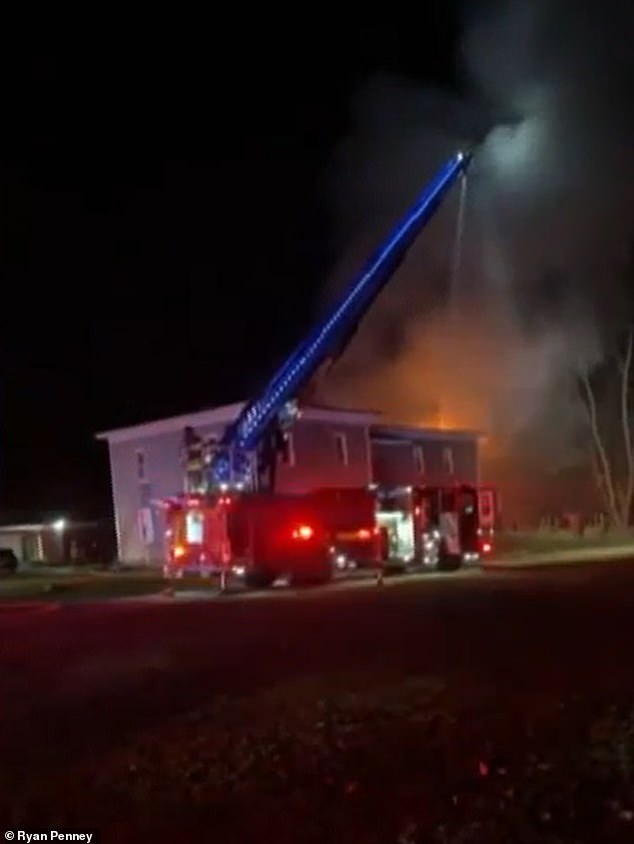 Fire crews were on the scene trying to extinguish the flames

‘It was very scary, I mean, I was sitting in the chair and I heard the big bang and then the house shaking,’ said Robin Guimond, speaking to WCVB.

Another person inside the apartment building, Scott Gauthier, added: ‘I just grabbed what I needed to grab to be decent, got outside and looked up.

‘The roof was already in. It already spread all over the roof of the back of the house.’

The building’s landlord, Wayne Brown, added: ‘It looks like the tree in the back you can see where the limbs broke off.

‘They must have been having problems because the runway is probably a half a mile behind from the house.

‘They probably hit the limb and it turned the plane on a 90 and it just drove it right into the barn.’

Witness Angel Brown said she watched on in horror from her living room window as the plane crashed into the barn.

She said: ‘I heard the plane and then I heard a crash then sirens went into my kitchen to get stuff ready for work and saw the flames from my back window.’

The Swanzey Police Department said that first responders are at the scene.

American Red Cross of Northern New England also said they have six members of staff helping those at the scene of the plane crash. 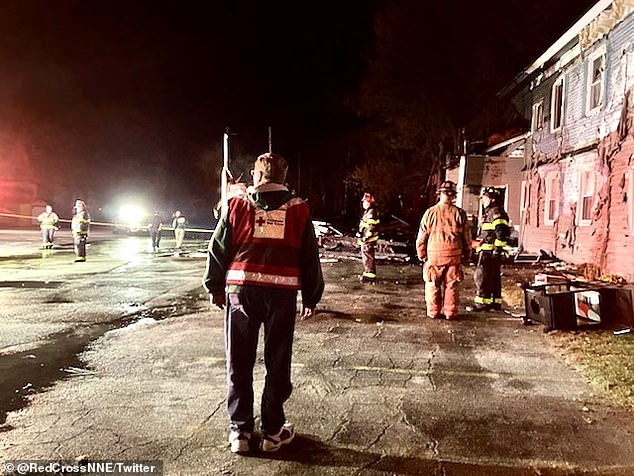 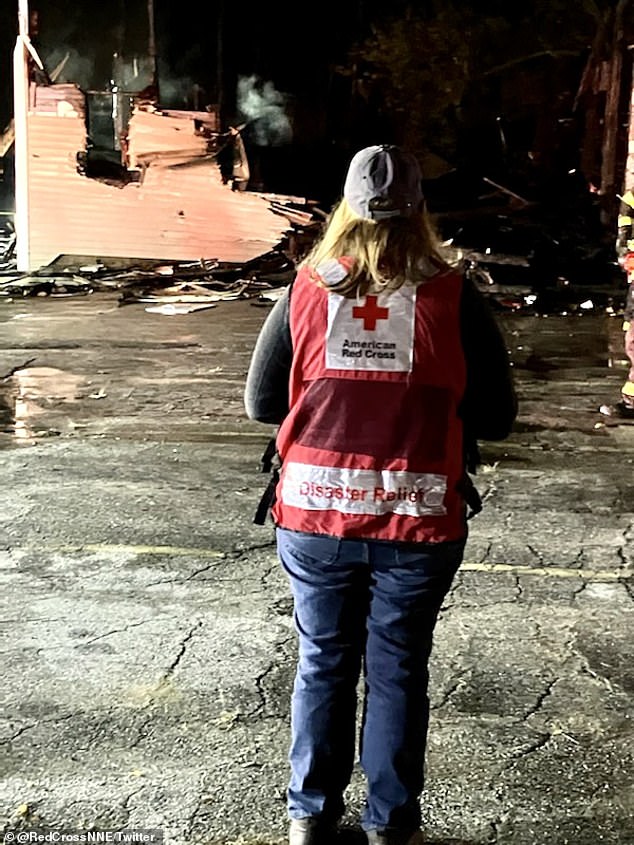 The Red Cross said they were on the scene for assistance