Simon Cowell is ‘feeling great’ as he recovers from back surgery and focuses on being in ‘top form’ for his big return for BGT in 2021.

The music mogul, 61, was rushed to hospital at the beginning of August when he fell from his electric bike whilst taking it for a test drive at his house in Malibu.

It comes amid claims the star could be ‘out of action’ for up to six months due to his injury, reports The Sun.

Feeling great: Simon Cowell is said to be on the mend and focusing on being in ‘top form’ for his big return for BGT in 2021 (pictured in July)

A source told MailOnline: ‘Simon was advised not to fly back to the final by doctors. He is walking a lot and swimming and feeling great – but focusing on being on top form for the start of filming for Britain’s Got Talent 2021 in January.’

However the Sun reported that it had been ‘a rough few weeks’, with Simon at first thinking he would have recovered from the procedure in a few weeks.

A source told the publication: ‘Instead, he’s had a setback from surgery to fuse two vertebrae and it has proven more complicated than a standard break.’

They added: ‘But he’s also quite vain and the idea of going on national TV with no studio make-up, and while on heavy-duty medication, didn’t appeal. So, unfortunately, he had to decline [BGT] producers’ requests.’ 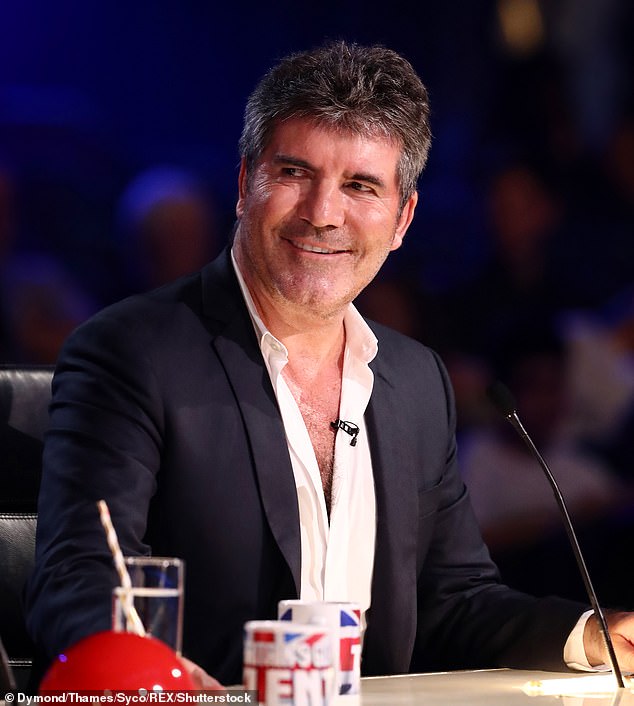 On screen: The update comes amid claims Simon could be ‘out of action’ for up to six months due to his injury (pictured on Britain’s Got Talent in 2018)

And despite the alleged complications, Simon appears to be keeping his spirits up with pal Sinitta, 51, giving an update on his progress at the end of September.

Speaking to Entertainment Daily, Sinitta said: ‘It was a serious accident. So for people who love him, like me, it was very, very scary.

‘He’s taken some steps, so he has reassured himself that he’s not paralysed.

The So Macho singer added: ‘But he’s got to take his time and get well.’

Since injuring his back, Simon has had to pull out of his shows Britain’s Got Talent and America’s Got Talent, as he took some time out of the spotlight to recover.

He had been hoping to be well enough to film the BGT Christmas Special, but it’s recently been revealed that he’d been forced to pull out. 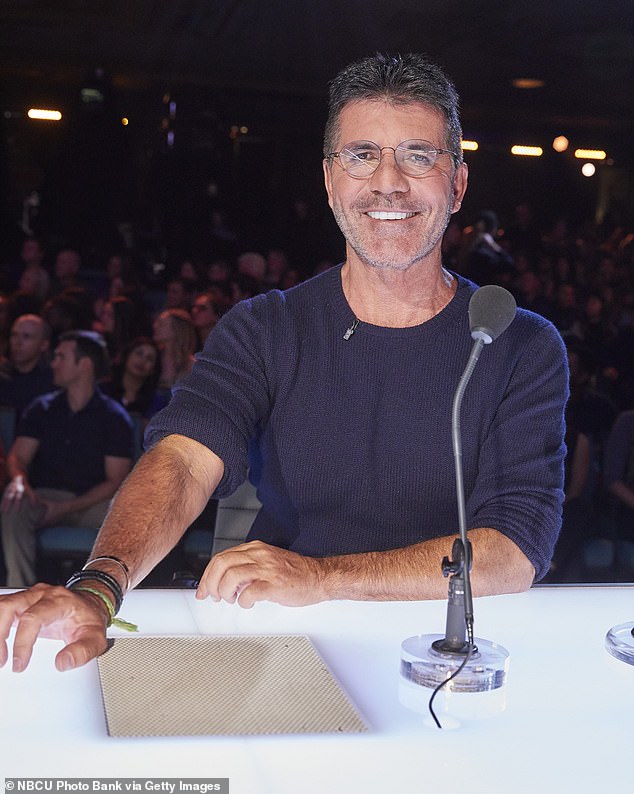 On the mend? Simon will not be appearing on Saturday night’s BGT final (pictured 2019)

Sources claim the star is unable to travel to the UK from his home in Los Angeles to film the special in October, after breaking his back in an electric bike accident.

A source told The Sun that Diversity’s Ashley Banjo is expected to fill in for Simon during non-competitive festive special, which will see BGT’s biggest stars take to the stage to entertain viewers.

They said: ‘Simon hoped he’d be well enough to fly from Los Angeles to the UK for the special show but he’s had to pull out.

‘Plus the new lockdown measures — and him having to fly two weeks before the show so he could quarantine in advance — made it even more difficult for him to make the journey. 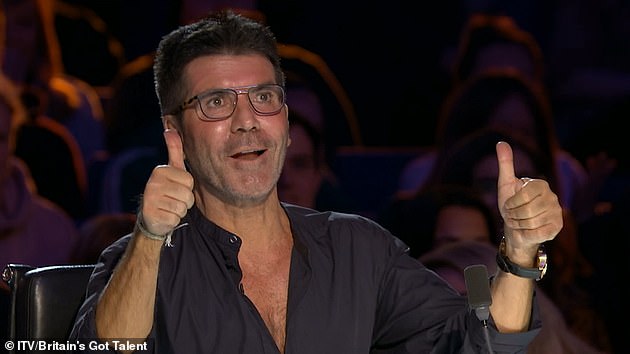 Getting there: The star is said to have been swimming and walking lots as he continues to recover from his surgery (pictured on BGT earlier this year)

‘Simon will of course be across the show and what happens on it but this is a massive blow for him as he adores.’

Simon is also set to throw his support behind the struggling theatre industry with a star-studded West End performance in the Britain’s Got Talent final on Saturday.

The performance – which will air live – will feature stage stars including Michael Ball, Matt Lucas and even Amanda Holden herself, performing songs from iconic musicals such as Les Miserables and The Phantom of the Opera.

The theatre industry has been one of the hardest hit by the COVID-19 pandemic, with many venues still closed after being forced to shut their doors in March.

BGT’s grand finale will air on Saturday, with 10 acts battling it out for the £250,000 prize and the chance to perform at the Royal Variety Show.

The series, which resumed filming last month, is set to come to a thrilling end with five acts voted through by the judges so far being confirmed to star in the final. 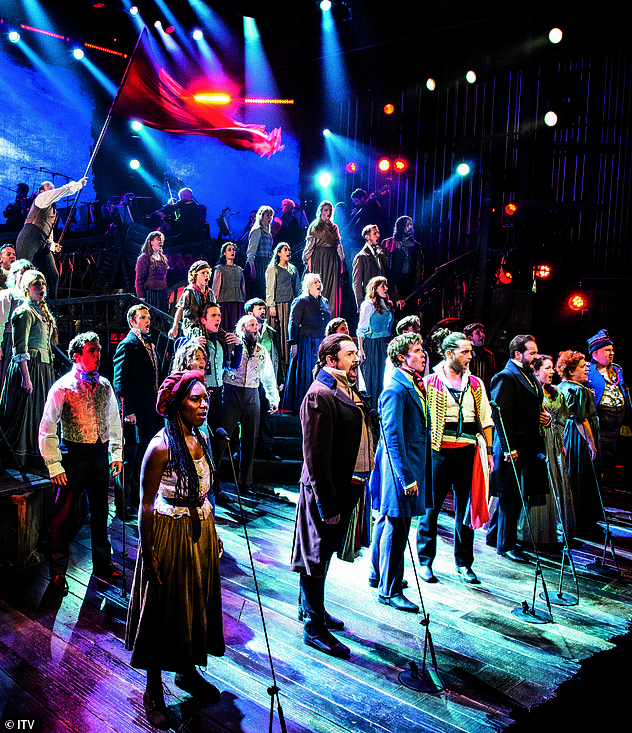 Coming up: Simon will throw his support behind the struggling theatre industry with a star-studded West End performance in the Britain’s Got Talent final