Silvio Berlusconi has been photographed holding hands with his new girlfriend in what is believed to be attempt to ‘get even’ on his ex-fiancée, it has been claimed.

The former Italian prime minister, 83, and Marta Fascina, 30, an MP, were snapped walking hand-in-hand on the jetty at his Sardinian villa by a telephoto lens earlier this week.

It has since been published in Italian and global media outlets, grabbing headlines for the significant age difference.

But it has been claimed Mr Berlusconi wanted to the photos published, to settle a score with his former partner.

Mr Berlusconi, who is twice previously married broke off his 10-year-long relationship with Francesca Pascale, 35, in March – reportedly for €20 million – before seeing Ms Fascina, four years younger than Ms Pascale.

But Ms Pascale unexpectedly made the front pages when she was snapped sunbathing topless and kissing Paola Turci, 55, a pop star, on a yacht.

The pictures of Mr Berlusconi come just days after his ex-fiancee stole the limelight with her new romantic partner.

‘He knew full well he can been seen by paparazzi when he steps on to that jetty,’ Livio Colombo, deputy editor of the magazine Oggi, told The Times regarding Mr Berlusconi. 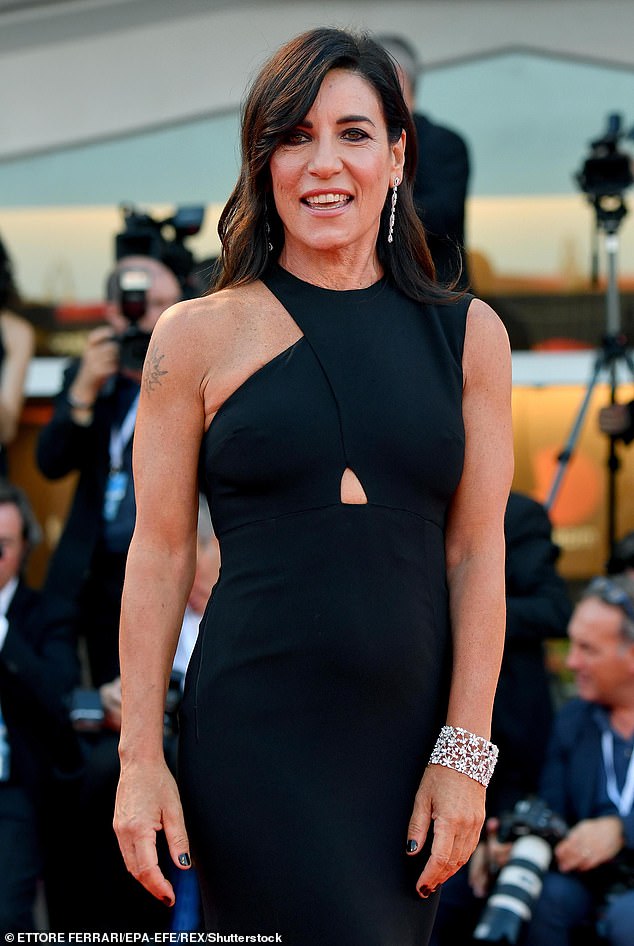 Ms Pascale had unexpectedly made the front pages when she was snapped sunbathing topless and kissing Paola Turci (pictured), 55, a pop star, on a yacht

‘[Marta] Fascina is wearing a dress straight out of a bucolic painting from a century ago, suggesting she and Berlusconi wanted to look old-fashioned in response to [Francesca] Pascale’s “modern” relationship with another woman.’

Adding to the suggestion the photos may have been staged, they first appeared in Chi, a weekly gossip magazine owned by the company Arnoldo Mondadori Editore, which is run by Mr Berlusconi’s daughter.

And according to broadsheet newspaper Il Messaggero, Mr Berlusconi ‘allowed himself to be “surprised”‘ by photographers ‘to show that he too has a new life’.

Ms Fascina, who reportedly has the billionaire’s initials tattooed on her body, has long championed the political party set up by Berlusconi in the 90s and has known him since her days working for AC Milan football club. 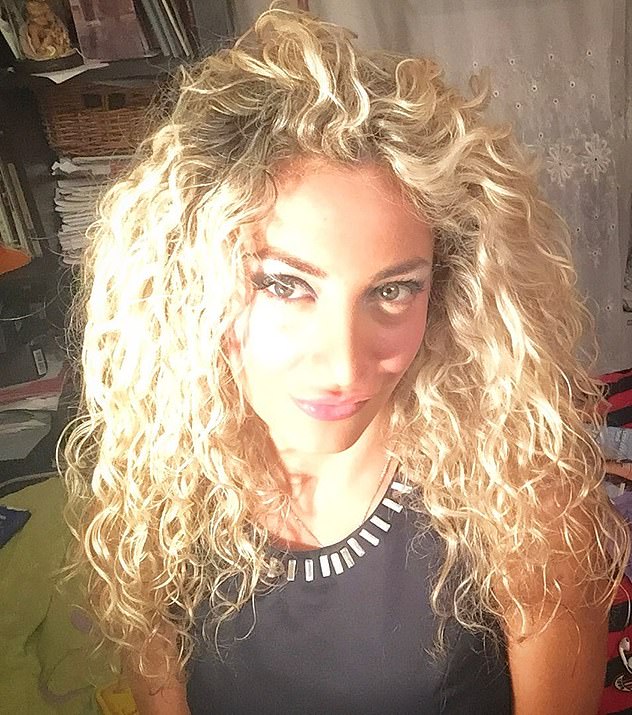 Pictured: Marta Fascina, an MP from the Forzia Italia party, who is Berlusconi’s new girlfriend

She is said to have won the 83-year-old’s affections by sending a series of letters that entranced him so much that he dumped his long term girlfriend after 12 years.

A glamorous blonde, Ms Fascina’s Instagram page boasts pictures of the young MP smartly dressed in parliament and perched in a two piece skirt suit in a military helicopter, as well as a more sultry image of her posing seductively in front of the camera.

Reflecting on the 53-year age gap between Ms Fascina and Berlusconi, one political rival sniped: ‘If she is looking to make a name for herself, then she has done that. What is it that a 30-year-old woman sees in an 83-year-old man?’

As a newcomer to the volatile world of Italian politics, her career has been entwined with that of Berlusconi whose own 20 year political career ended in disgrace over ‘bunga bunga’ sex parties involving underage girls.

Born in a coastal city on the toe of southern Italy, Ms Fascina graduated with a degree in Literature and Philosophy from Rome’s Sapienza University and began working for AC Milan football club as a press officer.

At the time, it was owned by Berlusconi and she would have come into regular contact with him.

She became a super fan of the top Italian team – and of its owner – and it was around this time that she reportedly had the initials SB tattooed on her, according to Italian newspaper Il Messaggero.