Gonorrhoea and chlamydia cases are climbing most sharply among pensioners, with the growing use of dating apps to blame, a report suggests.

The Local Government Association (LGA), which represents more than 350 councils in England and Wales, said the number of common STIs detected in over-65s jumped by a fifth between 2017 and 2019.

Its report noted that ‘the largest proportional increase in gonorrhoea and chlamydia was seen in people aged over 65’.

Experts have suggested the rise is caused by an increasing number of older Britons going on to find new sexual partners following divorce or bereavement with the ease of online dating.

The LGA warned the rise in STI cases comes as sexual health services are ‘at breaking point’.

Official figures from the UKHSA show the number of gonorrhoea cases in over-65s in England soared from 237 in 2017 to 386 in 2019, with chlamydia cases jumping from 412 to 554 in the same time period. The data shows that men made up the majority of cases of both infections, with cases among women staying largely flat

It said there could be a surge in unwanted pregnancies and STI rates could keep rising if the Government doesn’t invest in services.

Separate figures from the UK Health Security Agency, quoted in the report, show gonorrhoea cases among the cohort in England soared from 237 in 2017 to 386 in 2019 — a 63 per cent rise.

And chlamydia cases jumped more than a third, from 412 to 554 in the same period.

The LGA report also revealed that men made up the majority of cases of both infections, with cases among women staying largely flat.

David Fothergill, chairman of the LGA’s Community Wellbeing Board said: ‘Sexual mixing has changed considerably over the last 10 years, with a growth in the use of apps and online dating.’

He told The Guardian: ‘This, coupled with a small but growing number of people over 65 requiring support from sexual health services, has led to these services facing new and emerging pressures that they have had to tackle.’

The LGA said that the rise in STI rates comes after the public health grant to local authorities use to fund sexual health services has reduced by over £1billion between 2015/16 and 2020/21.

Meanwhile, there has ben a surge in demand. The report states that there were more than four million sexual health services appointments in 2021 – a rise of 36 per cent since 2013.

The LGA is calling on Chancellor Jeremy Hunt to support the rise in demand for sexual health care in the fiscal statement on Thursday.

It warned that there could be an increase in unwanted pregnancies and sexually transmitted infections due to funding cuts and the surge in users of sexual health services.

Mr Fothergill said: ‘Councils are facing a perfect storm of increased demand for services whilst at the same time continued cuts to their funding.

‘This is unsustainable and risks a reversal in the encouraging fall in some STIs and potential increases in unwanted pregnancies. 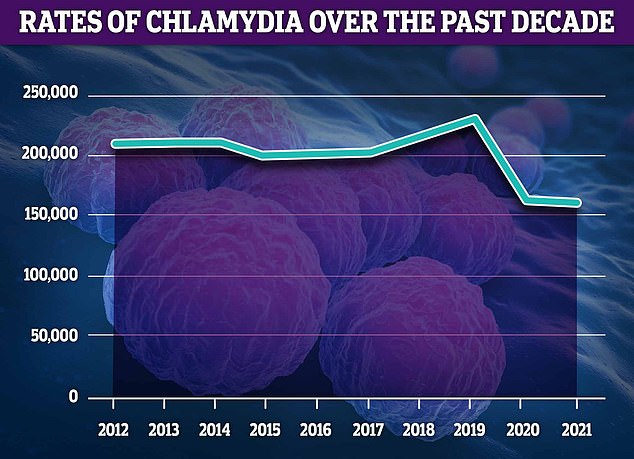 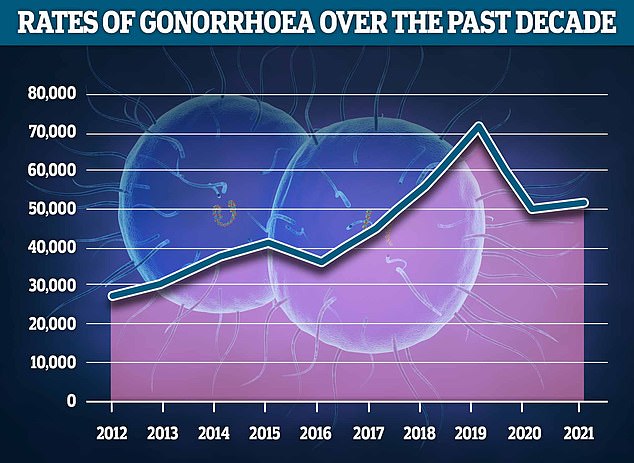 ‘To ensure councils can continue to meet the sexual and reproductive health needs of their communities, they need to see long term increases in the public health grant at the upcoming Autumn Statement.’

The report comes after a MailOnline analysis found chlamydia rates vary drastically across the country.

London, Lincolnshire and Liverpool were found to be England’s chlamydia hotspots, according to official data. 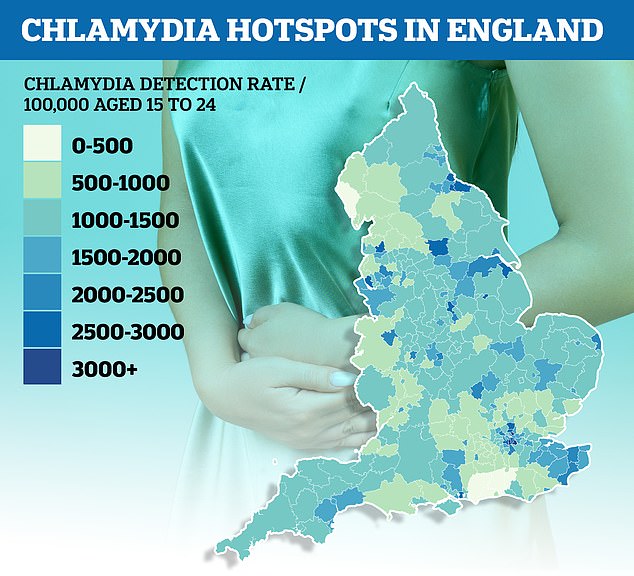 Some 51,074 gonorrhoea cases were diagnosed, up by 841 from 2020, according to the UKHSA statistics released last month. Again, rates were still below pre-pandemic, with a peak of 70,908 annual cases logged in 2019.