A silicone ball implanted in the stomach could help relieve persistent heartburn. The device, about the size of a ping pong ball, is stitched to the top of the inside of the stomach via keyhole surgery.

In position, the ball presses down on the one-way valve that lets food move from the oesophagus — the food pipe — and into the stomach.

This stops the valve opening the wrong way and letting acid leak from the stomach back up into the oesophagus, which is common in heartburn patients and causes the ‘burning’ pain.

The device, about the size of a ping pong ball, is stitched to the top of the inside of the stomach via keyhole surgery

Heartburn affects around one in three people. Risk factors include pregnancy and obesity — both increase pressure on the stomach — as well as smoking and certain medicines (such as some pills for high blood pressure or antidepressants), which irritate or weaken the valve. Heartburn is caused by hydrochloric acid (produced to break down food) flowing back up the oesophagus.

This is due to a fault in a muscle, called the lower oesophageal sphincter, which works as a one-way valve to control the flow of food into the stomach. Occasional heartburn can be treated with over-the-counter antacid pills, which dampen the inflammation in the oesophagus.

But anyone suffering more than twice a week could have a condition called gastroesophageal reflux disease, where the lining of the oesophagus becomes damaged by excess acid exposure. It affects an estimated eight million people in the UK.

Most of those affected will benefit from drugs called proton pump inhibitors (PPIs), which lower acid production. But some patients need a surgical procedure called fundoplication, where the top of the stomach is stitched round the oesophagus to support it. 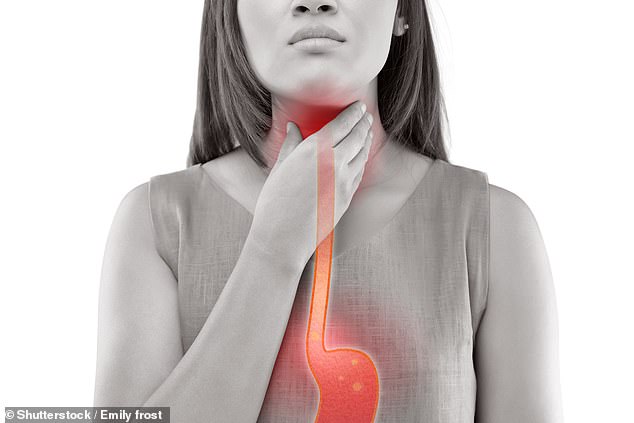 While successful, the procedure can cause issues such as pain when swallowing and problems with burping or vomiting because it compresses the lower part of the oesophagus.

The new device — called RefluxStop — is soft enough to give way when food or wind moves through the oesophagus but firm enough to still press on the faulty valve. To implant it, surgeons compress the ball and feed it through an incision in the tummy and into position using a probe. The ball then expands and the stomach lining is pulled around it to form a pouch — which is then sutured to keep it in position.

A study at the University of Belgrade in Serbia looked at how the implant affected symptoms in 50 patients. RefluxStop slashed symptoms by an average of 86 per cent, the results, published in July, in the journal BMC Surgery, showed.

RefluxStop has now been approved for use in the UK, and could potentially be rolled out in the NHS and privately in the coming months.

Chris Hawkey, a professor of gastroenterology at the Nottingham Digestive Diseases Centre, says: ‘This is a very neat little implant and looks quite promising. But it needs to be compared directly with fundoplication in trials before we can say with any certainty that it is better.’

Skipping breakfast increases the risk of heartburn later in the day, reports the journal Eating and Weight Disorders. Researchers quizzed 4,700 adults and found those eating first thing were 43 per cent less likely to suffer discomfort than those missing out.

It’s thought this may be because we produce more stomach acid in the morning. If there’s no food for it to break down and to use it up, it may be more likely to leak up into the oesophagus.

The surprising links between diseases. This week: Migraine and lower risk of breast cancer

Women who suffer migraines had a 26 per cent lower risk of breast cancer than other women, according to a 2009 study published in the journal Cancer Epidemiology Biomarkers & Prevention.

Exactly why isn’t known but both migraine and breast cancer can be hormone-related. 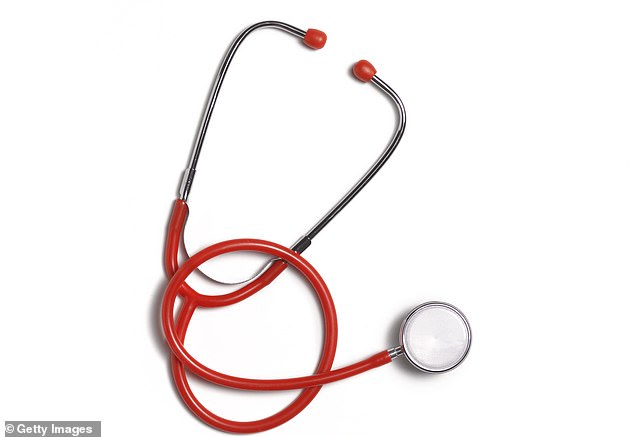 Women who suffer migraines had a 26 per cent lower risk of breast cancer than other women, according to a 2009 study

Researchers, who looked at data from more than 9,000 women, suggest the sensitivity and cycle of hormones associated with migraine — particularly oestrogen — may somehow also reduce the risk of breast cancer for certain types of the disease.

‘And it does appear that it’s equally protective for both younger and older women,’ said study author, Christopher Li, a research professor and epidemiologist from the Fred Hutchinson Cancer Research Center in the U.S.

Walk slowly in corridors when passing others to reduce the risk of spreading Covid. Researchers at the American Institute of Physics found people coughing in corridors release a ‘cloud’ of droplets — but only when walking at higher speed, reports the journal Physics of Fluid.