A teenage showjumper is suing a GP over his alleged failure to tell her mother to take folic acid before she was conceived.

Paralympic hopeful Evie Toombes, from Skegness, has limited mobility after being born in 2001 with a form of spina bifida.

Through her mother Caroline Toombes, the 19-year-old has now brought the first step of a compensation claim against Dr Philip Mitchell, her mother’s former GP.

Evie alleges that Dr Mitchell negligently failed to recommend that her mother should increase her intake of folic acid, a lack of which increases the risk of an unborn child developing spina bifida.

She claims that, were it not for the doctor’s alleged negligence, her mother would have started taking the supplement and would therefore have delayed conception and had a ‘genetically different’ child without disabilities.

Paralympic hopeful Evie Toombes has limited mobility after being born in 2001 with a form of spina bifida. Through her mother Caroline Toombes, the 19-year-old has now brought the first step of a compensation claim against Dr Philip Mitchell, her mother’s former GP 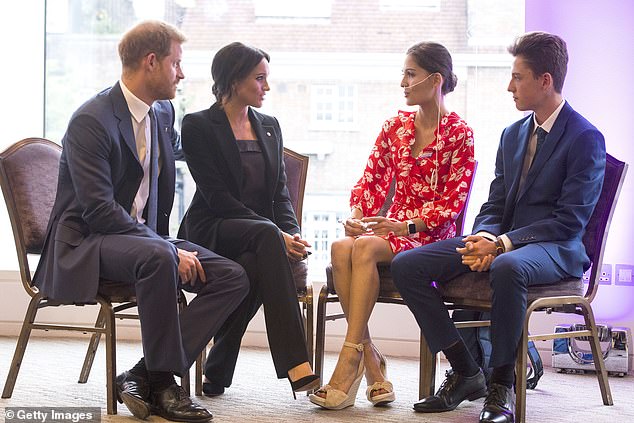 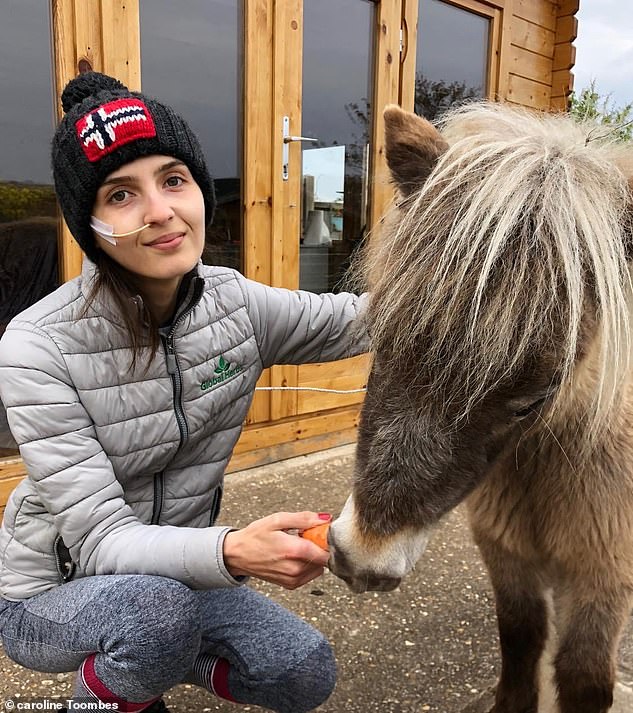 Evie Toombes also suffers from a chronic gastrointestinal condition called gastropersis, which means she can’t keep food down. She had a critical surgery cancelled in March due to the coronavirus pandemic

What is spina bifida?

Spina bifida is a fault in the development of the spine and spinal cord that leaves a gap in the spine.

Most cases are detected before birth, at the 20-week scan.

The membranes and spinal cord push out to create a sac in the baby’s back.

This sometimes leaves the nervous system vulnerable to infections that may be fatal.

In most cases surgery is carried out to close the gap in the spine after birth.

But damage to the nervous system will usually already have taken place, resulting in:

Most babies with myelomeningocele will also develop hydrocephalus, with excess cerebrospinal fluid (CSF) pooling inside the brain.

This is caused by a malformation at the base of the skull in which the lower parts of the brain are pushed down towards the spinal cord.

Babies with hydrocephalus are fitted with a shunt after birth to divert the fluid from the brain, so reducing the risk of increasing cranial pressure, into the abdominal cavity.

Evie was born with a form of Spina Bifida, a defect which causes a gap in the spine and affects the nerves to her legs, bladder and bowel, but her passion for horse-riding gave her a purpose in life.

Dr Mitchell was working at the Hawthorn Medical Practice in Skegness when he treated Evie’s mother.

Her claim, which is ‘comprehensively disputed’ by Dr Mitchell, came before the High Court at a preliminary hearing in November for a judge to resolve legal issues before deciding whether the case could go ahead.

In a ruling on Monday, Mrs Justice Lambert concluded Ms Toombes has a ‘lawful claim for damages’ and can bring her claim against the defendant.

Folic acid, which is also known as vitamin B9, is essential to healthy development during early pregnancy and a deficiency can lead to neural tube defects in the foetus such as spina bifida.

Women who are trying to become pregnant are advised to take a daily supplement of 400 micrograms of folic acid before they conceive and during the first 12 weeks of pregnancy.

But many women do not follow the advice and the Government’s scientific advisers recommended as long ago as 2006 that folic acid be added to flour to ensure women do not suffer deficiencies.

Three years ago Evie began suffering from gastro-intestinal problems which saw her vomiting whenever she ate.

She was diagnosed with gastroparesis, a condition that affects the normal spontaneous movement of the muscles in the stomach.

Evie’s condition means she can only tolerate small amounts of soft oral food and is unable to get enough nutrition to sustain her without causing severe vomiting, fluid loss, bowel impaction or risking internal bleeds.

The showjumper was set to undergo stoma surgery on March 31 in an effort to ease her symptoms but the procedure was postponed due to the outbreak.

After her March surgery was cancelled, the teenager’s health dramatically declined, with her BMI dropping dangerously low to 12.7 and emergency infusions of potassium at a local hospital.

The operation was expected to dramatically ease her symptoms and improve her condition.

The horse-loving showjumper would also normally be given intravenous treatment in hospital to ensure her body gets the nutrients it needs but the risks posed to her by the current pandemic meant it was too risky. 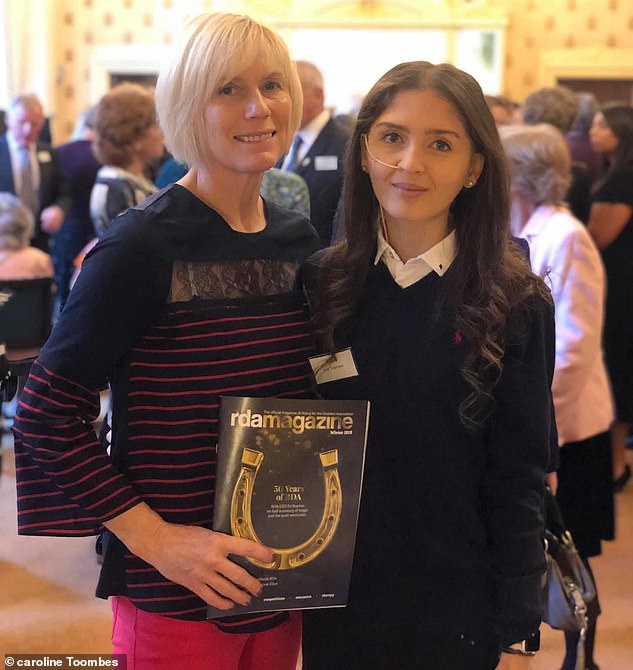 Evie, pictured here with her mother, spends her time mentoring other children with disabilities and healthy issues and takes her children’s book into schools to give talks about hidden disabilities

In an update on December 12, her mother Caroline wrote on Facebook: ‘What a whirlwind couple of days!

‘Most importantly getting Evie home & celebrating her bday as she spent it on the high dependency unit last month.

‘No visiting or presents – but just pleased there’s progress now.’

Earlier this month the teenager was treated to a drop in from the Duke of Sussex as she did a zoom meeting with WellChild, the national charity for sick children.

Evie met the Duke and his wife Meghan Markle in 2016 at a WellChild charity event where she won the Inspiration Young Person Award.

Evie, whose motto is ‘find a way, not an excuse’, spends her time mentoring other children with disabilities and healthy issues and takes her children’s book into schools to give talks about hidden disabilities.