Estate agent Alice Thompson should be applauded for taking her employers to a tribunal for refusing her request for an early leave time to collect her daughter from nursery.

Women must be given leeway to fit childcare around their working lives. Smart employers wanting to attract and retain the best people have rejected the notion that fixed hours be imposed to get work done. Flexibility is often offered as the default.

The pandemic has accelerated the trend, shifting the emphasis from hours spent at a desk to what’s actually being achieved.

It can’t be a complete free-for-all, obviously, especially for roles that involve meeting clients — such as estate agency — but reasonable requests such as an earlier finish to pick up a child from nursery should usually be able to be accommodated (apart from in the smallest firms).

It might suit a colleague to start and finish later, for example. It just takes teamwork, give-and-take and good management to ensure the work gets done in a way that suits as many people as possible.

There’s plenty of evidence that companies benefit too: their staff feel happy and engaged and become highly productive as a result.

Women must be given leeway at work

Alice Thompson was clearly regarded as a top performer before taking maternity leave. She would still have been a great performer on her return — she just couldn’t work such long hours as before.

From personal experience, I know many mothers (and some fathers) become more efficient after having children.

To be honest, I was surprised when I returned to work after having my first child and realised I could get a lot done in a shorter time now that I had to pick my son up from nursery before it closed — and simply couldn’t drift towards the completion of a task.

The work still got done. I just worked differently than before.

The same flexibility should be offered, where possible, to anyone with caring responsibilities, male or female, whether they are caring for small children or elderly parents.

Most couples have children. Yet the reality is that women are still eight times more likely than men to be the primary caregiver.

Antiquated attitudes, like that of Alice’s former employer, stop women from making the progress they should and contributing to both their family’s income and to this country’s economic growth.

It’s good news for women and families and, ultimately, for the economy that she won her case. 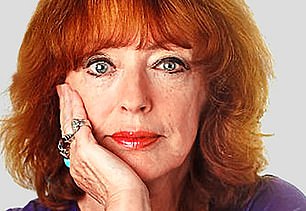 The question is —should motherhood give a woman special privileges? My feelings of sisterhood say ‘Yes!’, but my brain tells me, ‘No. It isn’t fair.’

Surely a woman earning £120,000 a year, as estate agent Alice Thompson was, has some sort of responsibility towards the company paying her that hefty salary? And since her co-workers have to slog on until 6pm, won’t she be landing more work on them by leaving early?

Resentment can fester within offices — and ruin efficiency. What’s more, I’m afraid women without children sometimes regard maternity leave as an unjust perk —because, after all, they aren’t getting extra months of paid leave for free.

Nor are the childless rewarded with attention, cards and gifts. They just slog on doing their jobs — and perhaps wonder whether their time and contribution are deemed less valuable, when a new mother can issue queenly demands and win out.

It’s important to stress this case doesn’t involve a rare occasion — like a woman having to dash home because a child is ill. No, while still on maternity leave, Alice Thompson asked her employer if she could work four days a week and leave the office at 5pm instead of 6pm each day, to collect her daughter from nursery.

Every working mother will sympathise. But Alice’s employer did not. He said the firm couldn’t afford the arrangements she requested — and denied her request.

It isn’t fair on their co- workers or employer

It’s clear there was a breakdown of their relationship that worsened the problem — and I’m quite ready to believe she was hard done by.

However, working mothers have always had to make childcare arrangements, and the better the job, the more likely a boss is to say — sorry but you must earn your salary and status. Is that so wrong, especially when we expect equality?

After all, many of Alice’s colleagues — perhaps men and women with children themselves — would like to go home at 5pm.

Nurses, lawyers, doctors, care workers, teachers, factory workers, van, bus and train drivers — all those and more might argue that they need time off for childcare. Instead, they make whatever arrangements they can and get on with it.

However, employment judge Sarah Jane Goodman concluded that Alice had been discriminated against and the tribunal awarded her £184,961.32 for a ‘loss of earnings, pension contributions, injury to feelings and interest’.

That’s a lot of money to spend on childcare in the future.