EXPRESS INFORMER > Sports > Should Liverpool stick with the EIGHT changes made from FA Cup tie with Wolves?

From potential new owners to mid-table struggles, it’s truly been a season of change for Jurgen Klopp and his Liverpool side.

Keeping with the theme, Klopp made eight changes to his starting line-up, from their humiliating defeat against Brighton, to ensure they cruised to a 1-0 win over Wolves in their FA Cup replay on Tuesday night.

The Reds finally got back to winning ways – after a three-game winless run – and, with a pivotal clash against Chelsea coming up, Sportsmail assesses which of the eight changes should retain their place on the weekend. 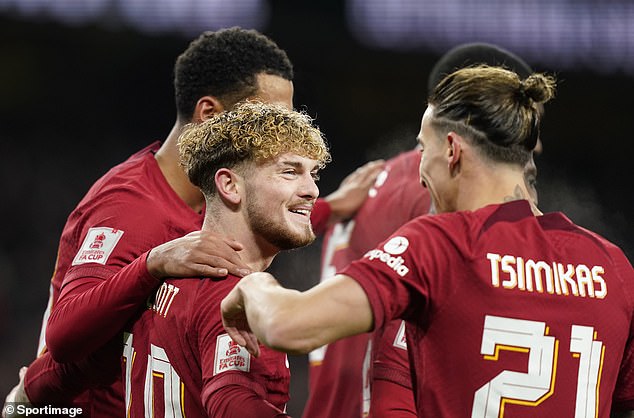 Understandably, this won’t be a decision that troubles Klopp when drafting his team to face Chelsea on the weekend.

The Irish goalkeeper barely put a foot wrong against Wolves however this was helped by the fact he was hardly called into action in the game.

The 24-year-old made two saves and helped Liverpool keep a clean sheet at Molinuex but wasn’t tested nearly enough to warrant displacing Alisson Becker in the Reds’ goal. 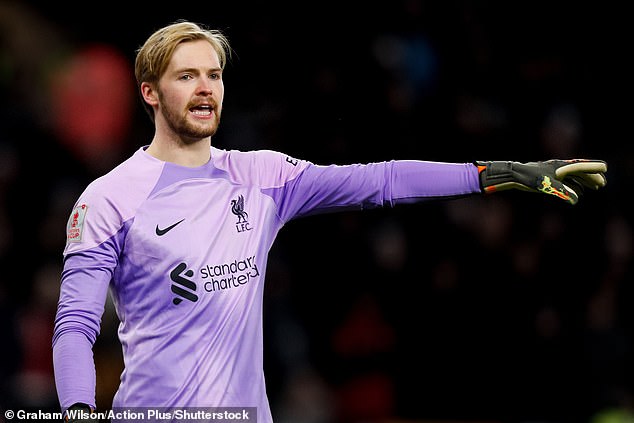 Though Milner wasn’t one of Liverpool’s outstanding players in the victory at Molineux, he still stands a chance of featuring against Chelsea on Saturday.

Trent Alexander-Arnold – the player who Milner covered for – endured a horrid match against Brighton on the weekend, as the Reds fell to a 3-0 defeat.

The England international was exposed by winger Kaoru Mitoma on multiple occasions in the match and was helpless to prevent the Japanese international running through on goal a handful of times.

Despite this, it’d be a brave call to drop the 24-year-old right-back given his ability to conjure up defence-splitting passes from his deeper position. 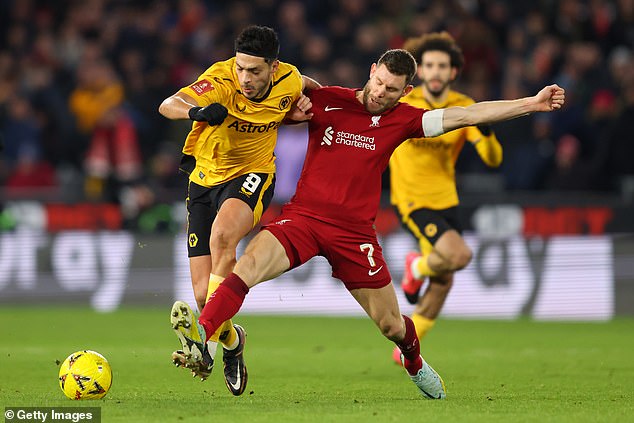 The England defender finally earned a place back in the Liverpool starting XI after a lengthy spell on the bench – with Joel Matip preferred in defence in recent weeks.

Gomez played the full 90 minutes at Molineux and was instrumental in the Merseyside outfit keeping their clean sheet on the night, despite getting booked.

Matip, on the other hand, has been struggling for form of late. He was replaced by Gomez in the latter stages of their Brighton defeat, just two games after being hooked at half-time during a humiliating loss at Brentford. 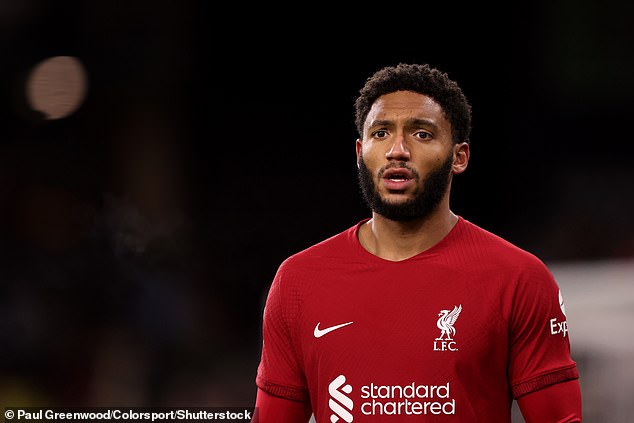 Unfortunately for the Greek full-back, this seems like it will be a relatively easy decision for Klopp.

Despite securing the win over Wolves, Tsimikas looked unconvincing in his role at left-back on the night. He completed just one of his six attempted crosses in the match, leaving January signing Cody Gakpo starved for service up-front.

In comparison, his team-mate Andy Robertson already has five assists in the Premier League this year and will likely be a given to start against Graham Potter’s Chelsea. 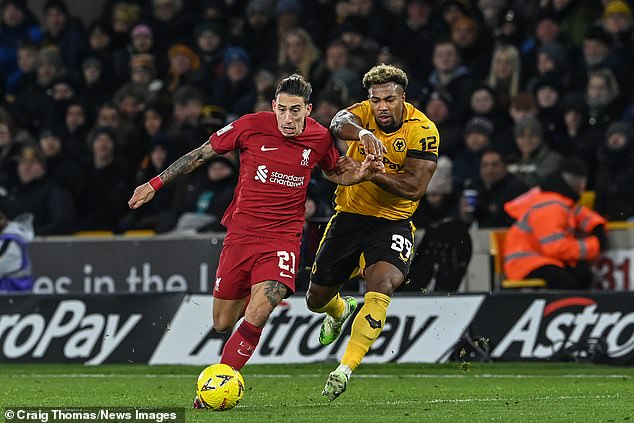 In his eighth appearance of the season, the Guinean international put in the type of performance that reminded you why Liverpool spent £52.75 million on him in 2017.

Keita formed a formidable partnership with Spanish duo Thiago Alcantara and Stefan Bajcetic, as they carved through the home side with ease at times.

Interestingly, Keita and Thiago have started just seven games together – including last year’s FA Cup final against Chelsea – and are unbeaten in all of those matches.

With the Blues’ midfield looking like their weakest aspect in recent weeks, employing Keita into the heart of the pitch could prove useful for Klopp and his side. 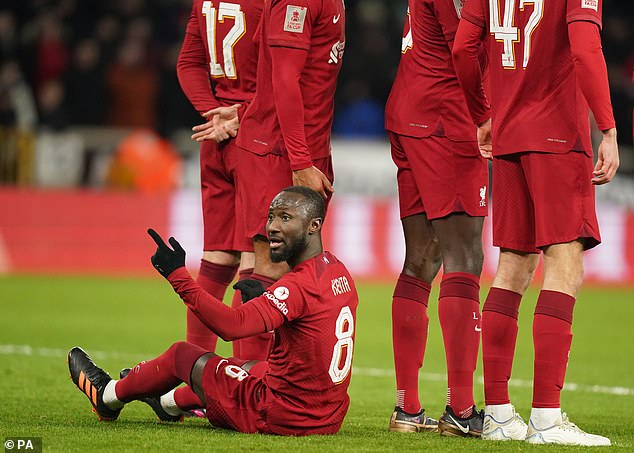 There aren’t many 18-year-old’s who would be able to break into this Liverpool first-team but after watching Stefan Bajcetic, you understand that he’s one of a kind.

The Spaniard has been a revelation for Klopp’s side this season since scoring in their 3-1 win over Aston Villa shortly after the Premier League’s restart last month.

He played 75 minutes against Wolves and looked to have twice the energy that Brazilian midfielder Fabinho has showed in recent weeks.

He was later voted Player of the Match by Reds’ supporters – suggesting he’s gained the support from the Merseyside fans. 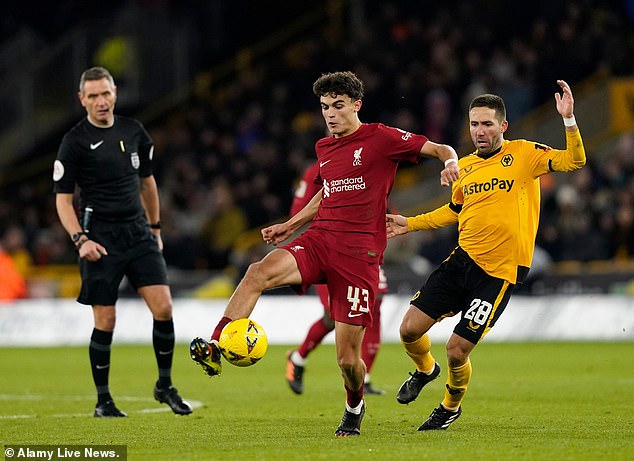 This is a tough one. Obviously, Elliott scored Liverpool’s only goal against Wolves – a long-range strike that looped into the net – but there’s a lot to consider here.

The 19-year-old has made 18 appearances in the top-flight this year but, typically, his cameos have come from a central midfield position.

However, Elliott emerged on the football scene as a winger and was given the opportunity to showcase his abilities from the right-flank against Wolves.

He put in a stellar performance against Julen Lopetegui’s side and looked far more natural in the wide position. The only issue is, that’s Mohamed Salah’s spot.

Therefore, the only way to get Elliott into the starting line-up would be to drop Cody Gakpo – who is yet to score for Liverpool – and shift Salah centrally, with Elliott wide. 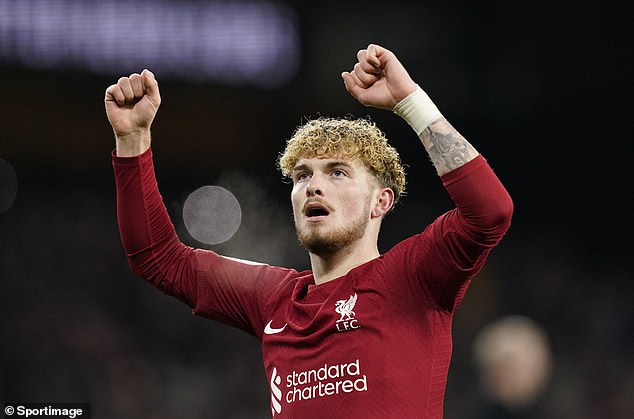 It’s been somewhat of a difficult season for the ex-Fulham attacker. He’s made 11 Premier League appearances this term but, similarly to Elliott, he’s been out of position for most of those.

However, against Wolves, Carvalho was picked to play on the left-wing – replacing Alex Oxlade-Chamberlain in the Liverpool starting line-up.

His performance was encouraging and showed a lot of promise for the highly-rated talent, who hadn’t made an appearance for the Reds since before the World Cup.

Whether it was enough to earn him a starting place in the team to face Chelsea on the weekend, remains to be seen. 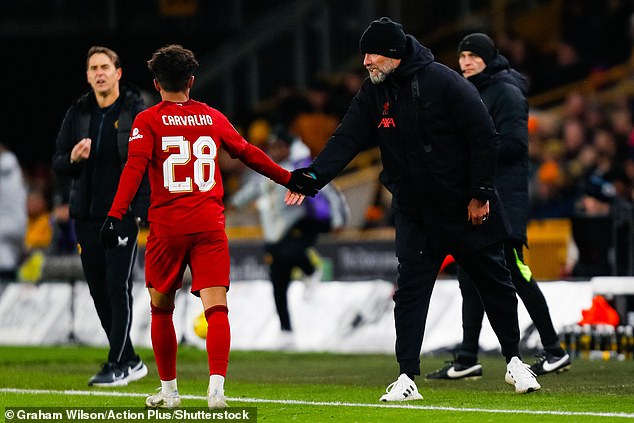