EXPRESS INFORMER > News & Politics > Shoppers are paying up to 180% more for vegan food than for meat equivalent, research finds

Shoppers are paying up to 180% more for vegan food than for the equivalent meat-based product, research finds

Shoppers are paying up to 180 per cent more for vegan food than for the equivalent meat-based product, research has found.

Four in five vegan goods cost more than their meat versions, according to a study commissioned by sports insurance brand Insure4Sport.

It was noted that Marks & Spencer’s £2.25 Plant Kitchen ‘No Pork’ sausage rolls were £1.45 more expensive than their 80p meat alternative – both of which weighed 120g.

Many ingredients in the vegan products are more affordable, but the price can be driven up by development methods such as blending stages and heat processing.

Marks & Spencer’s £2.25 Plant Kitchen ‘No Pork’ sausage rolls (pictured above) were £1.45 more expensive than their 80p meat alternative – both of which weighed 120g

Waitrose’s one litre carton of oat milk is also priced at £1.55, compared to a litre of semi-skimmed cow’s milk that costs just 89p.

A spokesman for Insure4Sport told The Times: ‘On average, buying a vegan supermarket product twice a week would equate to a spend of £291.20 per person over the course of a year.

The report also found that, considering the weights of goods, the vegan products were around 26 per cent more expensive on average.

Waitrose saw shoppers preparing for Veganuary earlier than ever this year, with vegan searches on their website seeing an increase compared to the same time in 2020.

Deliveroo also saw a huge increase in demand for vegan food in 2020, with orders of plant-based dishes up 163 per cent on the previous year.

Meanwhile, Wagamama previously announced that half its menu will be meat-free within a year. 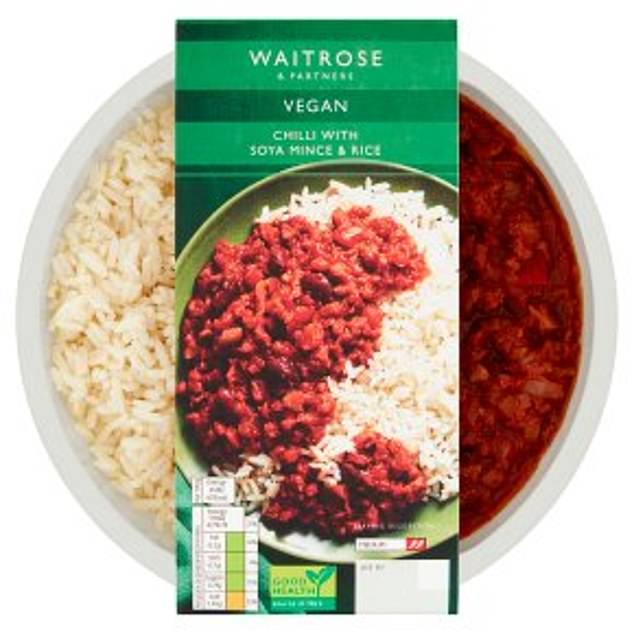 Waitrose’s £3.75 Vegan Chilli with Soya Mince and Rice (pictured above), which weighs 400g, costs £1 more than its 450g meat counterpart 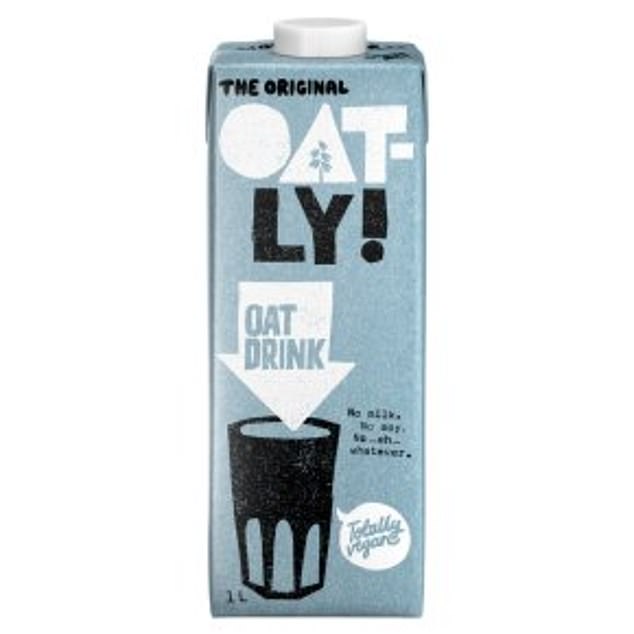 The supermarket’s one litre carton of oat milk (pictured above) is also priced at £1.55, compared to a litre of semi-skimmed cow’s milk that costs just 89p

The launch on January 5 added a raft of meat-free alternatives to its popular dishes such as vegan chilli squid, sticky ribs, firecracker curry and no duck donburi.

An M&S spokesperson told MailOnline: ‘At M&S, we’re committed to offering our customers trusted value across our food products and we work hard to ensure our plant-based alternatives are priced in line with our meat products.

‘We’re always working to innovate our recipes and processes so we can continue offering great value to our customers.’