A British shopper has won praise online for her ‘genius’ hack of folding and storing empty carrier bags small enough to fit into a tray.

Posting on TikTok, the woman, who is believed to be from the UK, demonstrated how she folds empty plastic bags for optimal storage.

The nifty origami style trick quickly caught the attention of thousands online, who hailed her as a ‘genius’ for the nifty hack. 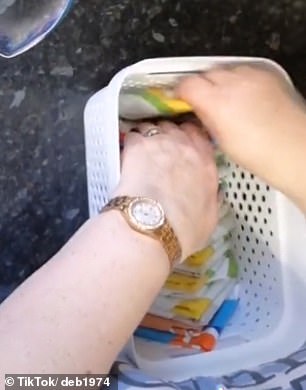 TikTok user @deb1974, who is believed to be from the UK, has been dubbed a ‘genius’ after sharing a hack for folding carrier bags 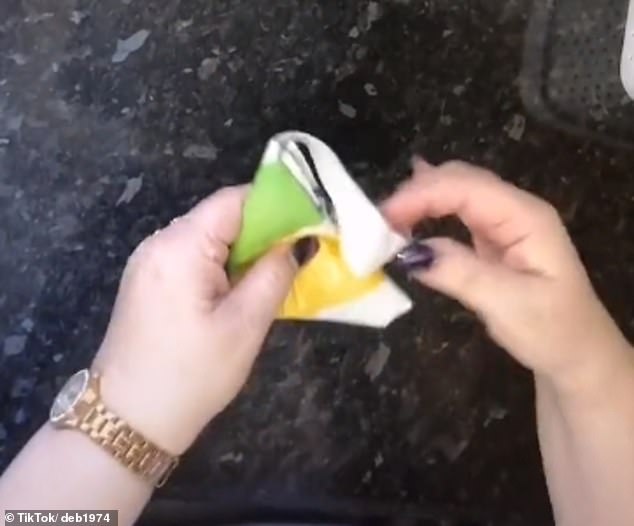 The anonymous woman neatly folded an empty Asda bag for life into a pyramid, securing it in place using one of the bag’s handles

The woman began the clip by placing a carrier bag from Asda on a flat surface, ensuring that it was free from trapped air or any forgotten purchases.

She then folder the bag horizontally into three equal sections, before repeating the method vertically.

To achieve a neat triangle shape, the TikTok user then folded the bag in half twice and used one of the bag handles to secure in place.

The woman completed her tutorial by placing the finished results in a tray containing around 20 other perfectly folded carrier bags. 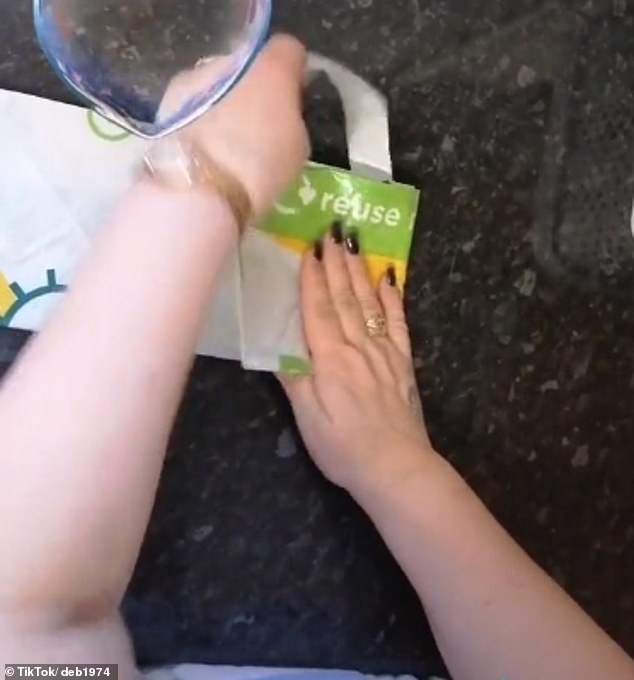 The woman began the hack by folding the bag horizontally into three equal sections, before repeating the process vertically (pictured) 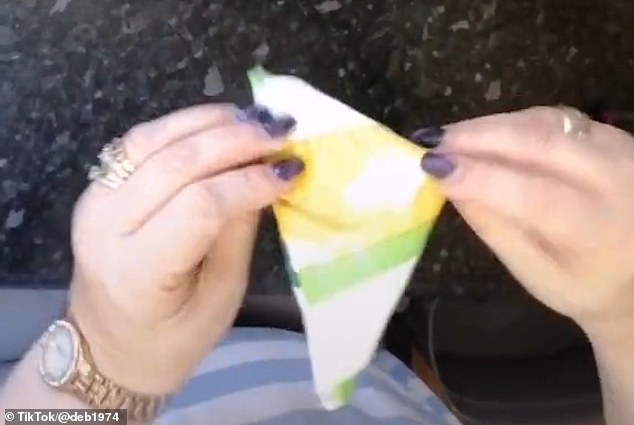 Despite posting the clip without a caption, she racked up over 80,000 likes and a stream of comments.

The woman who boasts over 3,000 followers, explains on her account that it’s dedicated ‘hinching , space-saving, cleaning’.

Over 1 million users have watched her clip demonstrating how to fold an Asda shopping bag, with one commenting: ‘Now I have something to do during quarantine… thank you ever so much.’

‘This is quite possibly one of the best ideas I have seen yet! Thank you!’ another added.

A stream of responses to the post praised the hack, admitting they will be trying it for themselves during lockdown