This is the moment popular reggae singer and opposition leader Bobi Wine was arrested after he was certified as a candidate in the next year’s election.

The video shows the exact moment the Ugandan singer is dragged violently out of his car by police and arrested.

He was later released and transferred to his home in Magere.

His party, National Unity Platform, said in a statement that police had smashed his car windows with a hammer and threw him into the police van.

Their post on social media  states Wine’s home has turned into ‘a war zone’.

Robert Kyagulany, Wine’s real name, is hoping to unseat Yoweri Museveni, who has been Uganda’s leader since 1986.

‘He’s been brutalised by police and military. They’ve blocked him from proceeding to launch his manifesto at office. 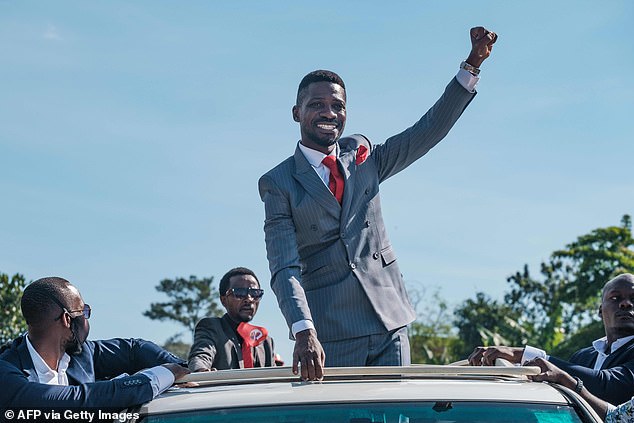 Robert Kyagulany, as it is his real name, is hoping to unseat Yoweri Museveni 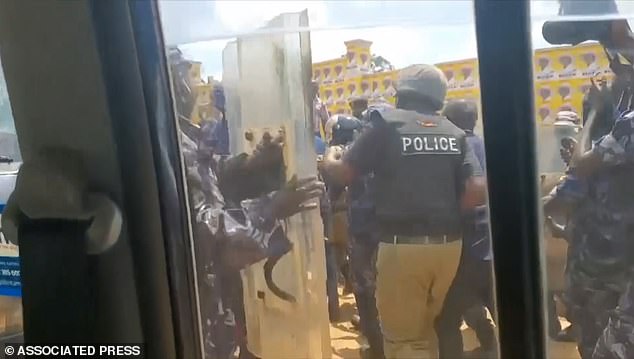 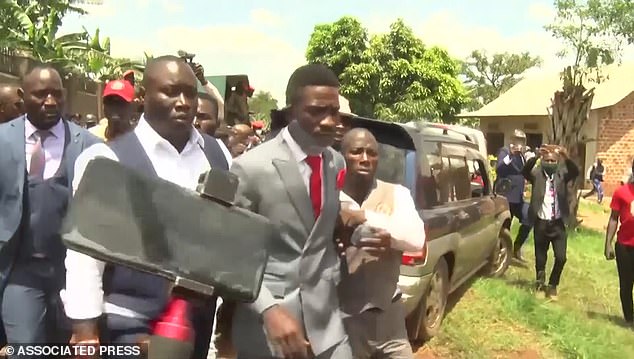 ‘It’s clear Museveni & his regime are in so much panic. ‘

It said: ‘He was forcefully removed from his vehicle, and a fracas ensued in the process of transferring him to the Police Vehicle. He was eventually safely delivered to his home in Magere. ‘

A large number of Wine’s supporters were also arrested after clashing with police, outside the nomination centre in Kampala.