A pair of teenagers recently filmed themselves surfing above a train in Mexico City before sharing the footage on social media.

One of the teens recorded the daredevil moment as they were perched atop the front car on the 4 Line.

‘Here we are, Donovan and I, on top of the metro,’ the teenager said.

Donovan, a teen from Mexico City, gives his friend the sign of approval after they recently recorded themselves riding atop a subway car and shared the video on social media 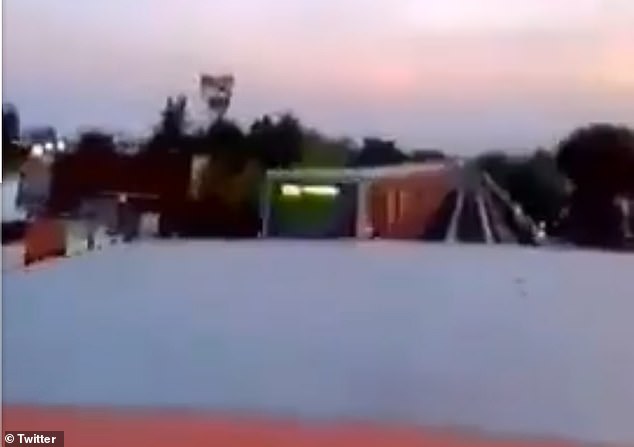 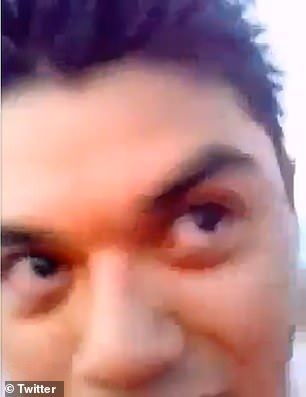 He then turned the camera to his friend, who smiled and gave him a thumbs up as the train raced down the elevated tracks.

He subsequently sent his regards to another friend of theirs, perhaps teasing him for skipping out on the dangerous joy ride.

‘I dedicate this video to you, Jorge,’ he said while he and his friend were lying flat on the train’s rood.

Within seconds, a train appeared on the opposite track.

‘Here comes the other one,’ he told his friend Jorge. ‘The other one is coming in front of us.’

The 45-second video comes to an end when the mischievous teen offered his followers a view of the buildings in the area as his partner kneeled on top of the car.

DailyMail.com reached out to Collective Transportation System for comment.