Police in New York City are searching for a gunman who was caught on surveillance video casually strolling up to a group of people holding a vigil before opening fire and hitting one man in the chest.

According to the NYPD, the shooting took place in front of 542 Gates Avenue in the Bedford-Stuyvesant section of Brooklyn just after 9.30pm on September 23.

Several people were sitting on the sidewalk as part of a vigil when a man in a hooded sweatshirt and a mask walked up to them, with one hand tucked into his pocket and another holding a gun.

The gunman appears to target a man sitting in a chair on the sidewalk and shoots him multiple times, causing him to fall 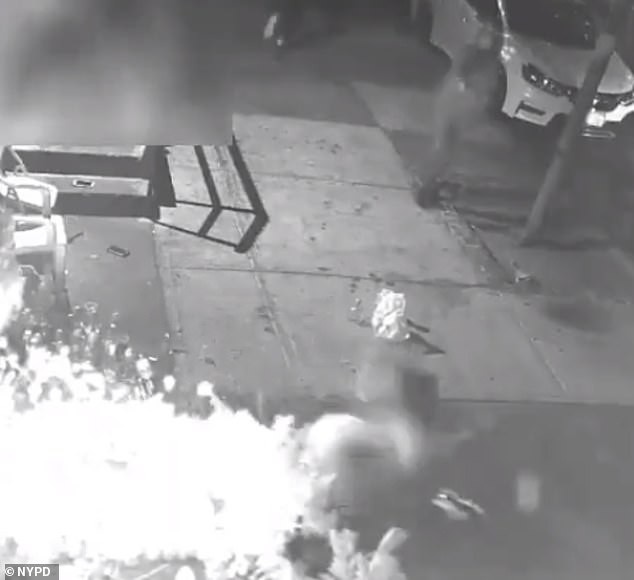 The 34-year-old victim attempts to roll away from the gunfire, but the shooter continues squeezing off rounds at him

The short surveillance clip released by the police shows the gunman immediately opens fire, sending the vigil attendees fleeing for their lives.

He trains his gun on one person in particular, firing multiple rounds at him.

The target of the attack falls off a chair and tries to roll away as the shooter continues firing on him, squeezing off at least three rounds.

The 34-year-old victim was taken to Kings County Hospital with multiple gunshot wounds to his chest and right arm. He was described as being in stable condition and was expected to survive. 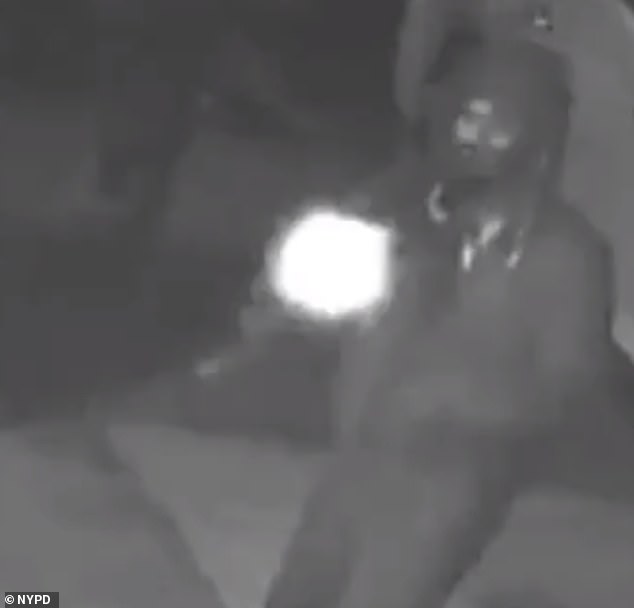 Officials said it is unclear what the purpose of the vigil had been.

A $2,500 reward is being offered for information leading to an arrest.

Anyone with information on the shooter is being asked to call Crime Stoppers at (800) 577-TIPS.