Distressing beachcam footage showed a toddler being mauled by a coyote on a California beach for 15 seconds before her family members noticed.

Video footage taken by a surveillance camera positioned some distance away from the shoreline at Huntington Beach caught the moment the animal went after the youngster knocking over her onto the sand.

It then sunk its fangs into the youngster’s head, and savaged her in full view of the camera.

Family members who were with the child didn’t even appear to notice what was going on feet away from them as the animal carried out its vicious attack on the little girl.

A youngster was viciously attacked by a coyote at Huntington Beach in California. The animal can be seen prowling in the far left of the frame 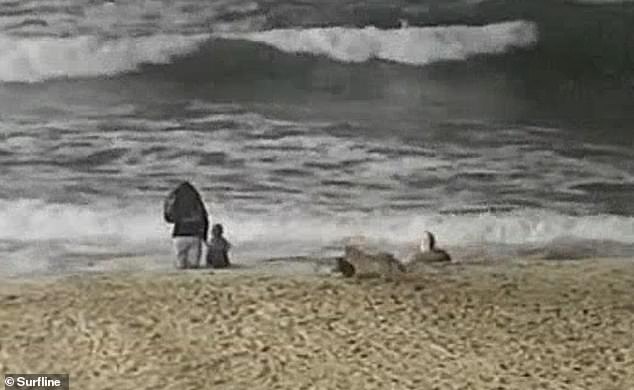 The incident occurred when a mother took her two children to the ocean to paddle. She did not notice what was happening to one of her kids just feet away

The coyote can be seen prowling towards the child before making its move and pouncing, knocking her to the ground in the attack which occurred north of the pier at about 9:45pm.

Video shows the animal mauling the child’s face for around 15 seconds before she was able to get away.

The youngster who is expected to make a full recovery, then got up and ran to one of its parents who reacted in horror.

The little girl, aged between two and three, was rushed to a hospital by ambulance, with serious but non-life-threatening injuries. 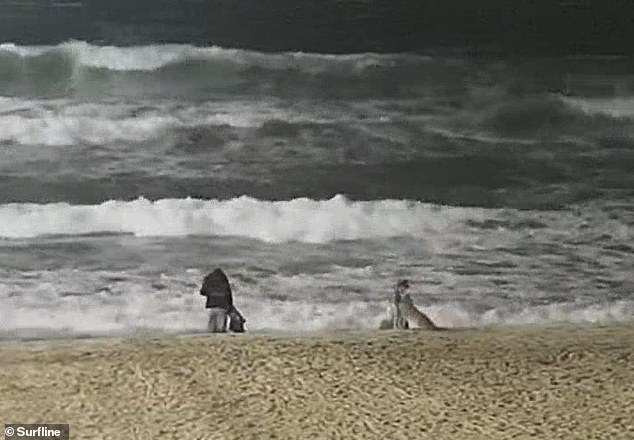 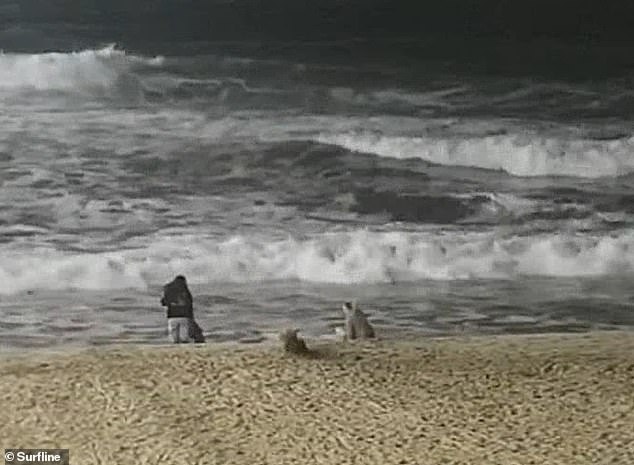 Authorities set about searching for the animal that carried out the attack and shot two coyotes dead.

There was hope that at least one of them may have been the animal responsible according to TMZ, however later on Friday it was confirmed neither were involved in the attack.

The LA Times reported that another coyote – believed to have been the one behind the mauling – was also shot, but survived its wounds, and scurried away before cops could catch it.

Officers took samples from the girl’s wounds  and an autopsy will be performed on the dead coyote to determine if it had rabies.

‘There’s no evidence to suggest the coyote was rabid, but that test will certainly help alleviate any concerns the family might have,’ Captain Patrick Foy with the Huntington Beach Police Department told the LA Times.

Foy was unable to say why the attack occurred. The family did not appear to be doing anything to provoke the wild animals.

Such encounters are relatively rare, Foy suggested that people who encounter the wild animals should try and scare them away by making loud noises.

‘Don’t feed them. That’s the most important thing we can do as a society to keep coyotes from being too comfortable around people,’ Foy said. 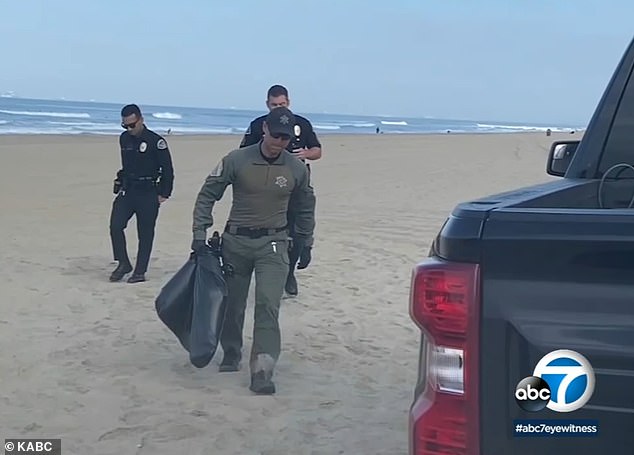 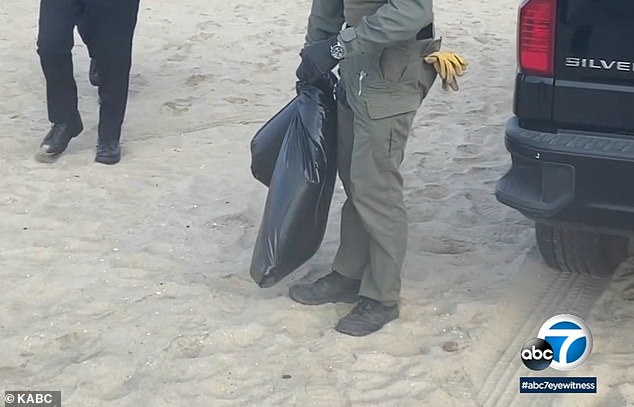