There’s a shock new role for Aussie cricket superstar David Warner as the 100-Test veteran prepares for life beyond the picket fence.

The 36-year-old opener, who pulled off a phenomenal double century on the Boxing Day Test while criticism mounted over an extended run of poor form, is set to become the latest legend to step into the commentary box.

Having already made guest appearances providing special comments, the effervescent Warner is expected to make a seamless transition to the box once he eventually hangs up the baggy green.

David Warner, pictured with wife Candice, has found a new role – cricket commentating – with retirement on the horizon

It comes as Cricket Australia confirmed a $1.5billion broadcast rights deal on Tuesday, with Foxtel and Channel 7 to continue their partnership with the nation’s governing body until 2031.

Former cricket legends like Justin Langer, Matthew Hayden, Ricky Ponting, Adam Gilchrist, Allan Border and Mark Waugh are just some of the game’s figures who have proved to be a hit this summer across both broadcasters.

Sadly, the tragic deaths of enormous cricket personalities Andrew Symonds and Shane Warne have led a gaping hole in Fox Cricket team, however.

There will be never be another ‘Simmo’ or ‘Warnie’ of course, but Warner shares a desire to share his mind no matter the consequences like Warne.

And a similar boyish enthusiasm to Symonds that belies a cold, calculated cricket brain that is often under underestimated.

Foxtel CEO Patrick Delany had a pep in his step as he addressed media at the Sydney Cricket Ground (SCG) following the confirmation Cricket Australia had chosen the reliability of the pay TV broadcaster over the huge money thrown at them by the American-owned Paramount+. 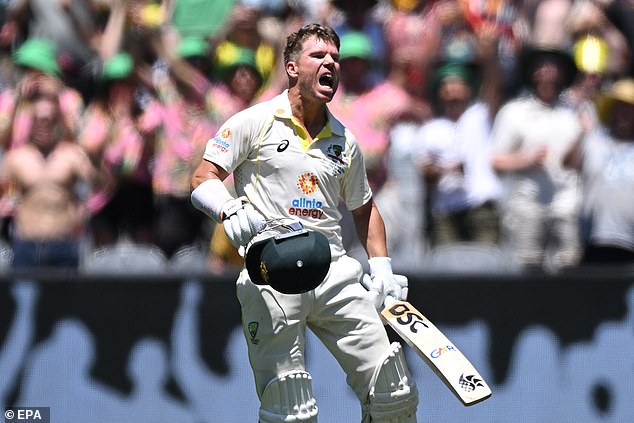 ‘I think it’s not possible to replace Shane (Warne) and Andrew (Symonds),’ he told reporters from the hallowed SCG turf ahead of Wednesday’s Test.

‘We’ve thought long and hard about what we might do with the coverage. When you’ve got names like Gilchrist and Guha, Hussey, Border, Waugh, Mel Jones, it’s a very, very big team.

‘(But) if you had one shot though at a commentator of the current crop to replace those two, you’d probably have to say Dave Warner is the name,’ said Delany.

The Fox chief, who has been in the hot seat at the satellite and streaming service since 2018, lauded Warner as the next big thing in commentary and confirmed the broadcaster was rolling out the red carpet. 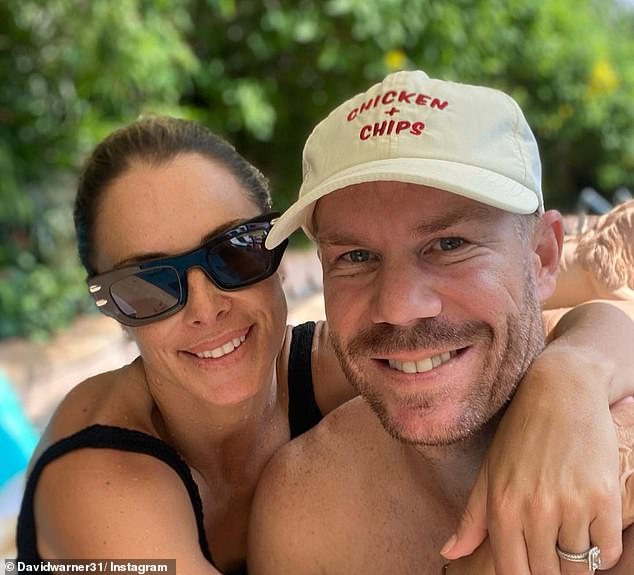 Foxtel believe the bullish Warner (right, pictured with wife Candice) will be very popular with cricket fans behind the mic, backing his reputation as a ‘fighter and brawler’ to shine through with the audience

‘He’s (Warner) a brawler, he’s a fighter, he’s exciting. From the moment he stepped out on the patch, I remember in the Big Bash in 2011 when he first came to real dominance, we’re very glad that we’ve now signed him for now and the future,’ Delany said.

‘I think he’ll be a very, very good cricket commentator.

‘We’re using him at the moment, he sporadically comes on. When he chooses to retire, he’ll come on with us … for as long as he wants,’ said Delany, appearing to provide an open chequebook for the foreseeable future. 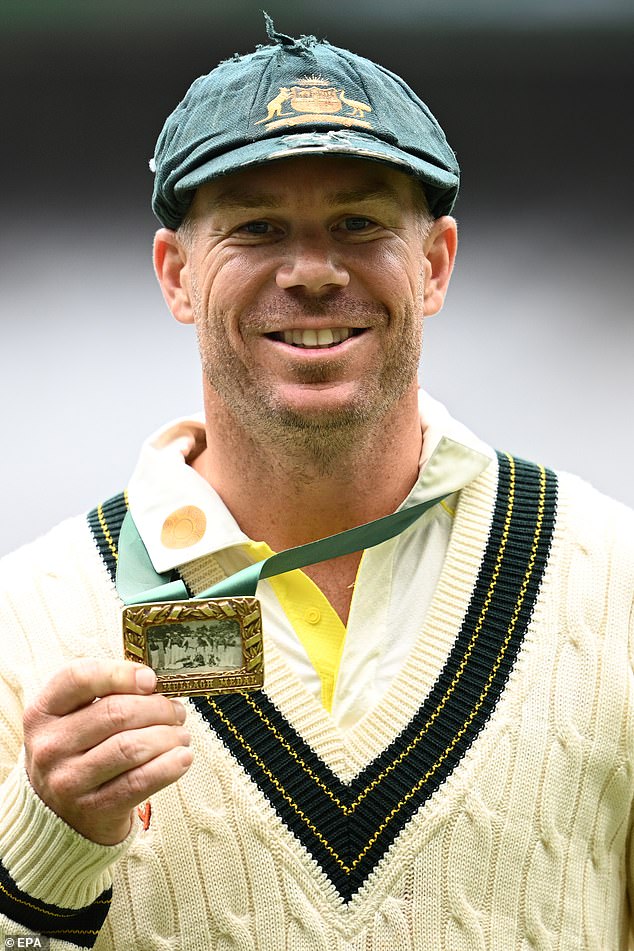 For his superb 200 in the Boxing Day Test, David Warner won the Mullagh Medal and is set to continue his Test career for the foreseeable future

‘When he (Warner) came out to bat you could double your audience. He made cricket exciting,’ he told Fox.

‘And he’s the same in the twilight of his career as he was in the beginning — a swashbuckling, fearless individual.

‘I’ve been around sports broadcasting a long time and believe David Warner is made for commentary the same he was made to open the batting,’ said Crawley.

Of course Warner isn’t retired yet.

Difficult away tours to India and England – where Warner has often struggled – are upcoming, while as soon as this current Test series will be over, the pugnacious left-hander will be going straight into his first BBL season in with the Thunder. 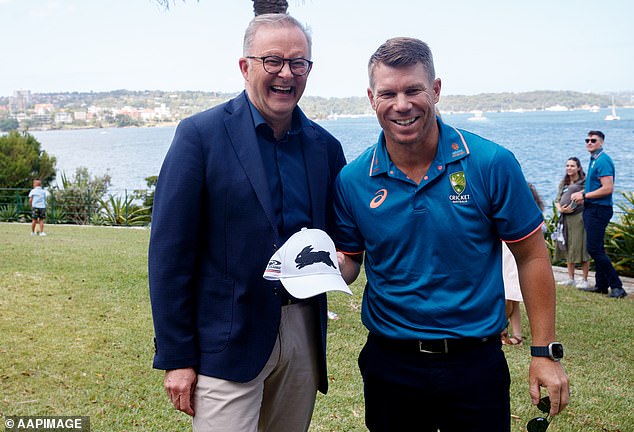 He’s also previously indicated he’d like to play in this year’s ODI World Cup and the T20 World Cup in 2024 – despite his form drastically slipping in both formats.

Warner has long been shrewd when it comes to thinking of life after cricket and diversifying his life.

Among the business interests the veteran opener worth an estimated $20million has been involved in includes horse ownership marketplace Black Type X, a Victorian brewery of which he is director, 666Vodka and numerous investment properties to go with a slew of other projects.

You can now add commentary to that ever-growing list, and no doubt he will thrive in the spotlight.