As the calendar flipped to 2021, the police investigation into the deaths of Canadian billionaire philanthropists Honey and Barry Sherman entered its fourth year.

The double homicide remains unsolved, but recently released court documents reveal more details about the discovery of the couple’s bodies in December 2017 and that their son Jonathon told police the Shermans had enemies.

Toronto police have said they have a number of people who they consider persons of interest and, in a statement to CBC News, insist the case hasn’t gone cold.

“The investigative team has had a high level of co-operation throughout this very active and ongoing investigation and investigative steps are being taken every single day,” according to Toronto Police spokesperson Connie Osborne.

“We are committed to bringing closure and justice to the family and the community.”

Barry Sherman, 75, the founder and chairman of the board of generic drug giant Apotex, and his 70-year-old wife, Honey, were found dead in the basement pool area of their home on Old Colony Rd. in Toronto’s North York neighbourhood on Dec. 17, 2017.

Their bodies sat side by side, legs outstretched with belts looped around their necks and attached to a pool railing.

The causes of death were determined to be ligature neck compressions, a type of strangulation.

It’s been more than a year since the police provided a formal update about their investigation to the public, but more than 300 pages of recently released court documents help paint a picture of what’s been going on behind the scenes.

The four court documents are known as information to obtain submissions, or ITOs, which police present to a court to secure search warrants.

The ITOs show police have obtained warrants to search the Shermans’ phone, bank and health information, as well as computers found in their home and Barry Sherman’s office and lab at Apotex.

The latest ITO, from February 2018, reveals police were investigating possible financial motives for the double homicide.

In the weeks leading up to their deaths, Apotex lost a $500 million court case involving a drug patent. It had also just laid off numerous staff, and more cuts were coming.

While the information piqued the interest of investigators, Barry Sherman’s long-time business partner Jack Kay told them it likely had nothing to do with the couple’s deaths.

“[Barry] would not be fazed by Apotex’s financial situation, as Apotex was only one part of Sherman’s holdings, and they have other money,” Kay told investigators, according to the ITO.

It’s been estimated the Shermans were worth anywhere from $5 billion to $10 billion.

The ITOs also reveal police wanted to know where and how the Shermans were spending their money.

“Bank records would help track their movements,” according to an affidavit sworn by investigators.

The ITOs also say “investigators do not have a detailed understanding of the couple, their friends or possible enemies.” 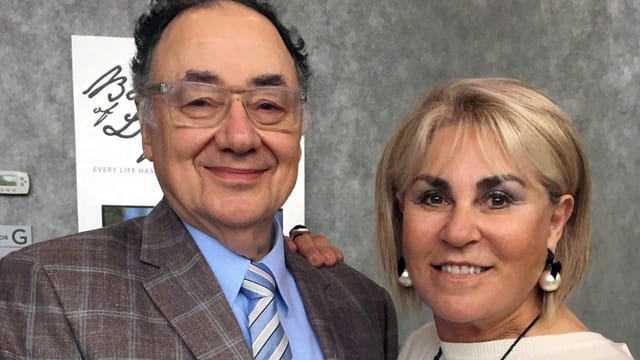 The family of Honey and Barry Sherman is offering a reward of up to $10 million for information that leads to the arrest and prosecution of suspects in their deaths. The billionaire couple was found dead in their Toronto mansion nearly a year ago, and the police have not made an arrest. 3:46

The heavily redacted ITOs don’t reveal much about what police discovered.

They do describe the frantic 911 call that sparked one of the highest-profile murder investigations in Toronto’s history.

Stern, along with realtor Weidong Zhao and two of his clients, made the grim discovery as they wrapped up a showing of the two-storey mansion, which was for sale at the time and listed at $6.7 million.

The ITOs describe how the four moved through the house from the second floor down to the basement toward the indoor pool area.

Stern said she opened the door there and turned on the lights. That’s when she, Zhao and his clients saw Honey and Barry Sherman’s bodies, police recount.

“Stern says it was very weird. They were far away and their heads were elevated and hanging on the railing leading into the pool,” police said.

She would later tell police she thought the couple was doing “some weird yoga thing” before realizing they were actually dead, according to the ITOs.

Zhao previously told CBC News he and his clients thought they had stumbled across some kind of bizarre, leftover Halloween display or a sick joke. “Fake murders” is how he described the scene to CBC News in October 2018.

Zhao said his clients, who were from mainland China, considered it a bad omen to see the bodies and left the home before police arrived.

The ITOs indicate the Shermans’ housekeeper, their personal trainer and a furnace technician had also entered the house that morning, but none of them saw the couple’s bodies in the pool area.

The housekeeper and trainer were first to arrive, around 8:25 a.m., and told police the couple’s house alarm was off. They thought that was odd — it was the first time they had seen the alarm deactivated in the three years they had been working there.

The documents appear to bolster a working police theory that the Shermans were likely killed 36 hours before being discovered.

They suggest the last people to see the Shermans alive were a custom home builder, architect and subcontractor who met with the couple around 5 p.m. ET on Wednesday, Dec. 13, 2017, to go over some details of the new $20 million home they planned to build.

Honey Sherman left the meeting at about 5:30 p.m. and headed home. Barry Sherman stayed at the office for a few more hours to finish some work.

At 6:21 pm, Honey Sherman used her mobile phone to make a five-minute call to a friend. It appears to be the last time family or friends heard from her.

The court documents reveal Honey didn’t answer at least 10 calls to her cellphone that started coming in on the morning of Dec. 14 and continued through the 15th, when the couple was found.

A cleaner told police that Honey Sherman “never” went to the basement because she had “bad legs.”

The ITOs suggest the deaths stunned family and friends for a number of reasons. The Shermans had been married for 40 years with no history of abuse or violence. Not only were they planning to build a new home together; they had planned trips to Japan and Israel, according to the ITOs. They were among Canada’s most generous philanthropists, donating millions of dollars to charity.

However, eight days after their bodies were discovered, their son Jonathon Sherman told investigators during an interview that the couple had enemies.

According to the ITOs, Jonathon Sherman told police his parents “were complicated people and that there are people out there who would have a grudge against them and would have a reason to hurt them.”

The documents don’t reveal who those individuals may have been.

Sherman also described his father as “brilliant but lacking in emotional and social intelligence” whereas his mother was “smart, abrasive, high-energy.”

Publicly, the family made it clear they weren’t happy with the initial police investigation, accusing authorities of bungling it. They hired a team of highly respected retired police officers to launch a parallel probe, which ended in December 2019.

They also offered a $10 million reward for information that would lead to an arrest of their parents’ killer or killers.

As for the home Barry and Honey Sherman shared for 32 years, the mansion was demolished in May 2019.

Ontario’s land registry records show the land was transferred to the Shermans’ estate and children on Aug. 25, 2020.

Two days later, it was sold.