If the people of Amity Island had this, than Jaws may have turned out a lot differently.

Researchers at engineering company Cardno and Bond University have found that a $500 rechargeable device that clips onto surfboards reduces the chances of a shark attack by two-thirds.

The experts tested the device, known as Rpela V2 on great whites at Salisbury Island, Western Australia, long considered a ‘hotspot’ for sharks.

A $500 rechargeable device that clips onto surfboards reduces the chances of a shark attack by two-thirds, according to a new study. It was tested on great whites (pictured) 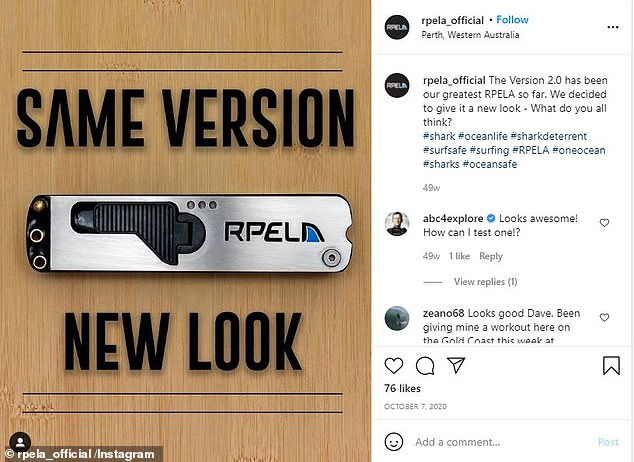 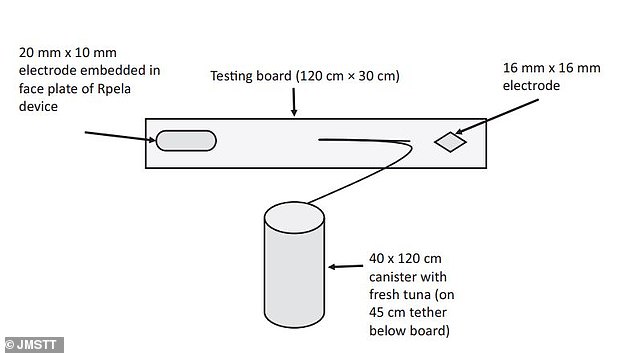 The device clips into the surfboard’s bottom deck and uses an electric field to overwhelm the shark’s electro-reception organs that they use to navigate.

The researchers found that the electric pulse did not endanger the sharks.

‘Such a stimulus does not harm a shark but may encourage a shark to rapidly move away from an area or change its behavior,’ they wrote in the study, likening it to a person who moves away from ‘very loud music that becomes unpleasant.’

The researchers also found that Rpela V2 cut shark interactions (such as a nudge) with surfers by 38 percent, which could give them extra time to get out of the water after they encounter the apex predator.

‘There are many different individual shark deterrents available but most, including some that are very popular, are not effective or have not been independently tested,’ study co-author and Bond University shark expert Dr Daryl McPhee said in a statement.

‘This means surfers may put themselves at risk thinking they have an additional layer of protection when they do not.’ 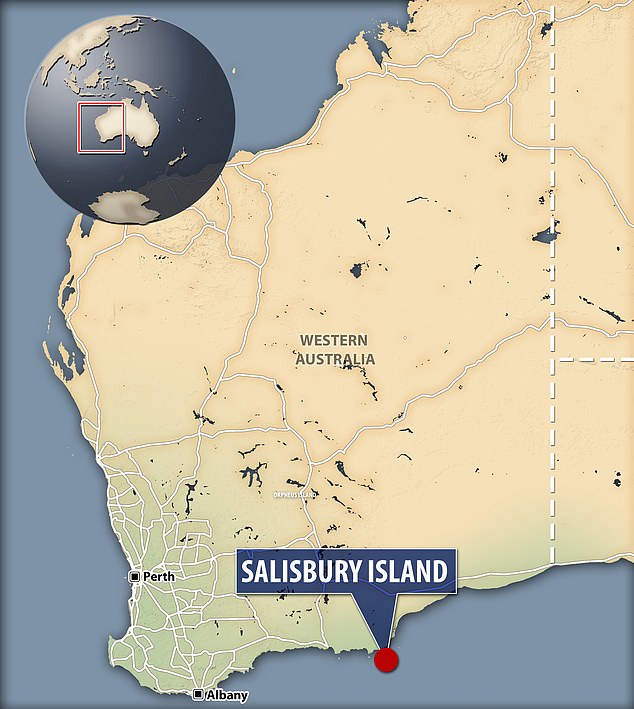 It was tested on great whites at Salisbury Island, Western Australia, an area considered a ‘hotspot’ for sharks 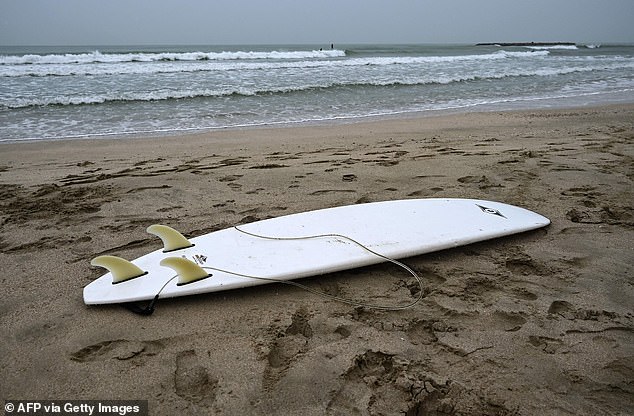 Dr McPhee added that although no shark deterrent is 100 percent safe, it’s important that surfers (who are most at risk of shark attacks) understand electric deterrents are considered the most effective.

‘As well as the Rpela V2 we assessed in this study, electric deterrents developed by Ocean Guardian have been tested several times and have been shown to be effective,’ he added.

‘No shark deterrent is 100 percent effective but when independent testing demonstrates a statistically significant reduction in interactions with sharks, consumers can be confident that safety is enhanced.’

The findings were published in the Journal of Marine Science and Technology.

The study comes as the level of shark attacks have increased on the continent, with 18 unprovoked attacks occurring in Australia in 2020, according to the International Shark Attack File (ISAF), despite the COVID-19 pandemic.

Despite the low figure, due in part to the COVID-19 pandemic, 10 people died from shark attacks in 2020, the highest figure since 2013, something experts described as ‘an unusually deadly year.’

The ISAF noted, however, that ‘short-term trends still show both fatal and non-fatal bites to be decreasing’ and the higher number of incidents in Australia ‘is not cause for alarm.’

The average of unprovoked shark-related fatalities is four per year.

Just over two percent of the known 548 species of sharks have been known to attack humans, but three – bull sharks, great whites and tiger sharks – are responsible for a great majority of them.

The odds of being killed by a shark in the US are more than 3.7 million to 1 according to the ISAF, with USA Today noting that bees, wasps and dogs kill more people domestically than sharks.