Shaquille O’Neal is a man of his word as he hilariously devours FROG LEGS to pay up on bet after Georgia beat TCU in the National Championship… but he claims they taste good!

Shaquille O’Neal showed he is a man of his word, indulging in some fried frog legs on Thursday night, following a lost bet.

The NBA funnyman made a wager with Inside the NBA colleague, Ernie Johnson, a 1978 graduate of the University of Georgia – who obliterated TCU 65-7 in the college football national championship Monday night.

Last week, O’Neal was confident the Horned Frogs would be victorious, so much so that he put his, well, mouth where his mouth was.

He came through before tip-off, devouring the fried treat delivered on a platter by Johnson, adorned in a Georgia football helmet, in another hilarious night on the program.

‘I’m a man of my word, Ernie,’ O’ Neal said. Then, Shaq asked the camera to zoom in before smiling with frog legs all over his teeth, saying ‘I just wanna let y’all know these frog legs good.

‘These the best frogs legs I done had ever in my [life]. These good, Ernie. You didn’t think I was going to do it, did you?’ 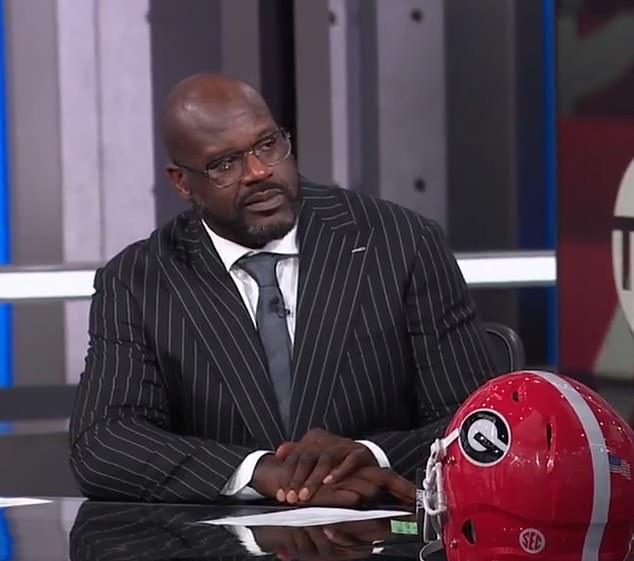 ‘If Georgia beats TCU I will eat some frogs. I’ll eat a horned frog,’ O’Neal had declared with a deadpan expression before the showcase.

‘I’d love to see it,’ Johnson said. Seemingly, NBA on TNT’s social media team were in lockstep with its host, teasing The Diesel following the Georgia beatdown.

The Cinderella story ended promptly for TCU, though it was a dream finale for the Georgia Bulldogs and departing quarterback Stetson Bennett, who had six total touchdowns. 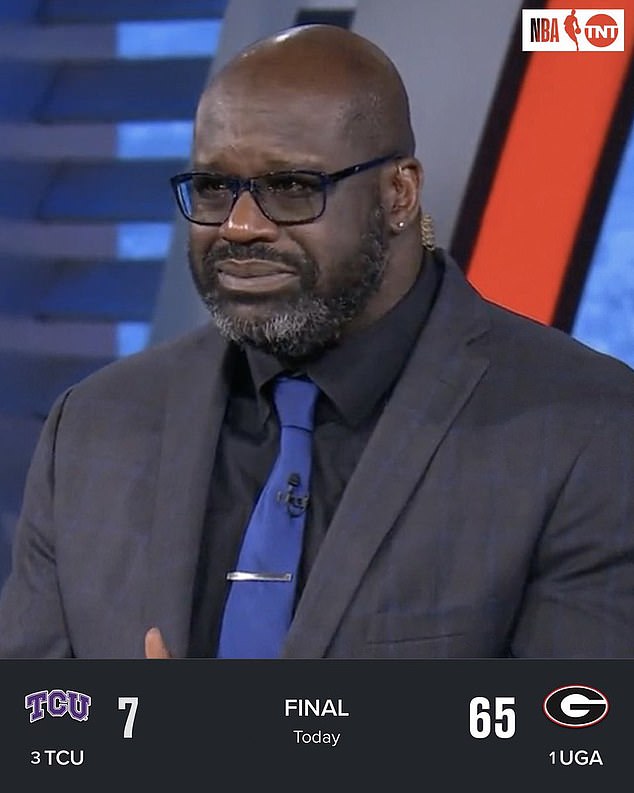 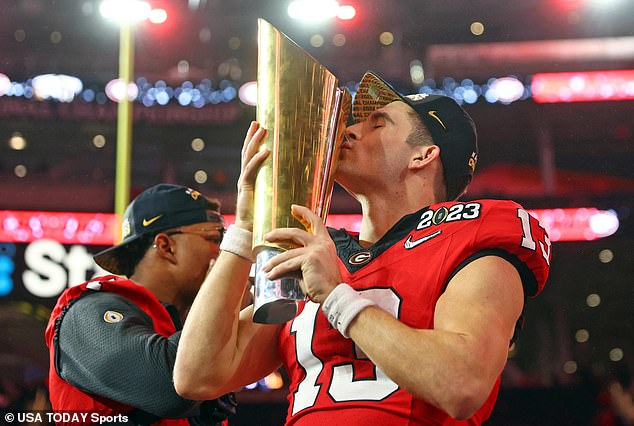