Departure: Brian Bickell joined Shaftesbury in 1986, the same year it was founded by the Levy family

West End landlord Shaftesbury has said its long-serving boss will step down once a possible merger with Capital & Counties Properties is completed.

The two London commercial property giants confirmed they were in talks about a £3.5billion mega-merger this morning.

Brian Bickell joined real estate investment trust Shaftesbury in 1986, the same year it was founded by the Levy family, before becoming its finance director a year later and ascending to the chief executive role in 2011.

Executive directors Simon Quayle and Tom Welton will also leave the company, a prominent property owner in London’s Chinatown district, after working there for more than three decades.

Their departure will happen once Shaftesbury’s potential tie-up with Capital & Counties Properties – known as Capco – is settled, which would create one of the world’s largest listed commercial property businesses.

Under the currently proposed deal, Shaftesbury shareholders would possess a 53 per cent stake in the business, while Capco investors would hold the remaining 47 per cent.

Bosses at Shaftesbury warned: ‘Discussions are ongoing and the full terms of a possible merger have not been finalised. There can be no certainty that an offer will be made.’

This led to suggestions that it would launch a hostile takeover of the FTSE 250 company, whose property portfolio was valued at around £3.8billion just before the pandemic struck. 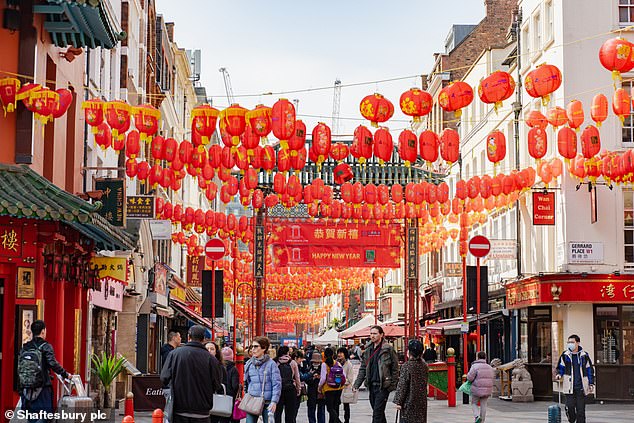 Following two very challenging years beset by declining rent collections and waivers, and increasing vacancy rates, that estate is now worth about £3.3billion.

Retail tenants renting the group’s Central London properties have traditionally relied on commuters and international tourists for trade, yet harsh travel restrictions and the rise of hybrid working have led to a massive slump in their numbers.

In addition, pubs, restaurants, and popular cultural attractions, such as theatres, museums, and art galleries, were forced to shut their doors or operate under strict capacity limits for much of 2020 and 2021 due to their ‘non-essential’ status.

But as rules on travel and trading have loosened, office workers and tourists have started coming back in significant numbers, though not at the levels before the pandemic’s emergence.

Amidst a broader downturn on the London markets, Shaftesbury shares fell 3 per cent to 559.5p in early trading, while Capital & Counties Properties shares declined 3.3 per cent to £1.60.