A woman being held as a sex slave with a metal collar soldered to her neck had been held in captivity for nearly a month — and was only able to escape when her abuser took his son to school, court documents reveal.

The unidentified 22-year-old told in excruciating detail how she had been raped and beaten by 39-year-old Timothy Haslett Jr for almost a month straight after he picked her up from Prospect Street in Excelsior Springs, Missouri at the beginning of September.

He then allegedly brought the woman to his home nearby, where the woman says she was kept in a small room he had built in his basement.

For nearly a month, the woman claimed, Haslett whipped and raped her multiple times while she was restrained with handcuffs on her wrists and ankles.

She said she was only able to escape the horror house on Friday after Haslett brought his son to school.

The victim also told police that there were potentially two other victims, according to The Kansas City Star, though that has yet to be confirmed.

It remains unclear how the woman was able to escape captivity, and whether she knew her abuser beforehand.

Haslett, who works as a contractor for construction company M&H Contractors, pleaded not guilty to the charges in Clark County Circuit Court on Tuesday, when he was assigned a public defender.

A 22-year-old woman who was allegedly held as a sex slave for nearly a month said she was only able to escape when Timothy Haslett Jr., 39, took his child to school on Friday 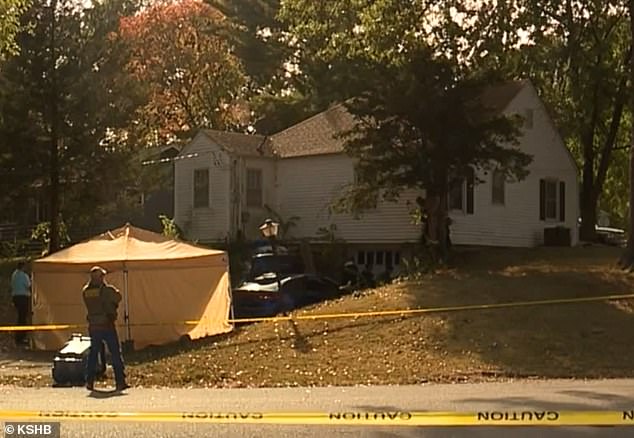 Lisa Johnson, who lives in the neighborhood, first  spotted the emaciated woman covered with bruises as she struggled to crawl up her porch steps on Friday.

‘She didn’t have much of a voice,’ Johnson told KSHB News. ‘It was more of a light “help me” than anything.’

Johnson rushed to call the police as the captive woman insisted ‘he’d kill [them] both’ before she fled to a different neighbor’s home and got help. 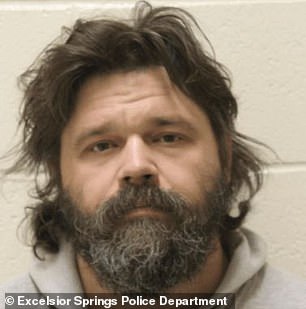 Haslett is charged with first-degree rape, first-degree kidnapping and second-degree assault. He also has a criminal record dating back to 2002

An elderly woman answered immediately answered the door for the victim after hearing her screams outside.

‘She heard a woman screaming and came knocking on the door, so she opened the door and the lady said, “You have to help me, I’ve been raped, I’ve been held captive,”‘ the elderly woman’s relative Ciara Tharp told KSHB News.

‘My grandma could tell she was weak,’ Tharp explained. ‘She didn’t have a whole lot of clothes on. She said she had a metal dog collar around her neck and could see the ligature marks around her wrists.’

Along with the collar, the victim appeared to have duct tape around her neck that may have previously been around her mouth.

The elderly woman rushed to offer the victim a blanket and gave her food.

‘There’s a possibility that my grandma got her in the house just in time,’ Tharp said.

By the time police arrived, the court documents say, they found the victim wearing latex lingerie and a metal collar soldered around her neck with a padlock. She also had duct tape around her neck.

She had injuries consistent with whipping and being held captivity, authorities note. 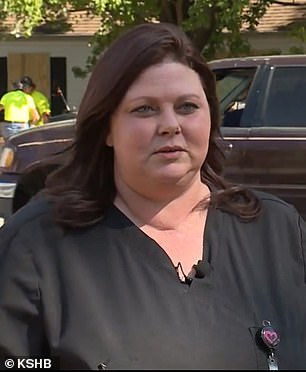 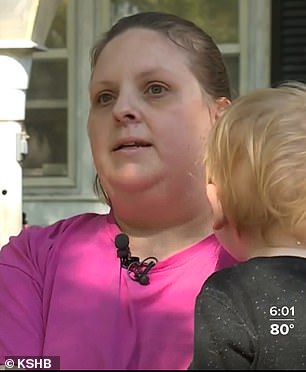 Lisa Johnson (left) was the first to offer help the victim.  The victim then got scared and ran to the house of an elderly woman whose granddaughter Ciara Tharp (right) said got to her right in time

EMTs soon worked to remove the lock from the metal collar around the woman’s neck, police write in the court documents, noting that it was restricting her breathing.

The victim was then taken to an area hospital, pointing out the house she escaped from along the way.

They then arrested him in a traffic stop on an unrelated animal control violation, KMBC reports, before conducting a search of the home — where they said they found the room the victim described.

They also found a slew of firearms Haslett owns at the home.

‘We were able to keep him from getting back into the house, and possibly destroying evidence,’ Dull said. 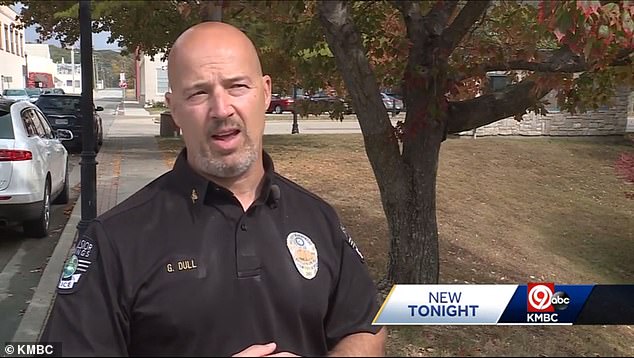 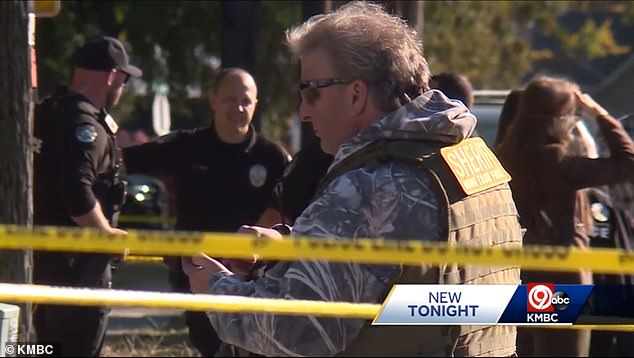 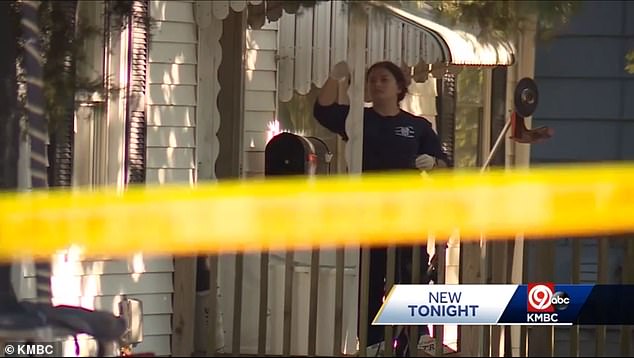 The police department told DailyMail.com they have completed an initial search of the home 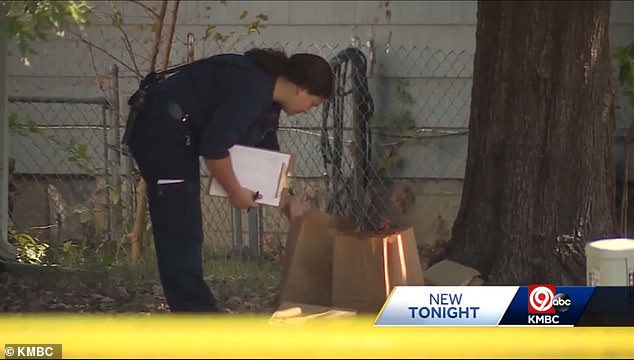 Authorities have not uncovered any evidence yet of any other women being held at the Excelsior Springs home, but are continuing to comb through all of the evidence

In the aftermath, a cadaver dog was brought in to search the property, and video obtained by KMBC showed detectives combing through evidence on the side of the house.

By Tuesday, the Excelsior Springs Police Department told DailyMail.com, the initial search of Haslett’s home is complete, but they are preserving the scene in the event they uncover new evidence that will make them go back to the home.

So far, Dull said, they have not uncovered any evidence of any other women being held in captivity at the home, but they are continuing to go through all of the evidence.

‘We want to see justice is upheld, not only for the victim in this case, but this community,’ Dull told KMBC. ‘We believe that they deserve that.’

Meanwhile, records obtained by DailyMail.com show that Haslett has had a criminal record going back to 2002, when he was accused of providing liquor to a minor.

He was most recently arrested for a misdemeanor traffic violation on January 11, 2022, and was previously arrested on December 30, 2021 for ‘operating a motor vehicle in a careless and imprudent manner involving an accident.’

Other previous arrests include for driving under the influence in his home state of Illinois, operating a motor vehicle, driving on a suspended license and operating an uninsured motor vehicle.

He now has active warrants for failure to appear in court out of Clay and Cooper Counties as well as Liberty, Missouri.

Authorities are now investigating him for potential other crimes, and say he poses ‘a danger to a crime victim, the community or another person.