‘He’s a bit of a god… hats off to him’: Nick Kyrgios is full of praise for his Wimbledon final conqueror Novak Djokovic… as he insists ‘composed’ Serb ‘just never looks rattled’ after winning his seventh SW19 title

By Matthew Lambert for the Daily Mail

Nick Kyrgios hailed Novak Djokovic as a tennis ‘god’ after he defused the Australian’s explosive game to win his seventh Wimbledon crown on Centre Court.

The 35-year-old Serb’s 21st Grand Slam title moves him one ahead of Roger Federer and one behind Rafael Nadal on the all-time list.

Playing in his first major final, Kyrgios was unstoppable in the first set but lost his head at times as his opponent’s metronomic consistency wore him down. Djokovic made only 17 unforced errors in three hours to win 4-6, 6-3, 6-4, 7-6.

‘He’s a bit of a god, I’m not going to lie,’ said Kyrgios on court, later adding: ‘I played a hell of a first set and put myself in a position to take a stranglehold of the match.

‘It’s weird, I felt like he didn’t do anything amazing today, but he was so composed. That’s his greatest strength, he just never looks rattled. He looks completely within himself the whole time. Hats off to him. That was a hell of a match.’

In winning his fourth Wimbledon title in a row, Djokovic rescued his season from the fiasco at the Australian Open, where he was deported before the tournament over his refusal to be vaccinated against Covid-19.

The Serb’s coach and fellow Wimbledon champion Goran Ivanisevic said last night that events Down Under would have broken most players. 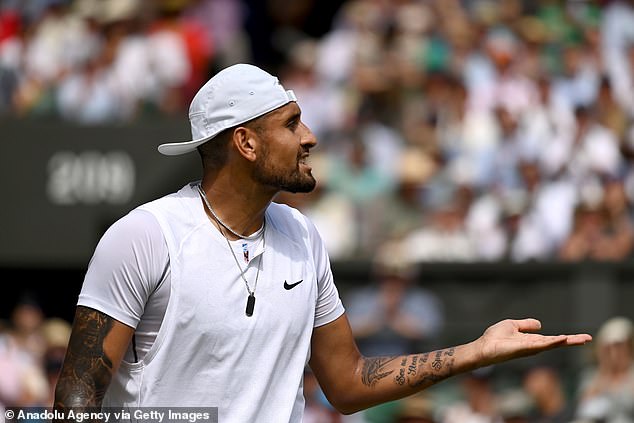 ‘What happened to Novak in Australia, for some people, they don’t recover, they will never play tennis again.

‘It’s unbelievable how he recovered and got through that. For me it’s heroic. I never doubted him. It was not easy, but today is the result. This trophy, this joy on the Centre Court.

‘It’s so beautiful. This is it paying off.’

Djokovic said: ‘I’m over the moon with joy and happiness of experiencing this moment once again. 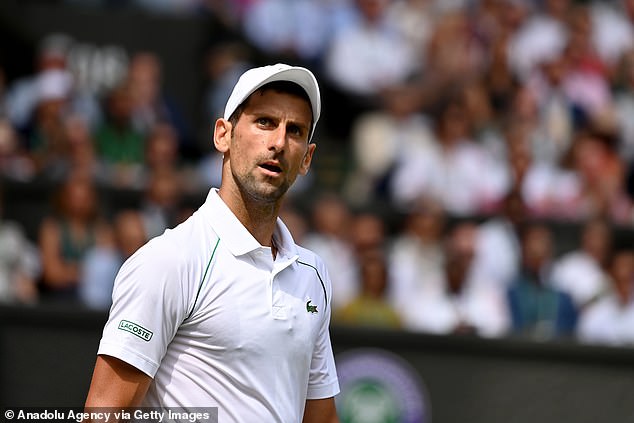 ‘This year started the way it started and it affected me in the first months of the year. Mentally, emotionally, I was not in a good place.

‘Considering what I’ve been through, it adds more value, more significance and more emotions to this title.’

With America’s borders closed to the unvaccinated and Djokovic not considering being jabbed, as it stands this will be his final Grand Slam of the year.

‘I am on vacation,’ he said. ‘Then I’ll wait hopefully for some good news from the US because I would really love to go there.’ Ivanisevic added: ‘Maybe Biden will change his mind.’

Kyrgios’s own schedule is equally up in the air. 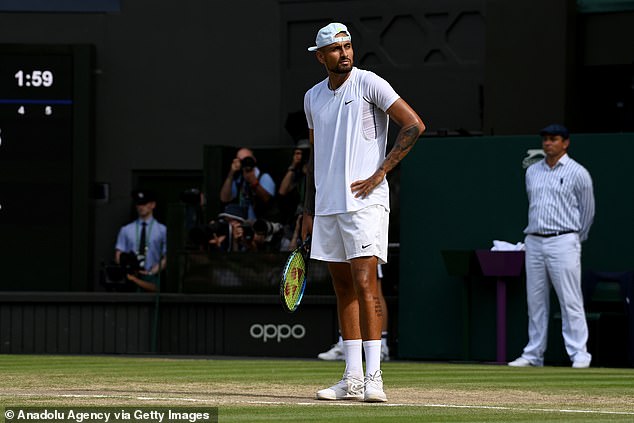 The 27-year-old does not like to travel more than he can help and was asked how this fortnight’s success will affect his desire to put in the time needed to reach this stage again.

‘I’ve been told my entire life winning Wimbledon is the ultimate achievement,’ he said. ‘I feel like if I had won, I would have lacked a bit of motivation to be honest.’

He added: ‘I’m just not supposed to be here. I’m a kid from Canberra. Literally a month-and-a-half ago, I was playing basketball with some boys back home and I said, ‘Look, I think I’m going to have some fun and maybe win Wimbledon’. Then I’m here as a finalist.