A technical glitch has prevented hundreds of residents from accessing their Dine and Discover vouchers just hours before the popular coupons were due to expire.

Time is running out to use any leftover vouchers before they disappear from the Service NSW app at 11.59pm Thursday.

The system crashed on Wednesday night, leaving hungry diners unable to redeem their vouchers for a discounted meal before they go to waste.

The meltdown also sparked chaos and massive queues at Hoyts cinema at Westfield Eastgardens in Sydney’s east, where many movie goers had left it until the last minute to use their vouchers.

‘Something went wrong, We’re unable to upload your vouchers. Try again later,’ a message on the Service NSW app reads. 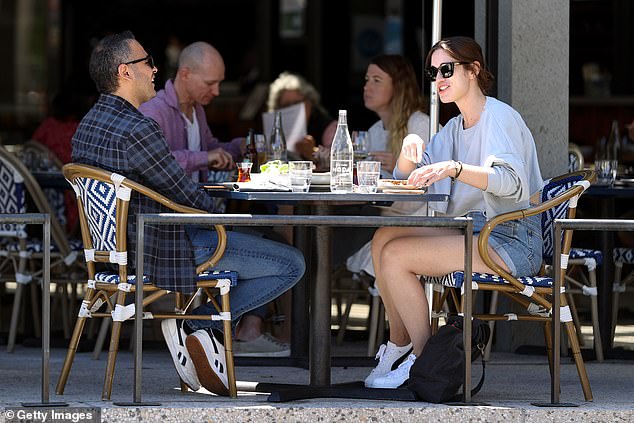 The system crash sparked furious outrage with social media inundated with dozens of complaints about the vouchers not working or scanning.

Have you used your Dine and Discover vouchers yet?

‘Dine and Discover vouchers are not loading right now, possibly because everyone is rushing to use them before they expire. Will this stuff up thousands of people using them?’ one man wrote.

Another added: ‘Unsurprising to see the Service NSW App Dine & Discover vouchers crash and burn on the final night. Watched a dude not even able to claim off a screenshot of the QR so looks like the entire back end has just bottomed out on us all. Hilarious but also, wtf guys.

Diners were furious about being forced to fork out full price for dinner because of the bungle.

‘Went to use our dine and discover voucher before they expires tomorrow. Service NSW owes me a pizza,’ one woman fumed.

One man took his family out to dinner to use his last voucher, which cost $79 instead of $54.

‘Took the family out as the last chance to use it,’ he wrote. 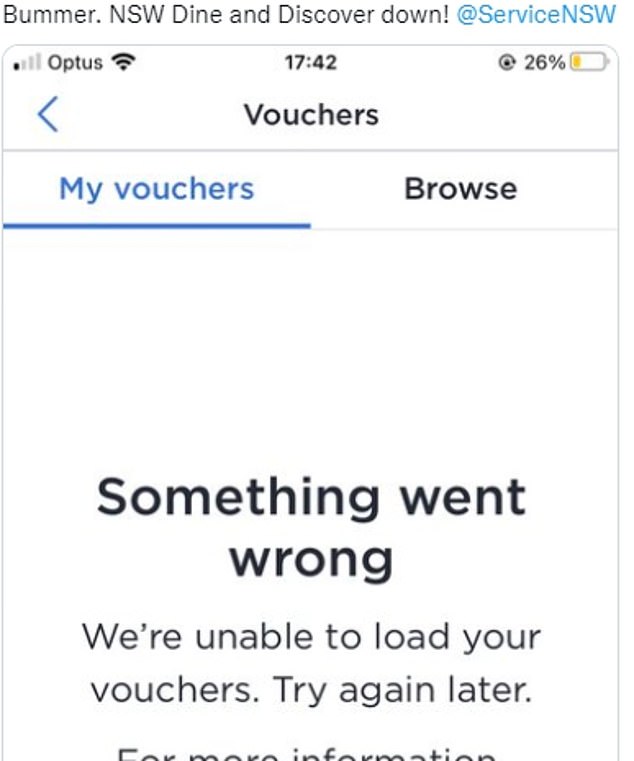 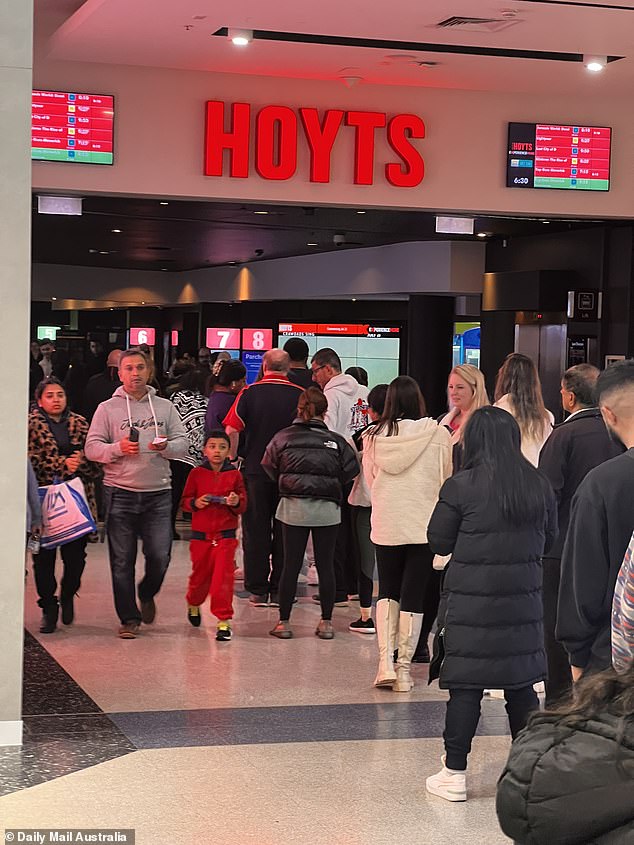 Movie goers were also forced to pay full price for cinema tickets, with queues snaking out the door at Hoyts at Westfield Eastgardens.

Others called for the initiative to be extended a third time.

Daily Mail Australia has contacted Service NSW for comment, which is yet to publicly address the issue.

The NSW government rolled out the popular initiative two years ago to inject renewed life into the hospitality industry struggling to recover from the Covid-19 pandemic.

The vouchers can be used for hundreds of other activities including food and winery tours, bowling alleys and the Sydney Harbour Bridge Climb.

They were originally due to expire 12 months ago but extended after Sydney was plunged into a four month lockdown. 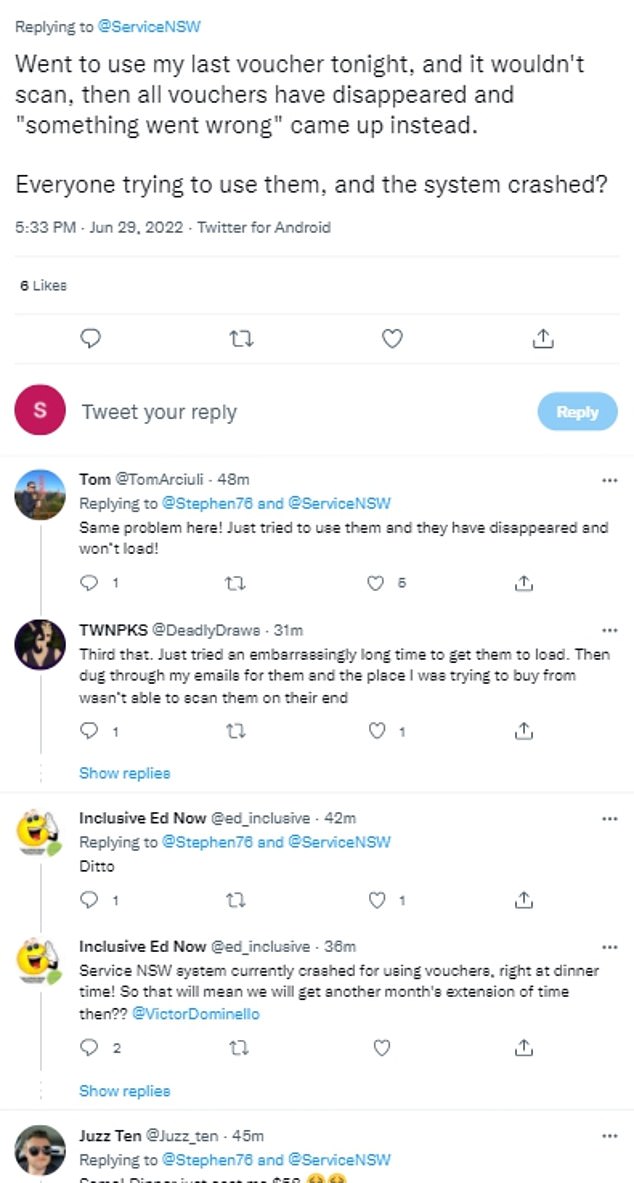 Two more vouchers were added as the program was extended until the end of this month.

The government revealed last week the top 10 areas with the most number of unused vouchers.

Popular dining and entertainment precincts were also in the top 10, including Sydney’s northern beaches, the CBD and Parramatta. 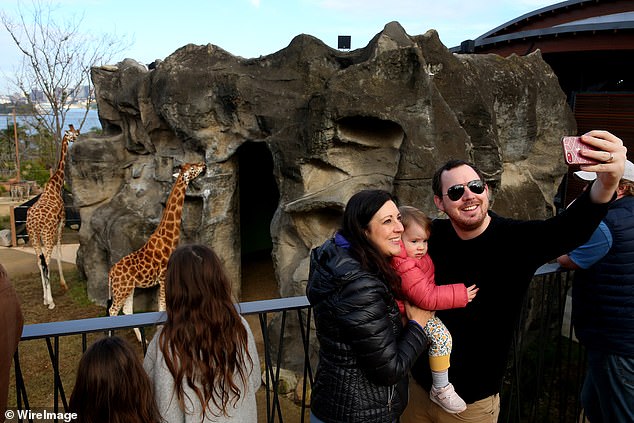 Thursday is your last chance to use your Discover vouchers, which can be used at Taronga Zoo